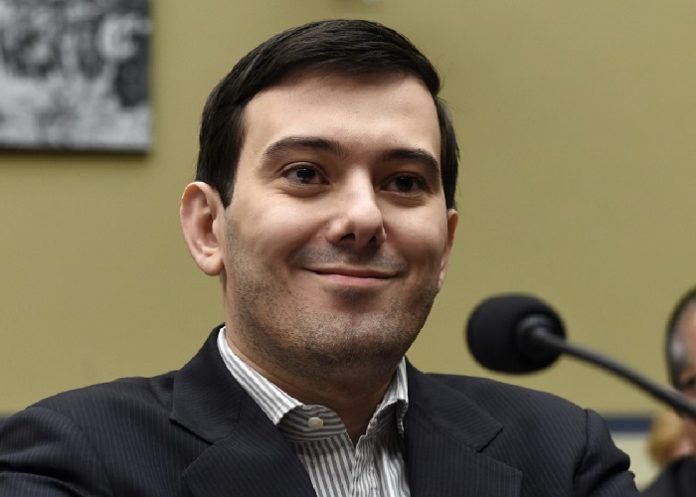 Martin Shkreli is a businessman who has made millions through his often brilliant analytical knowledge of the stock market, but Martin Shkreli also has a complex personality that enjoys conflict and controversy, and his actions in the past have led to him being named as the ‘Most hated man in America’ after a price-hiking scandal that saw widespread condemnation heaped upon him.

But Martin Shkreli has now received what many consider to be a well-deserved comeuppance, in the form of a seven-year sentence in a federal prison and a fine of $7.4 million, after he was convicted of committing securities fraud on March 9th, 2018. Although Shkreli’s crime was nothing to do with his much-publicized price hike of the drug Daraprim, the action that made him the target of controversy in the first place, many see his ultimate incarceration as a satisfactory conclusion to his antics. But how much is Martin Shkreli worth now that he’s behind bars for the next few years? And how is his incarceration likely to affect his wealth? Read on to find out.

How Did Martin Shkreli Make His Money & Wealth?

A year ago, I covered the full story of the Daraprim price-hiking scandal that led to Martin Shkreli being dubbed the ‘Most hated man in America’ by millions Worldwide. At the time the federal authorities were building a case against him for securities fraud, a case that Martin insisted at the time was motivated more by his controversial actions, and abrasive personality, than any actual criminal actions he had taken.

Martin’s trial began in June 2017, and within the first week, his unconventional behavior was creating headlines. He walked into a press-room at the courthouse during a lunchtime break, an unheard of action in itself, and proceeded to tell the assembled media that the US attorneys in Brooklyn were akin to ‘Junior varsity’. That earned Martin a rebuke from the judge, who banned him from speaking to the press again, but most evenings after court Martin would live-stream from his apartment on either Facebook or Youtube, and share his opinions of how the case was going.

At one stage Martin described the case against him as a ‘Witch-hunt of epic proportions’, and when the verdict arrived in August 2017, Martin was found guilty of securities fraud on two counts, as well as conspiracy to commit securities fraud on another, but innocent of five other counts. Martin Shkreli announced via his nightly live-streaming session that he was ‘Delighted’ with the verdict, and was released on bail to await sentencing in March 2018, but even though he was potentially facing up to twenty years in jail, his online actions became even more bizarre.

A series of Facebook posts, claiming that he was being followed by black SUV’s and that he was going to be assassinated, showed that Martin’s long-time habit of creating internet intrigue and controversy had in no way been tempered by his bail conditions. He put his Wu-Tang Clan album, ‘Once upon a time in Shaolin’, up for sale on E-Bay, even though selling the unique album was against the terms of its original sale, and after over $1 million in bids had been scored in a fiercely contested E-Bay bidding war, he removed the album from the auction. Martin’s ever more bizarre behavior eventually culminated in a post where he offered $5,000 if someone could ‘obtain’ a strand of Hillary Clinton’s hair, and it was this post that finally overstepped the mark.

Martin attempted to claim the post was satire, which of course it was, but Martin’s love of pushing the boundaries of acceptable behavior had finally gone too far, at least in the eyes of the judge, who ruled the post was a ‘Solicitation to assault Clinton’, and therefore not protected under the first amendment. Martin’s bail was revoked, and he remained at the Metropolitan Detention Center in Brooklyn until March 9th, 2018, when he was handed his seven-year sentence.

What is Martin’s Financial Situation After his Conviction?

Martin’s career as a trader, financial analyst, hedge fund manager and entrepreneur, has at times showed flashes of brilliance. His net worth at the time of his original arrest in 2015 was reported as $70 million, and his attorney later admitted that Martin’s stake in his company, Turing Pharmaceuticals, was worth somewhere between $30 to $50 million. Martin Shkreli’s current net worth was reported as $27.1 million by Bloomberg in February 2018, but many financial pundits consider that the true figure could be much higher.

What will happen to the Wu-Tang Album ‘Once Upon a Time in Shaolin’?

Martin has been ordered to pay a fine to the federal government of $7.4 million in assets. The court also ordered that if the money could not be raised, the Wu-Tang album, as well as a Picasso original artwork and Martin’s shares in Turing Pharmaceuticals could all be seized. The negotiations regarding the payment of the fine are ongoing, but on March 27th, 2018, Martin’s lawyer filed an appeal for his fraud conviction.

How long will Martin Shkreli be in Jail?

The grounds for Martin’s appeal have not yet been laid out before the court, but it’s speculated that the basis of the appeal will be that the adverse publicity surrounding Martin precluded his chances of a fair trial. Martin is also attempting to serve the rest of his sentence at a minimum security federal institution, a move that has been recommended by Judge Kiyo Matsumoto, but the Bureau of Prisons is not compelled to act on the recommendation. Martin’s appeal is likely to take at least a year to be fully played out, and his location until then, is likely to remain the far less pleasant Metropolitan Detention Center in Brooklyn.