Mr Cory’s Cookies is a New Jersey cookie retailer headed by an ambitious 13-year-old businessperson. Cory Nieves runs the business with the help of his mother Lisa. The business began in 2010 as a way of financing a car for Cory’s mother. The six-year-old decided that he no longer wished to take the bus to school, and he wanted to do something about it. He began with selling hot chocolate around his hometown and then upgraded to selling homemade all-natural cookies nationally on a website. They were having a difficult time expanding and reached out to Marcus Lemonis for help. 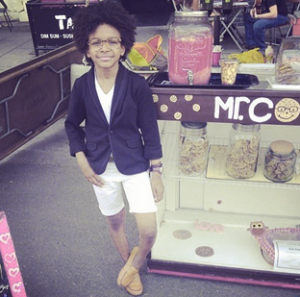 Marcus was impressed with the young entrepreneur and decided to come help them with their issues. Cory’s mom, Lisa, was unsure of herself and her ability to make the company successful. Cory, as a young teenager, did not know many of the tenets of how to run a business. They did not have the infrastructure to make the growing demand, In addition, their cookies were not shelf stable, and only had a “life expectancy” of two days. Clearly, Marcus needed to step up and help the family bring their cookie company worldwide.

Marcus met up with Cory at the car dealership where some his cookies were being sold. Cory and his mother were holding a pop up shop at the dealership. The cookies were prepaid by the dealership, and Mr. Cory’s Cookies were handing them out to customers as they waited for their cars. Marcus tried the cookies and raved about them despite claiming to be picky about his sweet treats. Cory told him that they were all natural and preservative free. When Marcus asked him what was in a particular cookie, Cory told him that the recipe is a secret, and he would have to sign a contract before Cory would reveal the recipe.

Marcus asked a few more questions about the business, like how many different types of cookies they had, how much the cookies cost to make, and what they charge their customers. Cory was stumped on the cost of goods question, admitting that he did not enjoy math at school. He just liked counting his money. In an aside to the camera, Marcus said that he was not giving Cory a pass on knowing his stuff just because he was young.

Cory said that he wanted to be the CEO of his worldwide brand in 20 years. Marcus asked what role his mom would have at that point, and Cory said that she could be the COO, just under him. Marcus let him know that she signed the check, so really she was in charge. Cory agreed that this might be the case. Marcus told the two entrepreneurs that he’s tried to purchase cookies on the website before attending the meeting, but he was unable to do so. Lisa said that it was currently impossible to send the cookies because they only had a shelf life of 2 days before the cookies were no longer fresh.

Marcus made a face, and Lisa admitted that it was an issue. She said that the cookies had gotten lots of interest from large companies such as QVC and Target. Marcus said that he wanted to fix the issue without hurting the quality of the cookie recipe. Lisa told him that she wanted to expand the business since she saw it as an opportunity for single mothers because she could focus on hiring that population.

The next day, Marcus met the mother and son team at their house, which they used as the office for business matters. They baked in a commercial kitchen. While Marcus helped them make a batch of cookies, Lisa told him that she does not cut herself a paycheck.She often daydreams about being in an office building with a suit on.She does have a hard time trusting people, and Marcus realizes that he would have to work at her place.

Next, Marcus met with Cory and Lisa at an NJ diner to go over the financial statements. Cory showed up well prepared with 4 years of balance statements and even a balance sheet. Marcus was impressed, stating that some of the adults that he worked with didn’t even show up with those records. The records showed that the earnings were small, but they made more money every year, and they had no debt. Marcus offered them $100,000 in exchange for a 40% equity stake in the company. He wanted the money to be used for rebuilding the website, redesigning their packaging, making brochures, and doing product development.

Lisa was apprehensive about giving up that much. Marcus told Lisa that he believed in her, and he wanted to provide her the training to succeed. Lisa felt like she did not deserve it. She ended up accepting anyway. Marcus met up with the VP of Clever Cookie, who Lisa agreed to a licensing deal with. Marcus found that they were getting taken advantage of. He found more concerns as Lisa attempted to sabotage their working relationship.

Still, Marcus found Mr. Cory’s Cookies a co-packer and established an infrastructure.He introduced Lisa to women business owners who he had worked with in the past. Despite her bristly exterior, he still worked with her to develop a new recipe and to get the website up and running. He worked out a deal with Clever Cookie that would benefit all parties. Marcus even arranged a meeting for Cory and his mom with Amazon. They discussed their new packaging and the opportunities for selling on Amazon.

The episode ended with Cory, Marcus, and Lisa discussing getting an office for meeting with new clients, and having customer service representatives. Marcus surprised them by renting them an office in Englewood. Both of them were overjoyed. Let’s take a look at how the business faired after The Profit. 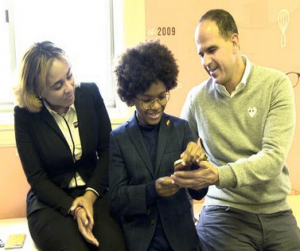 After making the deal with Marcus for $100,000 in exchange for a 40% equity stake in Mr Cory’s Cookies, Cory, and his mom were to use the money to revamp the product, the website, and the packaging. The money would also be used to give Lisa Nieves a salary so that she would be free to focus her energies on the business. In the Story section of the website, they claim that they will soon be rolling out different cookie flavors, but so far only the chocolate chip cookies are available for purchase on the site.

Other promises that Mr Cory’s Cookies made, such as partnering with Clever Cookie or selling the cookies on Amazon have also not materialized. It seems like they are taking their time in reinventing themselves so that it rolls out perfectly. The website says that they will soon be offering a cookie subscription service where they ship cookies to customer’s homes on a monthly basis. It appears that they are still growing, and will expand very soon to become the largest cookie company run by a teenager.