SWIM By Chuck Handy After The Profit – 2018 Update 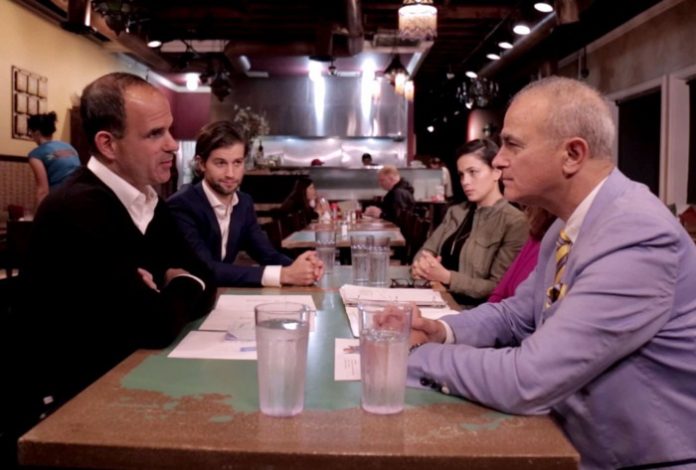 SWIM By Chuck Handy Before The Profit

In early 2017, Marcus Lemonis visited SWIM By Chuck Handy, a family-run swimwear company that specialized in plus-sized swimwear. Chuck Handy had founded the business in 2010 after 20 years experience as a top salesman for the swimwear industry. He had identified a profitable niche in the market, namely that of larger sizes, and felt that it wasn’t being adequately catered for.

The Handy family, originally from Miami, had all now relocated to New Jersey, with the exception of son Charlie, who had stayed there to study, but inexplicably they were still running the family business from their cramped offices with an attached warehouse in Miami. Although Chuck had a great deal of experience in swimwear sales, he had taken over the design process for his new business, and his main research into new lines was undertaken by visiting department stores to see what items they were stocking.

As a result, Swim by Chuck Handy was offering styles that were always out of date by at least a year, and Chuck’s influence on the design process resulted in swimwear that was more focused towards older customers. Daughter Mary Ellen had studied design, but she couldn’t persuade her dad to let her have more say in the design choices and to make matters worse, son Charlie seemed to think he was in control, although nobody else agreed that was the case.

Marcus Lemonis saw huge potential in Swim By Chuck Hardy, the American swimwear market is worth in excess of $5 billion annually, but the opportunity for huge sales relied on Marcus being able to sort out the problems in the family business.

SWIM By Chuck Handy on The Profit

When Marcus first met Chuck and his family, he immediately identified that, despite Charlie’s assertion that he was in control, the company was lacking a clear leader. His second discovery was that Chuck was nowhere near as accomplished when it came to artistic design as he was in sales. Marcus thought the prints and color palette used on the Chuck Handy products were ‘hideous’, with designs that were out of date by a decade.

Marcus spoke to Chuck about the business’s profitability, and Chuck admitted that although they had achieved sales of over $750,000 for two years running, high expenses combined with a low-profit-margin had actually left the company running at a loss of over $40,000 per month. Chuck had been selling products to wholesalers at just 20% of the final retail price, and as a result, there was so little working capital left that the business was reduced to less than a thousand items in the inventory.

Marcus was impressed by the passion of the Hardy family, and their will to succeed, but he knew that any investment he made would be a huge risk, even if the potential payout was huge. He had already told Chuck that the company was effectively out of business already, but he decided to take a risk and make an offer to save the failing family firm.

Marcus offered an investment of $650,000 in exchange for 55% of the company, but he also made it ‘crystal clear’, particularly to Charlie, that he was now the boss, and he also told Charlie that he would have no problem firing him if he needed to. Chuck happily accepted the deal, and with capital now available to buy inventory and research new designs, Marcus took the family to LA to meet a focus group, who quickly left Chuck in no doubt that his designs were not meeting with generally positive reactions. Not only did the focus group find his designs out-of-date and ‘old’, but they also thought a man’s name for a ladies swimwear company was a bad choice, they wanted to buy clothes designed by ladies, for ladies.

Marcus decided to rename the business, and relaunch the new brand, as well as a new product line at the biggest swimwear trade show, Curve, due to be held in New York City a few weeks later, and he set distinct tasks for everyone to work on. First, the obsolete designs from Chuck had to go, and Marcus brought in Printed Village, another one of his companies, that specialized in bringing artists and companies together so that businesses looking for new designs had a huge range of options to choose from. Marcus gave Mary Ellen the ultimate responsibility of working with Printed Village to produce the new line of products, believing that her design skills were far more in line with market demands than her fathers.

Marcus also came up with a new name, gone was the clumsy old ‘Swim By Chuck Handy’, and in came the shorter and far cooler ‘Siloett’, along with a brand new company logo. With Chuck concentrating on creating a buzz among his contacts in the industry, ready for a company relaunch at Curve, and Mary Ellen designing the new line of products, Marcus set Charlie the task of designing and building a new trade booth for the Curve trade show. Charlie initially failed to bring any kind of presentation to a meeting with Marcus and complained that he never found the time to get things done, but Marcus encouraged him to focus and clearly had little time for his dramatic excuses.

By the time the Curve Trade Show began, Charlie had managed to create an impressive trade booth, Marcus admitted that Charlie’s efforts once he finally got on with things were ‘Exceptional’, but it was Mary Ellen’s new product line that really turned things around. Mary Ellen had created a whole line of new bathing suits, all with original designs and new fabrics, of far better quality than the business had been producing before.

In addition, she had created a whole range of accessories, creating a collection of goods that supported the sales of the businesses core products. Marcus was impressed with her design capabilities, and the way she had worked with Printed Village, and he considered her to have displayed strong leadership capabilities. A sudden revelation at the show from Charlie that he had hired two assistants because there was ‘So much to do’ didn’t meet with a good reception from Marcus. ‘I’ve got lots to do and I don’t have any assistants’ he told Charlie, and he decided that Mary Ellen should become the leader of operations, finally putting an end to the lack of strong leadership and Charlie’s occasionally bad decision-making that up to now had been left unchallenged.

Marcus left the newly named Siloett business on a positive note, the new product lines were bringing in a far more profitable profit margin of up to 73%, Mary Ellen was controlling the design process and hopefully keeping her brother in check, and Dad Chuck was concentrating on what he’s great at, generating sales and networking with his extensive contacts in the industry. Chuck even managed to sell $270,000 worth of products in just 48 hours at the trade show, equivalent to half the previous years’ sales, and Marcus was filled with hope for the future of the business, but what’s happening now in 2018?

SWIM By Chuck Handy After The Profit

Despite Marcus Lemonis managing to turn a business on the brink of bankruptcy, into a viable and profitable one, the story of Swim by Chuck Handy/Siloett since the program first aired in June 2017 appears to have come to a sudden halt, and even though information about exactly what happened with the business is hard to come by, the signs don’t look promising.

The old Swim By Chuck Handy Twitter account urged followers to follow a new Siloett Twitter account and then fell silent, but the new company account has been completely silent. The new Shopify shop for the Siloett brand is ‘Currently Unavailable’, but the SWIM By Chuck Handy website is still up and running. In addition, the Chuck Handy website also states that the company is now operating from offices in New Jersey, New York, and Miami Beach. Considering that Marcus Lemonis set the business up with new offices in New York City, this suggests that he’s still involved with the business, but the lack of online promotion of either brand is a mystery.

After some further digging, I managed to find personal social media accounts for Chuck and Charlie, but there’s no mention of either business. I did find my way to Amazon, where there are several SWIM By Chuck Handy swimwear sets on offer, all of which were designed by Mary Ellen alongside Printed Village, so in summary, the new brand of ‘Siloett’ has either died a premature death, or has simply not been launched as yet, but the old brand of ‘SWIM’ By Chuck Hardy is still available to customers, although any other information from the company, or from Marcus Lemonis regarding his deal with them has not been made available.