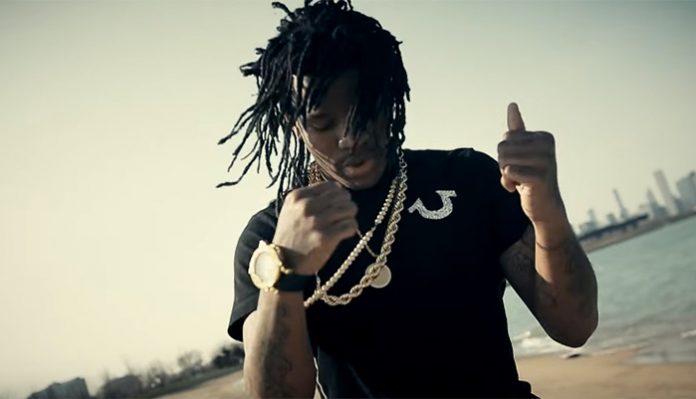 A rapper from Southern Chicago, Ayoo Kd gained fame after releasing a diss track that was aimed at fellow rap artist, Bobby Shmurda in 2015. Known for his work in the drill rap sub-genre, he has dropped a number of hits over the past few years including Letter to KD, Everyday, and Bulletproof.

Like most rap artists, he has done a number of collaborations with names such Famous Dex, King Kevo, and Lil Zay. Some of these songs include Ring Ring, Blessings, and Savage Life.

Despite his newcomer status, the twenty-something has proved himself again and again to be a worthy contender in the rap game. In fact, he’s already accumulated thousands of fans on SoundCloud. With that said, how much money has he managed to pull in so far? How has his rap career played out? How successful is he financially? According to certain online sites, Ayoo Kd’s net worth is around $500,000. Let’s learn more about him below.

How did Ayoo Kd Make His Money & Wealth?

Born on July 26, 1993, in Chicago, Illinois, Ayoo Kd was a member of the Gangster Disciples Gang as a teen (he has since disassociated himself with the group for the sake of his son). Several years later, he emerged in the drill rap scene with a few original tracks. In 2014, he gained attention after dissing New York rapper Bobby Shmurda in the diss track, Hot N*gga (Remix).

One of his first mixtapes, Dreaming was later dropped in the summer of 2015. Hosted by DJ Shon, its contents included 18 tracks, many of which featured guest artists such as Trey P, DaddyO, Mamie Mañana, and MoneygetNit. Uploaded to various streaming sites, the playlist has since been streamed over 20,000 times on DatPiff. Some highlights from the tape include Worry Bout You, Make It To the Top, Can’t Trust a soul, and Yo Body.

Since then, he has come out with several other projects such as It Takes 2 and KD No Kevin Durant, the former of which is a collaboration with Famous Dex. Speaking of the fellow Chicago rapper, some of their most popular songs include Ring Ring, Shot and Blessings, the last of which has been played nearly 200,000 times on YouTube.

As of 2018, the emcee’s hottest hits include Letter to KD, Everyday, Bulletproof, and Struggles. Considering their popularity in the underground rap scene, it wouldn’t be surprising if he’s managed to pull in a decent amount of earnings from said songs. Having said that, determining the exact numbers would be difficult. Nonetheless, there’s no question that a significant portion of his income comes directly from his records.

Though he doesn’t have any concerts or shows planned at the moment, it’s likely that he’ll organize such events in the near future, especially as his popularity continues to climb. When that happens, he will gain even more opportunities to pull in earnings from his music. For now, however, we’ll just have to settle with the records that he’s churning out.

Though he isn’t married, he is currently in a relationship with So Dorielle, a fellow music artist.

Does Ayoo Kd Have Any Children?

Ayoo Kd has a son from a previous relationship. Allegedly, he had cut his ties with gangs for his sake.

Did Ayoo Kd Go to College?

No, Ayoo Kd has not gone to college.

What is Ayoo Kd Famous For?

Ayoo Kid rose to fame in 2014 with the release of his diss record, Hot N*gga (Remix), which was aimed at New York rapper, Bobby Shmurda. Since then, he as released a number of singles including Everyday, Bulletproof, and Savage Life.

Ayoo Kd currently lives in Chicago, Illinois. Unfortunately, that’s all the information that we have right now.

What Kind of Car Does Ayoo Kd Drive?

Details on Ayoo Kd’s vehicle are not available.

How Much Money Did Ayoo Kd Make Last Year?

Unfortunately, details on Ayoo Kd’s annual earnings are unavailable at this time.

Earlier this year, Ayoo Kid dropped a new single titled, In This which featured Work. Since then, he has also landed a feature himself in Young Jon’s Gucci Flip Flops.

Wondering what the rapper is up to now? If so, why not give him a follow on social media? Unsurprisingly, Ayoo Kd is active on several online platforms such as Twitter (@AyooKd) and Instagram (@AyooKd1). On Facebook, you can also show your support on his official fan page.