Tumbleweed Tiny Homes Before The Profit

Tumbleweed Tiny Homes is a household name for anyone even remotely interested in the tiny house movement. Despite being the top maker of tiny homes, they still found themselves on Marcus Lemonis’ show, asking for help before the foundations of the company collapsed from underneath them. According to the CNBC website, the CEO, and owner, Steve Weissman, used to be a restaurant owner and had no real experience in the manufacturing industry. His passion for tiny houses was no substitute for research and leadership, and Steve had to turn to Marcus for help.

Tumbleweed Tiny Homes on The Profit 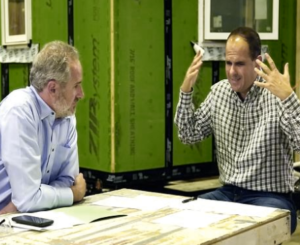 Tumbleweed Tiny Homes grew from a small company of 5 people to a business of 70 employees after Steve Weissman bought out the founder in 2012. They went from operating out of a garage to a new facility that was 20,000 square feet.  They had developed hundreds of floor plans, and their sales were impressive – over 6 million a year. unfortunately, the operating costs also dramatically rose with the improvements in the business, and they were struggling to keep up.

Steve, the CEO, ended up turning to credit cards and loans to fund both, day to day expenses and expansion.  He racked up over $1 million in debt and was facing bankruptcy. Since Marcus had experience with regular RVs, he was interested in investing in Tumbleweed Tiny Homes and getting started in that market.

Marcus went to visit the Tumbleweed offices in Colorado. When Marcus asked Steve why he got into the tiny homes business in the first place. Steve told him that he considered himself to be a minimalist, even though he owned two homes and lives in a regular size house with his family. It did not look like Marcus was buying it. Steve also admitted that he did not have much experience in the manufacturing industry. He joked about it, but Marcus did not seem to be amused. Marcus decided to get right down to business and asked to see a few of the models.

Steve showed Marcus the brochures for the different models and explained that customers were able to customize different aspects of the tiny house. The price point was around $80,000 and they could produce 8 -10 models a month. Unfortunately, because the product was so popular, they had a five-month backlog at any given time.

Next, Marcus was shown the workshop where the tiny homes were being manufactured. He said that he was really impressed with the quality and the workmanship that went into the tiny homes. Steve showed Marcus a tiny home that was in the works. He said it could take anywhere from 16 to 22 days to build that one house. Marcus asked him how he could possibly price the house before knowing how long it would take, and Steve admitted that most of their pricing was actually estimates.

Marcus quickly discovered how unknowledgeable Steve was about many different aspects of the business. He didn’t know exact pricing or build times, and Marcus viewed that as a big issue. He went around and introduced himself to a few of the crew members that were on the shoot that day. He asked them if it would speed up the process to make the production of the homes uniform, and everyone said that it would speed up the process significantly.

Marcus then took a walk around the facility and discussed the process with the production manager. He thought that there were too many layers between the people making the products and the CEO of the business. There were 7 different layers of responsibility. The production manager said that he felt like more things, such as the house foundations, could be outsourced to speed up the process. Marcus met with the sales manager and discovered that she was saying yes to all possible customizations. They got 20% of the price of the house upfront, so they had to take orders to have the money to do past products. It was quite a mess.

Marcus met up with Steve and his wife to go over the financials, and discuss a possible deal. They admitted that they were about a week away from having to file bankruptcy. Marcus said that the product was really good even if the process was sloppy. Steve said that they’d made a profit for a few years, but started to lose in 2015. Marcus was stunned that once the business began to make steady money, Steve took all the profit out of the business as a paycheck. Marcus said that the debt was very significant, and it did not sit with him well.

Regardless, Marcus offered Steve a loan of $3 million dollars in exchange for 75% of the equity in the business. Steve said that it wasn’t the offer he was expecting, but Marcus said that the large equity ask was necessary in order to protect himself. He wanted to teach Steve how to be a better CEO. Despite his reservations, Steve agreed to the aggressive terms.

Marcus met the rest of the team to discuss the terms of the deal. He said that they would start making just 4 different models, and they were going to flatten out the team so that there were not so many layers of employees. Marcus spent the night in a tiny house to how they were using the space. He decided that he wanted to make it more efficient, and have some more creature comforts like charging stations for phones. Steve told Marcus that he had only slept in a tiny house once, which led to a discussion of how he needed to be more hands on.

After dealing with a couple more issues with staffing, and cleaning up the seven layer of employees, Marcus left the business to run on its own. He moved trailer production offsite, which freed them up to make standardized units. Tumbleweed Tiny Homes took suggestions from the customers to improve the models with more creature comforts. Let’s see how it’s doing since they made the deal.

Tumbleweed Tiny Homes Now in 2018 – The After The Profit Update 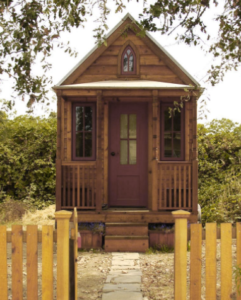 On the Tumbleweed Tiny Homes website, they are now only offering four different tiny house models of varying sizes and shapes. There is a link for customers to attempt to get a tiny house RV loan so they are not asking for a bunch of cash upfront. The website also features Tiny House Hotels so that prospective buyers can spend the night in one before deciding to purchase. In a November 2017 tweet, Marcus confirmed that the Tumbleweed Tiny Homes would be offered for sale at his Camping World stores.

Their Facebook page, which you can find by clicking here, is constantly being updating with new events and tours of their Colorado facility. In addition, they frequently post news about developments in the tiny house movement, and blog posts explaining the lifestyle. Their Twitter account is also a great way to get updates.