What Happened to Ann Curry – 2018 Update 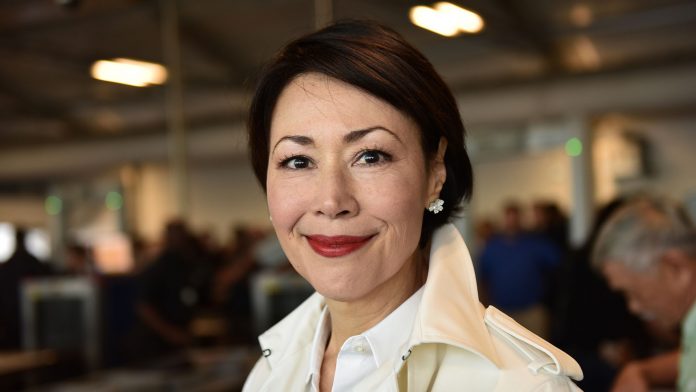 After the firing of her once former co-host Matt Lauer, the popular phrase in both social media and traditional media circles was that the karma bus had hit Lauer, and sitting firmly in the driver’s seat was Ann Curry. The two, having a tumultuous history to say the least, left NBC under very different circumstances; For Lauer, it was under the pressure of a potential (and eventual) sexual harassment scandal. For Curry, it seemed to be a mystery. So what happened? And What is Ann Curry doing now in 2018? Let’s find out.

Since Ann Curry’s departure from the Today Show, she has been relatively quiet as per most celebrities. While in late 2017 she joined part of the #MeToo movement, Curry has also given several interviews chronicling her past within the Today Show. Outside of these, she has also reportedly begun her own production company (appropriately named Ann Curry, Inc.) and has even put out a few shows. Of these, the most popular has been one that began in late 2016, called “We’ll Meet Again”. Primarily centered around individuals who have had extraordinary or harrowing experiences, “We’ll Meet Again” brings people who shared an important moment in one another’s life back together. This program originally started as a documentary of a woman who had been rescued from a mountain accident, but was soon picked up by PBS where she now works. It would seem that you can take the reporter out of the newsroom, but never the newsroom out of the reported.

Ann Curry’s story begins quite a bit like some of her later stories on “We’ll Meet Again” might. Her father, a U.S. Navy sailor ended up meeting her mother while stationed in Japan. The two fell in love, but the sailor was set to be stationed elsewhere. After a rough two years apart, the two would again reunite and eventually get married and have Ann Curry in Guam on November 19, 1956. Her early life would include a lot of moving around from naval base to naval base, before she finally was able to settle down a bit in Ashland, Oregon where she would attend high school and be accepted into the University of Oregon. She would graduate with a B.A. in Journalism in 1978, and in the same year would join NBC channel KTVL (based in Medford, Oregon) where she would start as an intern but eventually make it to be the role of reporter, the first female to do so in the history of that station. By 1980, she would hop over to the Portland affiliate where she’d get her first role as an anchor. She would stay in this position for four years before trying for the big time and becoming an Emmy Award winning reporter for L.A.’s KCBS channel. As one might expect, this gained her quite the reputation and she would be picked by NBC’s national news team, first as the Chicago correspondent. By 1990, she would have her first national anchoring position with NBC News at Sunrise.

NBC News at Sunrise, The Today Show, and Aftermath

During her run as the main anchor of NBC News at Sunrise from 1991 to 1996, she would continue to perform to a great degree, which in 1994 would mean she would not only be hosting Sunrise, but also work as a substitute anchor for Matt Lauer on the Today Show from then until 1997, when she would work full time at the Today Show. During her tenure, which lasted until June of 2012, she would report stories and hold interviews with dignitaries, world leaders, and celebrities. Sadly, due to a supposed decline in viewership, Curry would be cut from the Today Staff after making it as a regular anchor, only to be paired back with Lauer a few months later to report on the 2012 Olympics. Often seen as a stilted and awkward incident, the pair decided to part ways in a more permanent fashion and let their mutual disdain for each other show. By 2015, Curry would leave NBC, which had been her main employer since 1978, to pursue other interests, including the PBS special series “We’ll Meet Again”.