What Happened to Michael Savage? – 2018 Update 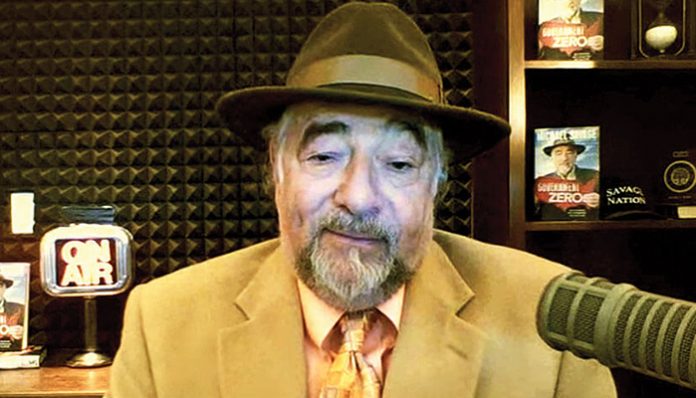 A popular radio host, Michael Savage rose to fame for his nationally syndicated talk show, The Savage Nation which has aired across the U.S. for over two decades. With an audience of over 20 million, it is one of the most listened-to radio shows in the United States. Is he still hosting the show today? Where is he now in 2018?

What is Michael Savage Doing Now in 2018?

First and foremost, he still hosts the syndicated talk show to this day. Since 2012, The Savage Nation has been airing on KSFO, where it’s heard by over 10 million listeners a week. Based out of San Francisco, California, the program is known for entering around Savage’s bold perspective on American ideals and culture. As such, he has been named as one of the most influential and most listened-to talk show hosts by Talk Stream Live.

For those who’d like to tune into some of his past programs, you can visit his official YouTube channel here. Since its launch in 2016, he has been regularly uploading his syndicated show to the site, for his fans to enjoy.

Aside from his radio program, he has been involved with numerous other ventures. For instance, he has written a handful of books over the past few years including Stop the Coming Civil War, Government Zero, Scorched Earth, and Trump’s War: His Battle for America. His most recent release God, Faith, and Reason, a non-political title in which he discusses his lifelong quest for spiritual truth, was published in November 2017.

A strong supporter of Donald Trump, he had supported his campaign in 2016. Considering the fact that the president himself is a fan and listener of Savage’s show, it’s not surprising to know that the radio host and his family were invited to meet President Trump several times during the holiday season in 2017.

As far as other things go, he was also invited onto the television show, PoliticKING with Larry King alongside Peter Kauffmann and Amy Holmes last year. Previously, he had also been featured in the show in 2015 and 2016.

Last year, he had also made the headlines after getting into a confrontation with a man at a Tiburon restaurant in Marin County. According to reports, the conservative talk show host had come into physical contact with each other after a brief verbal exchange. Fortunately, neither parties had any visible signs of injury. A few days afterward, it was announced that no criminal charges would be laid.

Born on March 31, 1942, in New York, Michael Savage has described his childhood as difficult. After graduating from Jamaica High School in 1958, he went to Queens College, where he earned a bachelor’s in biology. From there, he taught high school for several years before earning a master’s degree in botany from the University of Hawaii at Manoa in 1970. Two years later, he earned a second masters in anthropology.

Fast forward to the early 90’s, and he had landed himself a position with the San Francisco radio station, KGO. After a year of filing in for Ray Taliaferro, he was given his own show on the sister station, KSFO. A local hit, he eventually reached number one in Arbitron ratings. By 2006, he was attracting eight to ten million listeners per week. With that, his show became one of the most widely broadcasted in the U.S. at the time.

As of 2018, he has hosted his radio show for over two decades. In fact, he recently celebrated 24 years on the radio earlier this year. Hailed as one of the most creative talk show hosts ever to have been on the air, he has dominated the airwaves with more than 20 million weekly listeners across the globe. In 2016, his efforts led him to be inducted into the National Radio Hall of Fame.

Aside from his radio career, Savage is also known for having written more than 25 books, many of which were best-sellers. Some of these include Earth Medicine, The Art of Feeding Children Well, Dr. Savage’s High Fiber Counter, The People’s Herbal, and The Complete Book of Homeopathy. Most recently, he published the fictional title Xenon on February 5th, 2018.

Did you know that he’s also appeared on television? That’s right, he once hosted his own television show on MSNBC. A few months after its premiere, however, he was fired after he made certain remarks to a caller, who was later identified as a prank caller.

Michael Savage’s Plans for the Future

If his recent activities are of any indication, the talk show host will not be retiring from his position anytime soon. In fact, it was announced that he had renewed a long-term contract for The Savage Nation with the media company, Westwood One.