What Happened to Rickon Stark? 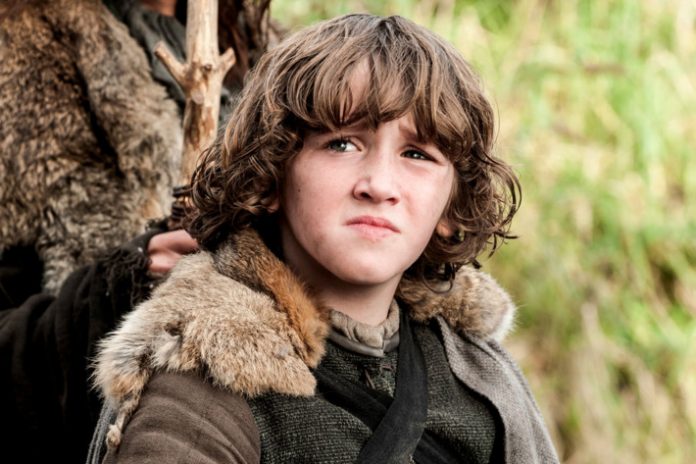 Rickon Stark is very nearly a blink and you’ll miss his character in a song of ice and fire, but less so in Game of Thrones proper. He does disappear for a while though, and there is some time unaccounted for. So I took a look at the background, trying to figure out what exactly happened to Rickon Stark in Game of Thrones.

So let’s break it down.

What Happened to Rickon Stark?

Rickon Stark, the youngest son of Catelyn and Eddard, was absent for much of season four and five of Game of Thrones, presumed dead. turns out he was off with Osha, the wildling, trying to make it to Last Hearth, home of the Umbers. The pair reached their destination, only to be betrayed by Smalljon Umber to Ramsay Bolton. Mostly to solidify an alliance with the Boltons against Jon Snow and his wildlings. Rickon’s Dire Wolf’s head was presented to Ramsay as evidence of his identity, and he was used by the Boltons as leverage. Ramsay sends a letter to Jon and Sansa informing them of Rickon’s predicament, which leads to war.

Ramsay and the Starks meet on the field, and Ramsay again offers terms. Of course, they refuse, with Sansa stating that he will be dead the following day.

The two armies face off, and Bolton brings Rickon to the front, facing what is left of his family. Ramsay cuts the ropes, with a bit of a throat-cutting fake out, and tells the young man to run to his brother. He begins at a walk, but soon starts running, arrows begin to rain from the sky. Jon tries to reach his brother, running to meet him in the field, but at the last moment, an arrow strikes him. This provokes the armies to attack, while Rickon is struck by a few more arrows. The battle is won by the Starks, unsurprisingly, with Smalljon being killed by Tormund, and Ramsay Bolton being beaten to a thin red paste by Jon. He is later eaten alive by his own hounds.

After the fight, his corpse is carried to Winterfell, where he was laid to rest in the crypts next to his father.

Rickon Stark in the Books

Rickon Stark is somehow less important in the books than he is in the show. He gets a Dire Wolf, like his siblings, named Shaggydog, and after Eddard is murdered he is paired with the bed stricken Bran. He becomes more of a feral child, with this being reflected in his wolf. Unlike the show, he is likely a warg, as he and Bran have a vision of their father while he is in the crypts.

In Clash of Kings, he is mostly on his own and develops a temper. He is taken hostage by Theon Greyjoy when he sacked Winterfell but later escapes with Bran, Hodor, the Reed siblings, and Osha. They hide in the crypts, and when Theon burns the place to the ground they emerge shortly after. They speak to a severely wounded Maester Luwin, who advises the two that they need to separate. Bran goes off with Hodor and the Reeds, while Rickon and Osha disappear, never to be seen again.

They are mentioned though, and in Dance with Dragons, Robett Glover and Lord Wyman Manderly are told by Wex Pyke that he is still alive. When Davos Seaworth makes his way to Lord Wyman Manderly, to gain his support for Stannis, Davos is told about the still living Rickon. Manderly’s terms insist that Davos retrieve him. When he asks where the boy is Wex throws a dagger at a sheepskin map on the wall, landing on the Isle of Skagos.

It is unknown what happens next, as the next book is not out yet. It does seem as though the TV show’s ending for Rickon Stark is very different than what George R.R. Martin has in mind for the character. Of course, he may end up dead anyway, but I like to think that his more feral nature will allow him to fit in well with the Skagosi.