What Happened to Sam Witwicky in the Transformers Universe? 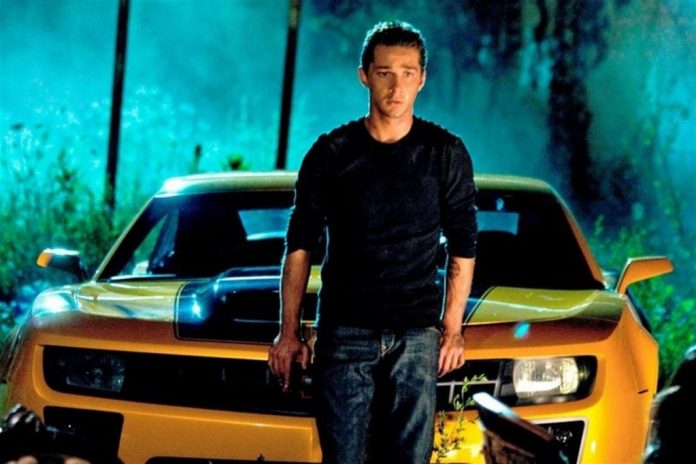 What Happened to Sam Witwicky in the Transformers Movies?

This may be the most famous rendition of Sam Witwicky, performed by Shia LaBeouf. In this version of the Transformers universe, Sam Witwicky is an awkward junior in high schooler, around the age of 17. He struggles with his place in high school and is the quintessential nerd – he tried out for the football team but failed. He has a huge crush on Mikaela Banes, played by actress Megan Fox, but is too awkward to confront her and his and his feelings.

Sam, Mikaela, and Sam’s friend Miles, all manage to save the day (although the city is destroyed and military intervention was required) in the first movie and then manage to do the same in the second movie. In the second movie, Sam has moved on to college and is a bit more sure of himself, although he and Mikaela now maintain a long-distance relationship. Surely enough, Sam and his band of simple humans save the day yet again. Sam returns to college.

In the third movie, Sam has grown into a full-fledged adult and is now working an office job. Bored with his life, he often reminisces about the past adventures he took with the Autobots. The Decepticons attack, yet again, and Sam and Mikaela (Miles is suspiciously absent – Julybe budget allocation to the CGI)) save the day. This is the last appearance of Sam Witwicky by Shia LaBeouf, and it is hinted at that he has either perished or is hiding underground. He did not appear in Michael Bay’s fourth installation in the series, The Last Knight, although the “Order of the Witwiccans” considers Sam a member of their ranks. This organization is a collection of historically important figures who acknowledged the existence of the Transformers but did not spread it to the public sphere.

The Transformers movies include a recurring gag where Sam is frequently referred to as “ladiesman217,” his online screen name.

What Happened to Sam Witwicky in the Transformers Comics?

Sam is only twelve years old in the comics, although the story is mostly the same – he is an awkward boy, obsessed with cars (and the first transformer he finds is still Bumblebee), and he has a crush on Mikaela Banes. However, the comics go further with the history of Sam and explain how the Transformers exalt members of the Witwiccan order (see above, although, in the comics, the Order of Witwiccans is not a major plot device until later on in the story.)

Sam manages to save the earth a few times, thanks to the help of Mikaela Banes and his expanded group of simple humanoid friends and goes on to college. At college, he becomes a university lab assistant until he is interrupted by a Decepticon spy. This version of Sam/Spike is perhaps the best known, and he has appeared in numerous commercials in the 1990s.

Sam was originally named Spike in the comics, much like the original cartoons, but was changed to Sam after Dark Horse relaunched the franchise.

What Happened to Sam Witwicky in the Transformers Cartoons?

In the first generation of Transformers cartoons, Sam Witwicky is much less of an awkward geek. In fact, his name is actually Spike Witwicky, and his origin story is drastically different from the movies. Spike Witwicky is the son of Sparkplug Witwicky, who is an automotive mechanic. The Sparkplug family is exalted by the Autobots because of the family’s tendency to form close bonds to the Autobots and even become their man human ally.

Spike manages to save the Earth several times, although there is a different cast of characters. Mikaela is absent, although Spike does still have a love interest. Spike seems far more capable than his alternate universe comparisons – while he is smart enough to know how to repair a car, he is too young to be able to get his driver’s license.

In the “Beast Wars” comic, which expands heavily on the Transformers lore and transforms Earth into a war-torn hellscape, Spike has become one of Earth’s primal leaders. He protects a group of people from rogue Decepticons.