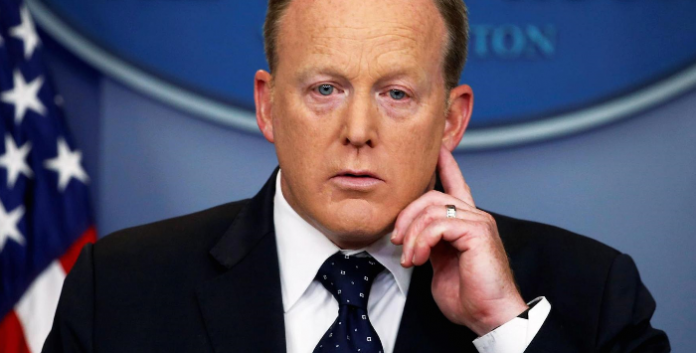 Sean Spicer, Donald Trump’s former Press Secretary, had recently seemingly disappeared. Lots of attention has been put on him ever since Trump became a president, but nowadays he is nowhere to be seen. Let’s take a look at what happened to Sean Spicer, shall we?

Spicer was born in Manhasset, NY in 1971. He attended a Roman Catholic school in his neighborhood, where he showed interest in politics for the first time. He volunteered, during his high school and college years, for several local political campaigns. Speaking of college, he graduated in 1993 with a degree in government.

After he graduated, he works on various political campaigns, namely for Mike Pappas, Mark Foley, Frank LoBiondo and Clay Shaw. During the early 2000s, he worked as a communications director at the HGRC and the director of the incumbent retention at the NRCC. Later, he became the communications director/spokesman at the House Budget Committee, and after that, he was the media assistant during George Bush’s presidency.

Between 2009 and 2011, he became a partner at the Endeavor Global Strategies. One of his clients was the government of Colombia. He quit the job in 2011. Finally, prior to becoming the press secretary, he had one last job. He worked as communication at the RNC, where he played a significant role in RNC’s social media presences, and much more.

A few years after, he was promoted and given additional jobs, as the chief strategist. During this time, he criticized some of Donald Trump’s statements.

In late 2016, he became the White House press secretary under Trump. Shortly after, the thing he is now best known for – his many controversial statements – started. A day after the President’s inauguration, Spicer attacked the media for underestimating the size of the crowds that have gathered to watch the ceremony. He assured everyone that the ceremony was the largest one that ever happened, which was later proven to be false by many outlets.

He later stated that sometime’s it was possible to disagree on the facts after he was proven wrong. Basically everyone except Trump’s own team attacked Spicer over these false statements. 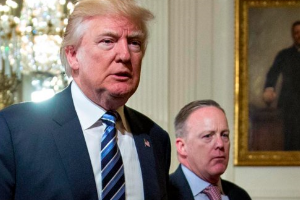 Spicer held another press conference, just two days later, during which this was discussed. A few weeks after, a source told the media that Trump regrets hiring Spicer, because of his disappointing performance.

Just a few months after, Sean Spicer stated something that would be criticized just as much. After a chemical attack, he stated that he believes that Russians shouldn’t support the Syrians because ‘not even Hitler sank to using chemical weapons’. This is untrue because the poison Hitler used in his gas chambers is indeed classified as a chemical weapon.

In July of last year, together with the President himself and Dan Scavino, Spicer was sued because they blocked some users from seeing Trump’s and other officials’ tweets.

10 days later, he announced that he will be resigning. This is believed to have happened due to Trump appointing Anthony Scaramucci as his communications director. According to some sources, Trump even asked Spicer to stay, but he declined. He also announced that he will be staying employed as a White House official, but it is currently unknown what exact position he meant by that.

Since he left his job, Spicer has been laying low for several months. He finally made an appearance at the Emmy Awards, in a joke cameo during which he said that the Emmy’s would be watched by the largest crowd in the history. Later last year, he announced that he will be releasing a book, in which he will talk about his time as a member of Donald Trump’s team. The Briefing is due to be published in the summer, and you can pre-order it right now if you wish to.

You can stay up to date with Sean Spicer by following him on his Twitter.