What Happened to The iPhone 9? 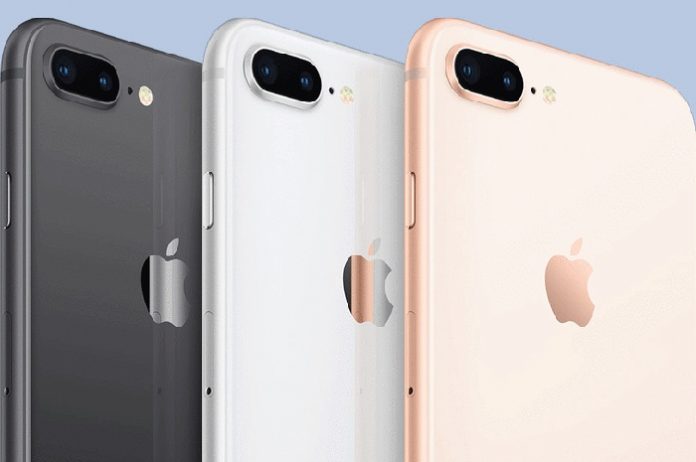 Apple began selling the iPhone 8 and iPhone 8 plus on September 23rd, 2017, but just a week or so before, they had announced another addition to the iPhone family, the iPhone X. Apple informed everyone that the iPhone X was really called the ‘iPhone Ten’ just in case anyone was completely unaware of the existence of Roman numerals, but it left a far bigger question on everyone’s minds, what had happened to the iPhone 9?

Why didn’t Apple Make an iPhone 9?

It wasn’t the first time a big tech company had left number nine out in the cold, Microsoft had also jumped from Windows 8 to Windows 10, and even though Apple claimed the reason for the iPhone 9 being missed was due to the ten year anniversary of the original iPhone, first sold in June 2007, there’s actually quite a clever marketing ploy behind both Apple and Microsoft’s decision to jump past 9.

Those PC users with versions of Windows 7 and 8 got used to the regular offers to upgrade to the brand new Windows 10, and when you’re using Windows 7 and there’s a Windows 10 on offer, it makes it appear that your operating system is obsolete and about to go the way of the dinosaurs. Apple used that strategy to encourage iPhone users to invest in the new iPhone X, and the change in their traditional naming convention, replacing the 10 with the Roman numeral X, made it completely clear that this new iPhone was a special edition, something more than just an upgrade.

The iPhone X was revolutionary in a number of ways, most notably with the removal of the Home button. Many iPhone users compared this change to the end of the World, but the simple swipe up motion that replaced it was something most of them got used to within an hour or so. The lack of a Home button also allowed Apple to create a screen that covered the entire size of the device, so even though it was actually slightly smaller than the iPhone 8 Plus, the screen was slightly larger.

The iPhone X had a raft of other revolutionary features, the toughest glass ever used on a smart-phone and high-grade stainless steel adding a comforting weight to the device, but perhaps most impressive was the new Face ID, that was not only far safer than the old fingerprint ID, but it was even clever enough to know when you were alone or with other people, and it was programmed to hide previews of e-mails and messages to stop anyone sneakily catching a sideways glance at your private conversations. The new features also included better video and animated emojis that would mimic your facial movements, but all those cool new features did come in at a fairly hefty price tag.

The iPhone 8 and the iPhone 8 Plus were retailing at their launch in September 2017 for $699 and $849 respectively, at a bare minimum, but with additional memory capacity, they could cost as much as $849 and $949 respectively. When the iPhone X first went on sale in early November 2017 it was still possible to get change out of $1,000, but only just, and only if you got a good deal and went for the most basic package available. The iPhone X retailed at launch for $999, a significant price increase on previous iPhones, and the cost could rise to $1,149 with all the trimmings, but how popular has it been with consumers in the first six months?

The iPhone X may be innovative and brilliantly marketed, and of course, it can make those selfies sharper than ever before, but so far it hasn’t fared too well in the marketplace. Estimates of the first quarter of 2018 suggest the iPhone X accounted for only 16% of Apple’s smartphone sales, yet still generated one third of total smart-phone profits, and it’s not as if Apple will be going out of business any time soon, the company still takes 90% of all smart-phone profits in the marketplace.

So now in 2018, the iPhone 9 is nothing but a fleeting memory, and a victim of Apple’s desire to turn the iPhone series into something more technologically advanced, and far more expensive than ever before. Apple’s decision to change the iPhone naming convention has many wondering what the next iPhone will be called, will it be the iPhone XI, or the iPhone XS, or back to a more traditional iPhone 11? But no matter what they do, the lack of an iPhone 9 created a fair amount of buzz at the time and led to quite a few internet jokers enjoying the moment.

The most common themes were around the old joke, ‘What Happened to the iPhone 9?’ – Answer – Well, 789 (Seven ate Nine), and if that isn’t enough to make you explode with uncontrolled laughter, there’s always ‘I’m the iPhone 9 of every party I’ve ever been to’, and another sweet little image of someone imagining the iPhone 9 joining the iPhone 2 in iPhone heaven.

Apple will be publishing their company reports for the first quarter of 2018 on May 1st,, so we’ll have to wait until then to see if the missing iPhone 9 was really worth it, but if a report from Forbes on April 24th, 2018 is to be believed, the iPhone X really may have been the first misstep the company has made in their consistently successful iPhone series.