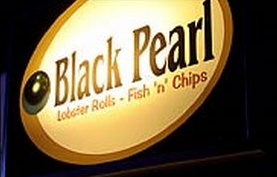 Not only is New York City the Big Apple, the City that Never Sleeps, and a whole lot more, but it’s also the genuine restaurant capital of the world. It’s home to thousands of restaurants vying to be the crown jewel of the city. The Black Pearl is just one of those restaurants. Started by two friends as a small downtown lobster shack, they eventually moved to midtown and added a third partner. They hoped to become the premier lobster restaurant in Manhattan.

Owner David suggested to the other owner, Brian, that they put an ad in the paper to try and find an investor since they didn’t want to spend any of their own money. David met Greg and though he would be a perfect match. The entire restaurant was David’s concept, and Greg thought that the concept was good. They all thought they could make some pretty good money.

The problems, however, started when the trio began to run low on money. David, Brian, and Greg all stopped speaking to each other and would try to communicate by email and text messaging. Everybody got nervous and frustrated, and the staff is frustrated. There is a total lack of management and the restaurant does not have one voice. The staff is frequently instructed to “figure things out.”

Some of the staff feels that Brian is more of a silent partner – if he had a choice, he probably wouldn’t work there at all. Greg is maybe the hardest working owner, but he just gets too frustrated. Of the three owners, David is liked the least because his ego gets in the way of a healthy atmosphere. The three owners of the Black Pearl are really stubborn and if Gordon Ramsay can help them mesh together, then the Black Pearl can be phenomenal.

At about 1:30 PM, Gordon enters the Black Pearl. Prior to this, he mentions that New York City is one of the most difficult places in the world to open a restaurant. He opened his 14 months ago and has been busting his butt ever since, so he’s dying to see how the Black Pearl is doing.

Gordon starts by asking the staff how business is. Well, the staff says, things could be better. But with three owners and all three of them being over the business, they have to be here three or four times a week – each. But, no, the owners are never here together at the same time. David enters the restaurant and the atmosphere grows quiet. Gordon asks David if he is a hands-on or hands-off type of owner, but he insists he’s hands-on. He comes to the restaurant three or four days a week, but Gordon looks unconvinced.

To start, Gordon will sit and have some food and then the staff can get together afterward for a chat. When David walked in and first met Gordon, he thought Gordon was a bit confrontational. Steven is in charge of Gordon’s table, and Gordon remarks that he likes Steven’s enthusiasm. Gordon, frankly, looks bored in the restaurant. All the decor in the bar is mismatching and ugly, and the interior does indeed confirm that three different people decorated it.

Gordon’s food arrives quickly and he’s stunned by the speed. He asks how many people are in the kitchen, which Steven says is three cooks. Gordon samples his chowder while looking over the menu and eventually orders the Mussel Bangkok, a mac and cheese lobster, and a lobster roll to finish. The most popular lobster rolls are the Maine and Connecticut style, so Gordon orders all three lobster rolls.

Gordon jokes around with server Steven, who truly is providing phenomenal service. Steven remarks that the personal interaction makes Chef Ramsay much more approachable and not like an evil devil that the television show appears to make him out to be. The kitchen receives their order and sets to work. Gordon, meanwhile, picks at the chowder before remarking that it’s a bit watery for chowder. He takes one bite before finishing it and sending it back.

Greg, one of the other owners, delivers Gordon’s food and introductions are made. There’s still one more owner to come, which is Brian. Frankly, the entire thing is confusing. Gordon samples the Bangkok Mussels and remarks that they can burn your mouth off. He chugs an entire glass of water – the mussels are just too hot. Next to come out is the lobster mac and cheese, as well as the third owner Brian.

Gordon asks how the three of them came together to own a restaurant, and Brian explains that originally, he and David had a place down on Avenue A. They decided to move to a bigger venue, but with that, Gordon digs into his mac and cheese lobster. The meals get more and more complicated, but the lobster mac and cheese is just completely uninspiring. In the office, two of the owners worry that Gordon is hating his experience. Which, he is – the Mussels Bangkok is too hot because of the Thai curry Bangkok broth, and the mac and cheese is chewy and rich. This is not how seafood progression runs.

Finally, the three lobster rolls arrive. All three are plated individually. Lobster rolls are really hard to mess up, so Gordon is excited to dig in. He starts with the Connecticut roll, which is doused in butter. He pulls a gross face, and the entire thing is horrible. It’s dowsing wet, and it’s like eating a wet diaper. He moves on to the maine dish, which is bland and unseasoned. He finally moves onto the third lobster roll, which is the New York. All three of them are “piss poor,” and the food gets sent back to the office.

All three owners assemble in the office, and it’s clear they’re worried. David is more concerned that Gordon pays for the food. After tasting the supposed best food on the menu, Gordon gathers the three owners and head chef Phil. To be honest, everything Gordon tasted was bland and boring. They don’t even season the lobster with salt and pepper when they bind it with mayonnaise. Most of their recipes and ideas are from Maine, and that’s just not what they do in Maine. David puts up some resistance, saying that a lobster roll from Maine is exactly that. Head chef Phil sits there quiet, admitting that the three owners are volatile and that’s the last thing he wants to set off right now. And to make matters worse, the three owners admit that they are in debt more than $250,000. Gordon has his plate full for fixing the Black Pearl.

The Black Pearl closed in 2009 with a letter blaming Gordon Ramsay for destroying the business. Most of the management staff moved onto other service industries, while David returned to his career in the music industry and even subsequently released an album in 2010. Prior to closing, the Black Pearl had a weak 2.5-star review across more than 30 different reviews on Yelp, and was rated as fairly expensive (3 $s out of a possible 4).