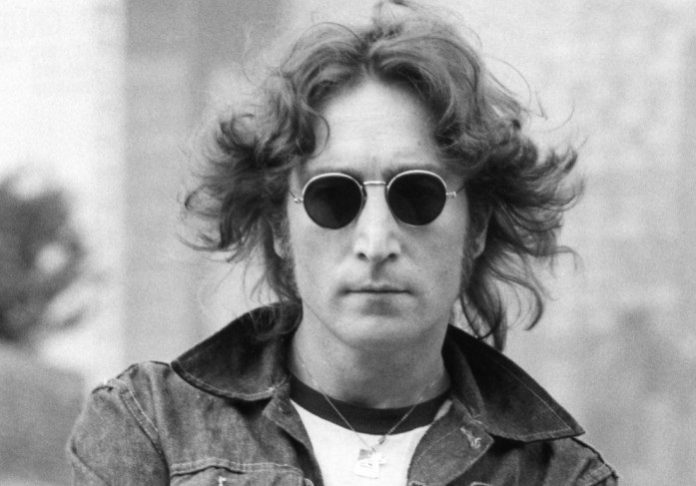 John Lennon was the co-founder of The Beatles, the most successful popular music group of all time. The Beatles were making music for only a decade, until 1970, but their popularity and commercial value have barely diminished over time. Along with Paul McCartney, John Lennon wrote all of the band’s music, and as a result the two of them enjoyed the largest share of the profits from The Beatles success, but the rewards for the most influential band in history were so large, that all of the ‘Fab Four’ amassed huge fortunes from the early 1960’s onwards.

The end of The Beatles as a group never affected their earning power collectively, and the premature death of John Lennon in 1980 never affected the value of his work, his earning power today, almost half a century after the Beatles split up, is still greater than many other successful artists of the present era. But how much did John Lennon make until his death? And how much is his estate worth now in 2018? Read on to find out.

How Did John Lennon make his money & wealth?

The early days of The Beatles were spent playing gigs in their home-town of Liverpool, England, as well as regular spots in Hamburg, Germany. But by 1963, with several hits behind them, the phenomenon of ‘Beatlemania’ was exploding in England, and the following year their fame was international. In 1964 they crossed the Atlantic as part of the ‘British Invasion’ of the US pop market and made their first big mark on ‘The Ed Sullivan Show’.

In total, The Beatles appeared three times on the show, and surprisingly only earned $10,000 in total for all three performances. They could have made far more for each individual show, but Beatles manager Brian Epstein offered the discount price in exchange for top billing and greater exposure. The strategy paid off, and their début appearance in February 1964 was viewed by more than 73 million viewers, a record at the time. The Beatles popularity grew in America at a rapid pace, by April 1964 they had achieved the unique feat of dominating the US Billboard Hot 100 chart with the top five spots, an achievement that has never been matched, and probably never will be. That year they topped the charts in over 30 countries Worldwide and earned $25 million between them, the equivalent of $188 million today.

From 1965 onwards, the simple melodies and catchy rhythms of the Beatles gradually transformed into more varied musical offerings. Often psychedelic and surreal, their music developed into more complex tunes both lyrically and musically, but the hits never stopped coming. Even John’s comment that The Beatles were ‘More popular than Jesus’ only dented the band’s popularity temporarily. John had only made the comment off-handedly at the end of a radio interview, and it had been almost forgotten when the press dug it up months later. John apologized for causing offense, but the controversy did trigger mass destruction of Beatles records and protests outside concert halls.

By the end of the decade, The Beatles had split up, but their records have continued to sell in the millions annually ever since. Now in 2018, they have sold more records than anyone else, over 800 million at the present time. After years of legal wrangling with Apple over the company name, which The Beatles first used in 1968 with the launch of their own label ‘Apple Corp’, nine years before the computer company was launched, they finally allowed their music to be sold on iTunes in 2012, adding millions of digital copies to the collections of a new generation of music lovers.

John Lennon enjoyed a considerable amount of success as a solo artist, and in collaboration with his second wife Yoko Ono in the 1970’s. All of the other Beatles released solo tracks, but only McCartney and Lennon rose to anything comparable to the success of The Beatles. Known for his anti-war stance, John generated considerable interest from the FBI for his political activities during the decade, but in December 1980 the World was shocked by his sudden death, at the hands of crazed fan Mark Chapman. At the time of his death John Lennon’s wealth was valued at around $250 million in today’s money, and now in 2018 his estate is worth an estimated $800 million, with royalties continuing to come in year after year from his music and The Beatles back catalog.

John Lennon was married twice. He tied the knot with first wife Cynthia in August 1962, during the explosion of Beatlemania. When the couple’s son, Julian, was born in April the following year, John was unable to free himself from touring for three days to see his son. Cynthia divorced John in 1968, and in March 1969 he married Yoko Ono in Gibraltar. They famously spent their honeymoon in bed at an Amsterdam hotel for a week as a ‘Bed-in for Peace’ publicity stunt, and repeated it in Montreal, where they also recorded ‘Give Peace a Chance’. The couple moved permanently to Manhattan in August 1971 and remained there until John’s death. John had a son with Ono, Sean, who was born in October 1975.

John’s estate has earned multi-millions every year since his death, but occasionally that figure increases dramatically. In 2000 his posthumous earnings were over $20 million due to the release of the compilation album ‘1’, which achieved 15 times platinum status, and since 2012, when Apple was finally allowed to sell Beatles tracks on iTunes, John’s estate has earned in excess of $12 million per year. The annual earnings of John’s estate are likely to receive another significant boost later this year when full rights to the Beatles catalog reverts to Lennon’s estate and Paul McCartney. Previously Michael Jackson had outbid McCartney for the rights in 1985 and later sold a 50% share to Sony, but in 2018 the earnings will revert fully back to the original songwriters.

The legacy of John Lennon is forever entwined with the reputation of The Beatles, who remains hugely influential even today. Their contribution towards, and transformation of, popular music made them one of the biggest icons of the 20th Century, only Elvis can be compared to them in terms of the most popular artists of their era. Apart from being the biggest selling musical artists ever, The Beatles also sold more units in the United States than anyone else, at 178 million units. Until recently Elvis was in second place, but in recent years the runner-up spot has been taken by country star Garth Brooks, currently on 148 million units.

Perhaps the biggest surprise is the continuing success of the Beatles after all these years, and Lennon still remains the third best-selling deceased musician even now, behind only the legendary figures of Michael Jackson and Elvis. Only Brian Epstein, The Beatles original manager, appeared to recognize the longevity of the group back in their hey-day, in 1964 he told a reporter that the children of the 21st century would be listening to The Beatles, and time has proven him to be absolutely correct about that.