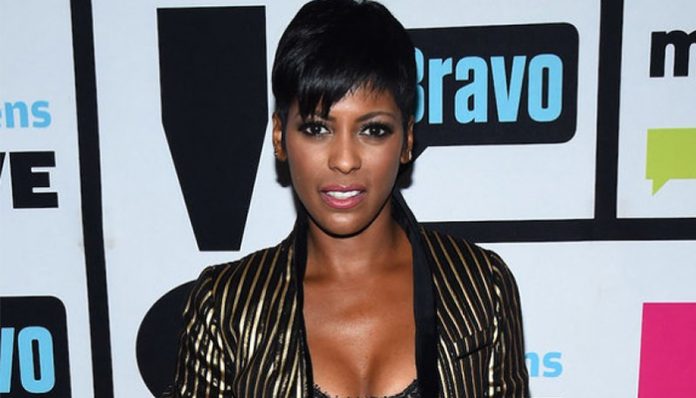 An award-winning journalist, Tamron Hall has hosted many television shows in the past such as Today, MSNBC Live with Tamron Hall, Deadline: Crime with Tamron Hall and Today’s Take. For her work, she received two back-to-back News and Documentary Emmy Award nominations in 2010 and 2011.

What is she up to nowadays? Has she hosted any recent television programs? What has she been busy with this past couple of years? Hopefully, we’ll be able to bring you some updates below.

What Happened to Tamron Hall? 2018 Update

As you can probably expect, she hasn’t retired from television just yet. Just last year, she served as the third-hour co-anchor of Today, a talk show that she’s worked on since 2010.  Considering how long she’s been on the series, it came as a huge surprise to everyone when it was revealed last year that she would be losing her spot as the host to a new hire named Megyn Kelly.

After many months of remaining silent, she broke the quietude with a photo of herself driving by the Today Studio with the caption, “Heyyyyyy!” earlier this spring. Interestingly enough, she had chosen to post the tweet just a couple of hours after it was revealed that the third hour of Today was pulling in fewer viewers since the arrival of the new host.

What other TV shows has she worked on over the past couple of years? In 2016, she hosted a few titles such as NBC Nightly News and MSNBC Live. In fact, she was even given her own program called Deadline: Crime with Tamron Hall- one which features two different criminal cases per episode. Premiered on Investigation Discovery, the series is dedicated to Hall’s late older sister, whose death was determined to be a homicide in 2004.

Aside from her work on television, what else has she been up to? Considering her presence in the media, it’s not surprising to know that she’s attended a number of public events over the past year. For instance, she was recently invited to host the annual James Beard Foundation Media Awards ceremony on April 27, 2018. Held at Pier Sixty venue, the festivities also featured Carla Hall, the co-host of the ABC talk show, The Chew.

What other events has she attended? Earlier this month, she helped to raise $1 million for scholarships at a Texas Southern University gala. Held at the Mariott Marquis hotel, the festive affair also saw Deborah Duncan, Billy Sorrells, Argentina James, Monja Willis and the popular R&B group En Vogue.

Originally from Luling, Texas, Tamron Hall attended Temple University, where she received a bachelor’s degree in Broadcast Journalist. Following her graduation, she worked for the Fox network, WFLD-TV in Chicago, during which she reported on various political issues. At one point, she also hosted the Fox News in the Morning segment, where she covered several “breaking news” stories.

From there, she worked as a fill-in anchor and general reporter at MSNBC. A few years later, she was given her own weekly talk-news program called, NewsNation with Tamron Hall in 2010. Premiered that fall, the show mainly featured high profile interviews and the latest U.S. and world news. Well received, it continued on the network for seven years, up until February 2017.

But that’s not all- she has worked on several other programs one of which includes Deadline: Crime with Tamron Hall, an Investigation Discovery series which revolves around various crime occurrences.

Perhaps her most notable TV credit of all, however, is Today’s Take. A popular morning news and talk show, Hall had served as one of the co-anchors since 2014. In fact, she is the first African-American woman to land such a role.

Why Did Tamron Hall Leave the Today Show?

Last February, the bubbly co-anchor suddenly left the Today Show, after learning that she’d be losing her morning time slot to a new recruit by the name of Megyn Kelly. Following her abrupt exit, many fans were left shocked and disappointed- and understandably so; the accomplished journalist had worked her way up through the ranks for over a decade at NBC. What had gone wrong?

According to PEOPLE, Hall had received an email from a network executive just a few days prior to the happening. Though the message congratulated her team for being number one, it was later announced that someone would have to move as Megan Kelly would be coming onboard. Who was picked? Tamron Hall.

Still, some inside sources have insisted that the TV host had long been made aware that her 9 am time slot was not set in stone. With that said, it’s understandable that Hall was both hurt and offended by NBC’s decision- something that she saw as a “demotion.”

What will she do from here on out? Last July, it was announced that she’s collaborating with Harvey Weinstein on a new daytime talk show called, Tamron’s Hall Pass, which is set to premiere sometime in 2018.