Bo Burnham is a 20 something comedian from America that specializes in musical comedy. He got his start on YouTube, and worked his way up to a Comedy Central special, four studio albums, and directing his own movie. He has also appeared in numerous films and TV shows such as Parks and Recreation and The Big Sick.

How Did Bo Burnham make his money & wealth?

Bo was born Robert Pickering Burnham in Hamilton Massachusetts on August 21, 1990. His mother worked as a nurse at his school, while his father Scott was in construction. Bo is the youngest out of his three siblings. Prior to graduating from St. John’s Preparatory School, he had already got a record deal from Comedy Central Records and recorded his initial EP called Bo Fo Sho. He joined YouTube in 2006 and used it to share videos of his musical comedy performances, thinking only his family would see it. Instead, it was shared on a popular comedy website at the time, and it went viral. 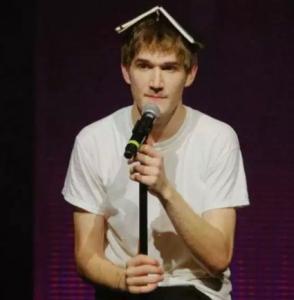 He continued to post to the video sharing forum, playing either the keyboard or guitar and singing the songs that he wrote. He recorded the videos in his bedroom and his parents home, while he saying about touchy topics such as homosexuality, white supremacy, and Helen Keller. His fan base was growing, but not everyone was a fan of his edginess. Even while he was getting bigger, negotiating a four-album record deal and being represented by an agent, Douglas Edley, his performances were also being protested by the more socially conscious.

Love him or hate him, you have to admit that Bo Burnham is successful. In the 12 years that he’s been in the spotlight, he has recorded and released four albums, participated in five different tours and is now working on a sixth one, and has produced a movie. He has appeared in many popular television shows such as Parks and Recreation, Key and Peele, College Humor originals, and Comrade Detective. He also appears in several standup specials of his own, as well as Chris Rock: Tambourine. 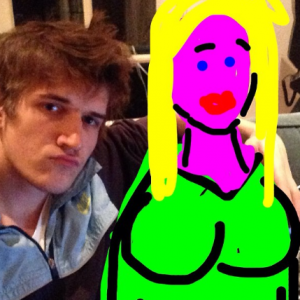 It’s not known if Bo Burnham is dating anyone at the moment. He often puts funny pictures on his Instagram of himself with his self-drawn purple cartoon woman. He tends to keep his personal life fairly private, and that includes his love life. The Internet is undecided about whether or not he is actually dating someone. Some say that he has been secretly dating someone since 2009, while other blogs claim that he’s been single the entire time.

This year, Bo is making money from a combination of ticket sales shows, his regular booking fee, as well as from the movie he directed called Eighth Grade. Depending on how the rest of the year progresses, it should total out to about $750,000.

According to the website Celebrity Talent International, his minimum fee to do a show in the United States is the $40,000-$74,000. On the same page, the website has an area where you can book Bo for events if you have the money to fork up upfront. 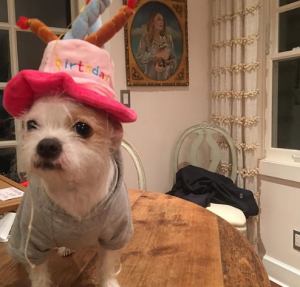 While it’s not known exactly where Bo lives, we do get glimpses of his domicile from his Instagram account. It looks cozy. The living room has white walls, a stone fireplace, and a flatscreen TV mounted on the mantle. The kitchen seems to have a well-worn table and a popcorn machine. Bo’s adorable white dog is often featured in the photographs.

Bo most likely has a car, but he hasn’t shared what kind he has with the Internet. He’s been in a commercial for Honda, where he drove a silver minivan.

Bo Burnham often dedicates a portion of his show earnings to charity. He has participated in a few Hilarity for Charity events, where the proceeds go to benefit charities such as the Alzheimer’s Association. In April 2013, Bo sent all of the proceeds from a Boston show to a charity benefiting the victims of the Boston Marathon bombings called the One Fund Boston.

He is managed to build himself a comedy career after getting noticed on YouTube. While that might be more common now, it wasn’t so common way back when he first started in 2006. Interestingly, his goal wasn’t to get famous, but his musical comedy videos went viral. In 2010, he won two awards at the Edinburgh Festival Fringe – the panel prize and the Act Most Likely to Make 1 Million Quid award. He is managed to release four studio albums in his career and directed a movie which came out this year.