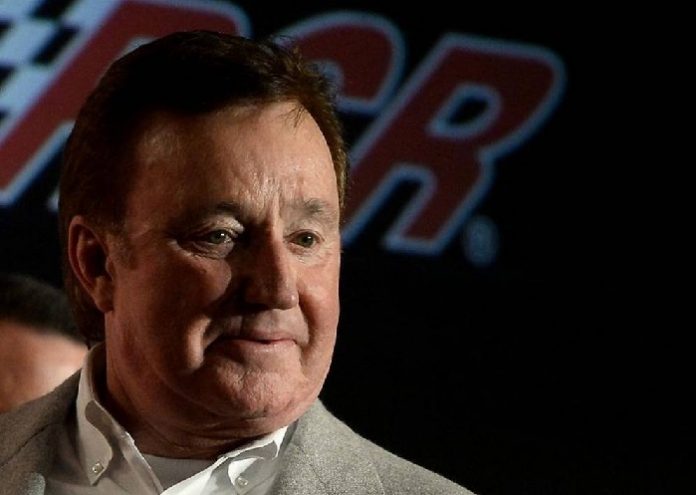 Richard Childress is a former NASCAR driver, who began his racing career through a quirky stroke of luck, and he’s also the owner of the championship-winning Richard Childress Racing (RCR) team. Richard came from humble beginnings, he experienced poverty and more than his fair share of hard-work as a young man, but his business acumen and ambitious nature have seen him become one of the wealthiest men in his native North Carolina.

Richard’s life has been a traditional rags-to-riches story, but exactly how much is he worth today? And how did he make his impressive fortune? Read on to find out.

How Did Richard Childress make his money & wealth?

Richard Childress was born in Winston-Salem, North Carolina on September 21st, 1945. His life changed at the age of five when his father died, and Richard learned to fend for himself at an early age. In North Carolina in the 1950’s there were no free meals for disadvantaged kids, so from the first grade, Richard cleaned the school hallways and the lunch-room to earn his lunch money. When he was eight he was working at Bowman Gray Stadium, selling peanuts and Coke to racing fans. In those days Richard would jump the fence to get in, and he made a dollar a night if he was lucky, but it was there that he first caught the racing bug, watching greats such as Curtis Turner and Junior Johnson tearing around the track

Richard’s need for money was so great as a teenager that he didn’t find the time to graduate from High School, instead he worked in a variety of jobs, including an all-night shift at a local gas station. Richard boosted his meager income by getting involved in bootlegging, but the moonshine-running trade was one that was not only illegal but constantly dangerous. Richard’s job was to collect the moonshine from the runners and deliver it to the operators of illegal ‘drink houses’, where drunken chaos was the usual state of affairs, and violence was commonplace.

Richard experienced, in his own words, ‘All sorts of fights’, often ending with patrons seriously injured, but he finally decided to leave that World behind when he saw one man ‘Blown apart’ by a shotgun right in front of him. Richard bought an old Plymouth taxi for $20 and began racing on shorter tracks in stock car races. In 1969 a stroke of luck finally saw him achieve his dream of racing in the NASCAR top circuit, known in those days as the Grand National Series.

That year top drivers organized a weekend-long boycott, in protest over their safety concerns about a new racetrack in Talladega, Alabama. The event became known as the Talladega drivers’ strike, and NASCAR founder Bill France Sr. signed up replacement drivers from racers who had driven a preliminary race the day before, including Richard. Richard’s NASCAR début didn’t see him winning, he came 23rd in fact, but he did pick up a $7,500 bonus for the race, as promised by France, and he used the money to buy some land and open up a small garage, where he worked on his own race cars as well as operating a standard repair shop for the public.

By 1971 Richard was racing in NASCAR full-time as an independent, and over the next decade he proved himself a consistently capable driver, but he was never top-tier. Richard never won a race, but in just over 300 races he achieved seventy-nine top-10 placings, with six top-5 finishes. His career best was a fifth place in 1975, and in 1981 he retired as a driver, putting Dale Earnhardt in his car for the remaining 11 races of the season. Richard encouraged Dale Earnhardt to join Bud Moore for the next two seasons, as he didn’t think RCR was good enough for Dale at the time, but in 1984 they reunited, and Dale’s No. 3 Chevrolet became the most iconic image of NASCAR over the next two decades.

Dale Earnhardt is easily the most famous driver in NASCAR history, and almost certainly the most popular too. The combination of his aggressive style and the excellent relationship he had with Richard saw Earnhardt’s No. 3 win the championship in 1986, and again in 1987, setting a record of four consecutive wins that year. In 1990 he won his third Winston Cup title for RCR, in his Chevrolet which had by now switched to the iconic black color scheme he stuck with for the rest of his life. He took a fourth title with RCR the following year and a fifth in 1994, Dale’s seventh Winston Cup win overall.

Dale Earnhardt at RCR became the gold standard for NASCAR and the man that every driver strived to beat. Richard won the coveted Budweiser sponsorship, but the partnership came to a sudden end. The darkest moment in NASCAR history came in the final lap of the Daytona 500 on February 18th, 2001, when Dale collided with Sterling Marlin and Ken Schrader and slammed into the outside wall. Dale died instantly from blunt force trauma, at the age of 49, and Richard Childress withdrew the No. 3 from NASCAR out of respect for his lost friend.

Richard Childress is more than just a driver and team owner, he’s also an astute businessman and entrepreneur. His other major business interest is wine-making, which he became interested in while racing in California in the 1970’s. In the 1990’s Richard was producing wine on a small-scale, purely to give away to friends, but in 2003 he founded Childress Vineyards, located near his home in Yadkin Valley, North Carolina. The 35,000-acre estate was producing over 30,000 cases of wine a year by 2005 and was the third largest producer of wine in the rapidly expanding wine-making industry of North Carolina. Now in 2018, Richard’s booming wine business features distinctive checkered flag labels to highlight his connection to motor-sports, and visitors can tour the vineyards, sample the wines in the tasting room, and visit an Italian style bistro on site. You can even try Richard’s wines for yourself wherever you are, they’re available to buy online from the company website.

Richard Childress married wife Judy in 1966, and they had a daughter Tina. Tina married NASCAR Busch Series driver Mike Dillon, who is currently the general manager of Richard Childress Racing, and they have two sons Ty and Austin, who will be familiar to fans of NASCAR. Richard’s grandsons have followed in his footsteps and they both compete in the Monster Energy NASCAR Cup Series and Xfinity Series, and in 2014 Dillon’s car was renumbered back to 3, after more than a decade of not being used since Dale’s death.

Where does Richard Childress Live?

Richard and wife Judy live in one of the largest private homes in Lexington, North Carolina. Just before Christmas 2017, Richard and Judy faced a home invasion from three armed burglars carrying military-style weapons. However, Richard is the Vice President of the National Rifle Association, until Oliver North takes over the position later this year, and he owns an extensive gun collection. Richard fired several shots in order to scare the hooded men away and they were apprehended by police a week later. Richard also owns a home in Port Orange Florida.

Richard and wife Judy founded the Childress Institute for Pediatric Trauma in 2008. The organization focuses on reducing death and disability to injured children nationwide. Pediatric trauma is the number one killer of children under 18 in the United States, accounting for over 10,000 deaths a year. The Institute, located at the Wake Forest Innovation Quarter in Winston-Salem, North Carolina, raises awareness of the problem, and funds research into improved treatment and medical education. In 2017, Richard Childress was inducted into the NASCAR Hall of Fame.