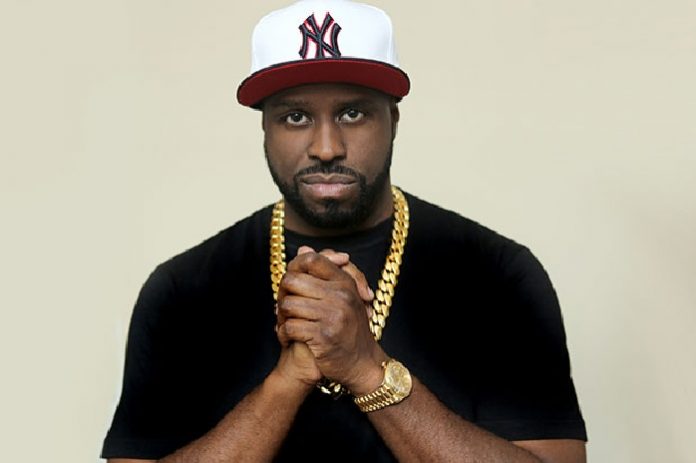 Funkmaster Flex is a DJ, rapper, producer, as well as a radio and TV show host, and the popularity of hip-hop today owes a lot to his efforts to promote the genre during the 1990’s. At that time he ruled the hugely influential New York rap scene with his high-profile position at Hot 97, the top-rated radio station in the city. He was a prominent DJ in one of New York’s hottest clubs, and one of the first producers to prove that the mixtape format could be commercially successful.

Funkmaster Flex was capable of making or breaking upcoming artists at that time, and his influence on hip-hop cannot be understated, but since then the phenomenally busy Flex, who admits that he’s never happy unless he’s busy on a range of projects, has virtually invented hip-hop’s car customization culture, and the motor industry have gladly adopted him as their favorite hip-hop celebrity. But how much has this massively influential ambassador for hip-hop earned through his various enterprises? And what does he spend his money on? Read on to find out.

How Did Funkmaster Flex make his money & wealth?

He was born in The Bronx, on August 5th, 1968, as Aston George Taylor Jr. His father was a Jamaican-born DJ and sound system engineer, and Flex followed in his footsteps. He bought his first set of decks when he was 16 and began DJing in local clubs. By the late 1980’s he had a weekly slot at one of New York’s hottest clubs, The Tunnel. In 1992 he landed a job at KISS-FM as assistant to Chuck Chillout, and when Chillout moved over to WBLS later that year, Flex went with him. Flex was by now becoming known in New York as a DJ in his own right, and the hip-hop scene was enjoying a resurgence in popularity.

Flex made appearances at many parties and clubs as a DJ, particularly clubs owned by Vito Bruno. Bruno convinced Hot 97’s vice-president, Joel Salkowitz, to air live shows from his clubs, and the ratings for those shows were better than anyone expected. At that time Hot 97 was mainly concentrating on house and dance music. Hip-hop had been in a slump since the glory days of the early 1980’s when Grandmaster Flash and Afrika Bambaataa had ruled the airwaves, but the popularity of Flex’s live shows at Hot 97 showed that it was making a comeback, and soon Hot 97 offered Flex his own 10 pm to 2 am nightly show, the first in New York to showcase rap.

In 1995 Funkmaster Flex was signed up by Loud Records to produce ‘60 Minutes of Funk’, a series of mixtapes to cash in on the boom in popularity of the genre. Volume 1 was released in November 1995 and peaked at 15 on the Top R&B/Hip-Hop Albums. Volume 2, released in February 1997 was certified gold by the RIAA, after selling over half-a-million copies in less than two months. It peaked at number 19 on the Billboard 200, and number 2 on the Top R&B/Hip-Hop albums, only kept off the top spot by Erykah Badu’s ‘Baduizm’. Volumes three and four were released in 1998 and 2000 respectively, and both achieved gold certification. Volume 3 achieved the best chart position of the series, reaching number 4 on the Billboard 200 chart. Flex earned $500,000 for each volume, and a fifth volume was originally planned for release in 2002, however, it never appeared and to date Volumes 1-4 remain the entire mixtape collection from Flex.

Funkmaster Flex had appeared on TV since the early 1990’s, mainly on MTV, on shows such as ‘YO! MTV Raps’ and various other hip-hop and automobile features, but in 2003 the Spike cable network gave him his own show, ‘Ride with Funkmaster Flex’, where he documented hip-hop’s relationship with muscle cars and customized vehicles. The series featured other hip-hop artists such as Eminem and P Diddy, and Flex later worked with Spike to produce a special TV event, ‘The Funkmaster Flex Super Series Invitational’, which featured drivers racing at the Waterford Speedbowl in Connecticut, watched by celebrity guests including LL Cool J and Lil’ Kim.

Ford took Funkmaster Flex on as a design consultant, attracted by his influence on the car-loving hip-hop community, and in 2007 they began producing the Ford Expedition Funkmaster Flex Edition, the first hip-hop inspired mass-production vehicle. That later spawned further Funk designed vehicles, such as a limited-edition production SUV, a customized Ford Fusion, and a tuned F-150, all of which were featured at the annual Funkmaster Flex Custom Car & Bike Show Tour, which toured eight cities and featured DJ battles, video game competitions, skateboard demos and sneaker stands, as well as Flex himself as the star attraction.

In 2010 Flex went back to MTV for the tongue-twisting‘ Funk Flex Full Throttle’, where he continued with his successful format of mixing celebrities, car customizations, and sneak peeks at the lifestyles of hip-hop stars, and in 2014 Funkmaster Flex was featured on the reality-based documentary-comedy ‘This is Hot 97’, where viewers could take a look behind the scenes at the station. Flex has remained at Hot 97 since 1992, and his show is now syndicated nationally at the weekends and on weeknights.

Funkmaster Flex was married to Monica Joseph-Taylor for 10 years, but the marriage hit a rocky patch after a much-publicized domestic incident in 2011. The couple divorced in 2013 and Monica went on to star in the reality show ‘Starter Wives’, which featured the World of celebrity ex-wives and ex-girlfriends. The couple had two children together, and in 2014 Flex’s private life hit the headlines again, when it emerged that he was engaged in a legal battle with ex-girlfriend Haydee Diaz, over child support payments for their son Dante.

Where does Funkmaster Flex Live?

Funkmaster Flex lives in Ardsley, in Westchester County, NY, but in 2004 he purchased a beautiful six bedroomed home in Palm Beach for an impressive $11.7 million. The house features manicured grounds, a terrace, a swimming pool, and a three-car garage, but that’s nowhere near enough room for Flex’s even more impressive car collection.

Funkmaster Flex has a garage that houses his collection of over 50 classic cars, and there are some rare, and hugely expensive, vehicles tucked away there. Within the collection, there is a 1968 Pontiac GTO Convertible, fully customized of course. A 2006 Ford Mustang GT, modified with a 5-liter V8 engine, producing 400 horsepower and a top speed of 160mph. There’s a 1965 Chevrolet Impala SS, and a 1969 Chevrolet Nova, both with V8 engines. The collection also includes a 1971 Ford Torino GT Convertible, and a 1976 fully-customized Ford Torino. But the rarest car of all in Flex’s collection is a 426 horsepower 1968 Chevrolet Camaro SS, fully customized and capable of a top speed of 165mph. This rare vehicle regularly fetches in excess of $100,000, and Flex’s Camaro is fully customized to be able to accelerate from 0-60 in just 5 seconds and would be likely to sell for far more if Flex ever decided to sell it.

What are Funkmaster Flex’s other interests?

Funkmaster Flex has become an icon for hip-hop, cool cars, and the celebrity lifestyle, and as a result, he was featured in the massively-successful video game Grand Theft Auto IV, as a guest DJ on both of the Episodes from Liberty City, The Lost and The Damned, and The Ballad of Gay Tony. He has also been featured in the games ESPN NFL 2K5, and Def Jam Vendetta. He continues to collaborate with Ford to promote the annual Funkmaster Flex Custom Car & Bike Show Tour. In 2010 he launched the InFlexWeTrust website, which features music industry news and the latest hip-hop releases and stars. It goes without saying that a significant portion of the website is dedicated to cars, but it also features news on sports and technology. The site joined the Complex media network in 2012 and is visited by over 1 million users a month.