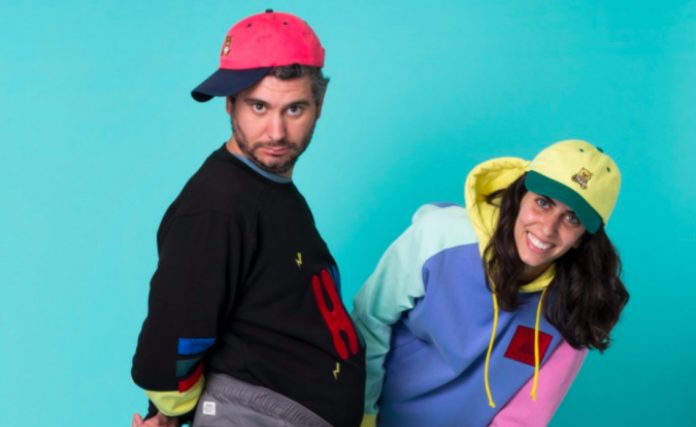 Ethan Klein is one-half of the YouTube comedy duo h3h3productions, formed in 2011 with his wife Hila Klein. The Kleins are most known for satirizing and mocking internet and real-world trends. Many of their videos consist of parodies and critiques of internet phenomena. Ethan Klein, in particular, is known for his public displays of awkwardness, where he films himself in ridiculous outfits – usually to mock some kind of internet meme. Ethan and Hila Klein have one of the most dedicated fan bases on YouTube. They also host the H3 podcast every week.

With 5.8 million subscribers, h3h3 productions have a sizeable amount of influence on YouTube. Although the satirical nature of their videos sometimes makes them subject to demonetization, many h3h3 videos remain cult classics amongst their fanbase. Hila and Ethan Klein have one of the most dedicated fan bases on YouTube. Many of the couple’s videos honor and mock “living memes”, but they have also become memes themselves. H3h3productions has a total of 1 billion views on their channel.

How Did Ethan Klein Earn his Money and Wealth?

Ethan Klein was born on June 24th, 1985 in Ventura, California in an Ashkenazi Jewish family.
He attended Buena High School. After graduating in 2004, he then studied English literature at the University of California until 2009.

Ethan Klein met his wife Hila in 2007 during a Birthright Israel trip. At the time, Hila was a soldier in the Israeli military. In a vlog detailing their relationship, Ethan stated that he was suffering from intense existential depression and anxiety before meeting Hila. Hila was also feeling burnt out from her demanding infantry training. After they met, their love helped them overcome their issues. Ethan and Hila married in 2012.

Shortly after meeting, Ethan Klein moved to Israel to live with Hila. The couple began creating videos in 2013, several of which went viral. After a series of sketches, the pair began to shift their focus to reaction/satire videos. Videos of Ethan Klein mocking viral videos achieved several million views.

H3h3productions became particularly popular after Ethan Klein shifted his focus towards the antics of YouTube “pranksters”. Many of these pranksters faked their pranks and/or harassed people for views. Through parodying these pranksters, h3h3’s videos were also used to criticize the trend of “outrage culture” (media designed to evoke intense emotions) raging across YouTube.

In March 2016, H3h3productions channel reached 1 million subscribers after they posted “Vape Nation”. The video features Ethan Klein walking around New York City in a bizarre weed-themed outfit while mocking the mannerisms of vape culture. The next year, H3h3 made an even more video that depicted Ethan carrying a custom built vape mod with 150 batteries, LED lights, and a TV screen.

Ethan Klein also became known for his parodies of pranksters Moe and Ethan Bradberry, Palestinian-American pranksters known for their bizarre antics which often harassing other people. They are also known (and mocked) for their trademark slogan “SLAMBERRY”. Despite being relentlessly parodied by h3h3productions, the brothers still kindly accepted a feature on the h3h3productions podcast.

In 2017, Ethan Klein met and befriended viral musician Post Malone. Shortly after, he started the h3h3 podcast with Hila and featured Post Malone on its first episode. Ethan Klein also started a tradition of making their guests take a vape from their custom “Go Green” vaping device from their previous viral video. Ethan and Hila have had over 70 famous guests on the show, including musicians, actors, and fellow internet celebrities.