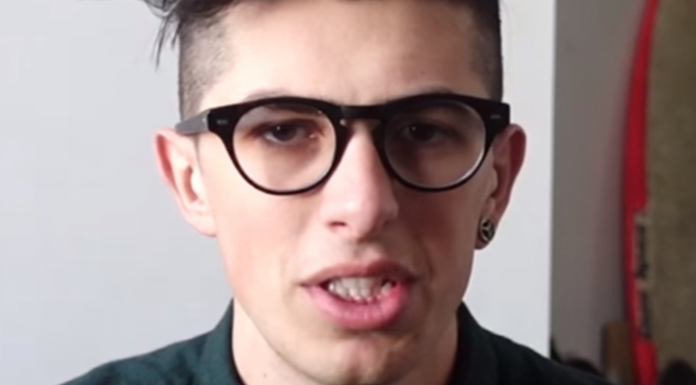 Sam Pepper is a controversial figure in social media. He had a very popular channel on YouTube where he made prank videos, but he did not know when to stop escalating them. Two of the videos that got him in trouble was when he pretended to kill his friend with his car, and another where he sexually harassed both men and women on the street as a “social experiment.” He deleted his initial YouTube channel in February 2016 and disappeared for a while. He recently reinvented his image, apologized to his fans, and restart his career on Twitch.

How Did Sam Pepper make their money & wealth 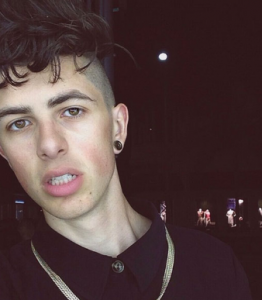 Sam was born in Ashford, Kent, England on March 26, 1989. He lived in England with his parents, and siblings – a brother and a sister. He went to a kind of secondary school in England called Technology College, which focused his studies on math, science, and technology. Once he finished, he started a halfhearted career as a graffiti artist. He began his YouTube channel in 2010.

That same year, he briefly appeared on the TV show Big Brother in the 11th season. He was on only on it for 20 days, coming in during a challenge and leaving on the 72nd day of the show. He walked off the show after being evicted while wearing a fake mustache. He was a controversial figure and got a mixed reaction from the crowd.

It took Sam two years to build his audience from nothing to 100,000 subscribers. By 2013, he had built his channel to 1 million fans. His videos were mostly pranks. In 2014, he went on tour with another YouTuber named Marius Listhrop. After four years of coming up with pranks, his videos started to get a little extreme.

Sam uploaded the now infamous video called Fake Hand Ass Pitch Prank, where he went around grabbing women’s butts with the fake hand on video. This caused a huge backlash, and he was accused of rape and sexual assault by multiple women, including fellow content creators. His channel began to lose popularity, and there was a campaign to get him removed from YouTube entirely. The next year, he stepped over another line after pretending to shoot Colby Brock in front of Sam Goldbach. It took a while, but in 2016 Sam apologized and made all of his videos private. He disappeared for a while.

Sam Pepper has since restarted his career as a live streamer on Twitch. Despite his apologies, it appears that he hasn’t learned much. He has live streamed himself and friends walking around the street and aggressively asking women for dates, and cursing and yelling when they get rejected. He is often seen driving around with a selfie stick, recording while driving an enormous SUV. He’s gotten himself in trouble with Twitch, the streaming platform, for inviting Ice Poseidon on his channel. Ice was previously banned from Twitch for making racist comments about people he saw in a restaurant. 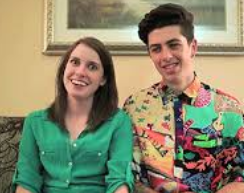 Way back in 2013, one of Sam peppers more innocuous prank videos was called I Have a Girlfriend. In it, Sam pretended to be dating Laina, the girl famous for the Crazy Ex-Girlfriend meme spawned by her Justin Bieber tribute video. The pair even kissed in Sam’s video.

In 2017, Sam Pepper was rumored to be dating actress Bella Thorne. They never announced it officially, but Sam posted pictures of them hanging out and holding hands on Instagram. This was barely a year after he was accused of sexual assault, and it caused a major backlash for Bella. There were rumors that Sam is currently dating a girl named Hannah.

Before Sam Pepper left YouTube, he was making about $4000 a month from his 2 million views on his videos. 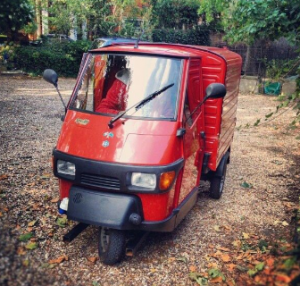 A few of Sam’s prior videos had him driving a three-wheeled van called a Piaggio. It is very distinctive looking. These days, he sometimes drives in an RV people that he streams on Twitch with.

In 2015, Sam decided to raise money for Save the Children US by registering for just giving.com and shaving his head. Despite his audience as a YouTuber, he only managed to raise 41% of his modest goal. 46 supporters ended up donating a total of $411 to his cause. This could have something to do with the fact that he was coming under a lot of fire for one of his more extreme pranks. He stated his reason for choosing the charity was because”children are our future, they are born into this world innocent and it’s up to us to take care of them.”

Sam Pepper got two YouTuber Creator Awards called Play Buttons. These awards are given to YouTubers by the company for the number of subscribers that they accrue. In 2012, Sam got the award for 100,000 subscribers. It was just the next year that he received the gold award for 1 million subscribers. He also managed to restart his career after being shunned from YouTube and to the YouTube community after he was accused of rape and sexual assault. Pepper claimed at the time that the harassment and assault were just a social experiment.