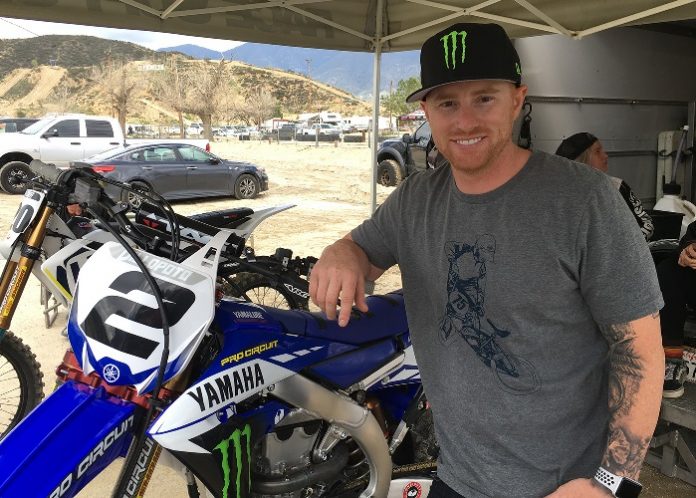 Ryan Villopoto is still only 29 years old, but he’s made millions from motorcycle racing, and even though the former Supercross and Motocross champion retired from motorcycle racing in 2015, due to injuries sustained during his career, he has made a sporadic return to competitive racing since then, appearing in the 2017 Speed Energy Formula Off-Road season, and in the X-Games in Aspen, Colorado earlier this year.

Ryan notched up a total of four Supercross championships, as well as three Motocross championships, for his Monster Energy Kawasaki team during the six years he competitively raced motorcycles, and in 2013 he topped the list of Supercross prizewinners, but exactly how much did he make during his career? And can fans of Ryan look forward to seeing him racing again in the future? Read on to find out.

How Did Ryan Villopoto make his money & wealth?

Ryan Villopoto was born in Fortuna, California on August 13th, 1988. He first began racing as an amateur in 2002. Racing for Team Green, he won the NMA 85cc Open and took second place in both the 85cc Stock and Modified Classes. He amassed a total of twelve titles for Team Green during his Amateur career, including four Winter Olympic SX races, four Winter MX races, and two Winter Olympics Olympiad titles. Ryan turned pro in 2006 at the age of 18, and his early career saw him win three consecutive titles in the MX Lites Championship from 2006 to 2008. He also won the AMA West Coast SX Lites Championship in 2007, and in 2006 he was named the American Motorcycle Association (AMA) Supercross/Motocross Rookie of the Year. In 2009 Ryan graduated up to the 450 class, and it was there that he began to dominate the sport from 2011 until the end of his career.

Ryan’s career was ultimately cut short by injury, and the first serious incident came in 2010, while he was leading the field at St Louis in round 14. A misjudged landing on a triple jump saw him take a hard landing, throwing him off his bike as it flipped over several times. Ryan’s racing boot was cut off and it was discovered he had sustained a serious injury. He withdrew from the 2010 series while he underwent surgery for a broken tibia and fibula, but the seven wins, and one-second place, he had already achieved that season had earned him a total of 266 points, and he finished fourth overall after missing the final three races.

Ryan Villopoto came back stronger than ever after recovering from the injury, and for the remainder of his professional career, he achieved the distinguished record of never losing a championship in any full season he competed in. He won four consecutive Supercross titles, from 2011 to 2014, matching the record set by the legendary Jeremy McGrath, and he also won the Lucas Oil Pro Motocross championship in 2011 and 2013. Throughout his career, he achieved a total of 73 AMA wins, with 41 of those in the AMA Supercross from 2009 to 2014.

Professional motorcycle racers earn money not only through the salary paid to them by their team but also in purse money that is distributed to both riders and teams by race organizers, depending on their final position in a race. That income is further boosted by bonuses that are paid by teams and sponsors for winning races, and in 2013 Ryan’s incredible performance in both Supercross and Motocross made him the top earner for the season. In Motocross he won eight races, and came second in a further two, winning the championship, but in Supercross his performance was exceptional.

Ryan’s 2013 Supercross season began with a 16th place finish, but after that, he achieved ten wins and four-second places out of 16 races. He earned $151,540 in purse money, but another $1 million in win bonuses. A further bonus of $100,000 was paid by his team for winning the championship, and his sponsor Kawasaki paid him another $1 million for winning the title on their bike. In 2014 he won both the Motocross and Supercross championships, dominating the latter event with consecutive wins in the final four races.

In 2015 Ryan Villopoto elected to compete in the European FIM Motocross World Championship (MXGP), in part because he felt that anything other than a Championship win in America was a failure at that point in his career. He underwent knee surgery before departing for Europe, but in April 2015 he crashed in Trentino in Italy and sustained injuries that led to his retirement later that year.

The crash occurred when an uncontrolled wheelie led to Ryan landing flat on his back before he flipped over and landed neatly on his feet. At first, he appeared to be fine, even running off the track, but he collapsed in pain seconds later. Ryan suffered multiple fractures in his coccyx, or tailbone, as well as soft tissue damage, and at first, he believed he would be able to return to riding within weeks, but sadly that wasn’t the case. Subsequent x-rays showed severe compression of several disks in his lower back, and he was suffering from severe pain. Realizing that he would be unable to return to the level of fitness required to compete in Motocross, Ryan announced his retirement on his website in July 2015.

Ryan married Kristen Brouillard in 2011. In 2016, Kristen gave birth to twins boys, Gage and Brax. Ryan and Kristen co-own a coffee shop, Urban City Brew, which is in their hometown of Paulsboro, just outside Seattle, and although Ryan has never used his celebrity status to promote the business, the shop has received good reviews online, all of which Ryan modestly attributes to Kristen’s hard work.

After retirement, Ryan stayed on with his team, Kawasaki, as a brand ambassador for the remainder of the 2015 MXGP season. Since then he has returned to competitive racing, most notably in December 2017 in the Speed Energy Formula Off-Road World Championship, or the Stadium Super Trucks World Championship as it’s generally known. There he took part in two feature races, finishing tenth in both. Ryan has also expressed an interest in competing in Supercross in the future if he can regain an adequate level of fitness, but so far he has not made any concrete plans to return to the sport. Ryan has continued to work with various sponsors after his retirement, including THOR/Parts Unlimited and the Monster Energy Company. During his career, he had endorsement deals with GoPro, Alpinestars, Atlas, Oakley, and Mobius Brace.

What is Ryan Villopoto doing now in 2018?

In January 2018, Ryan announced he was partnering with Yamaha for different marketing opportunities within Motocross and motorsports. Later that month he took part in the Snow BikeCross event at the X-Games in Aspen, although he finished last in his heat. Ryan, an avid gun collector, also spent time at Shot Show, an annual tradeshow for the shooting, hunting and firearms industry, where he worked with Project Childsafe, an organization which promotes firearms safety and education. You can find Ryan on Instagram, where 985,000 racing fans keep up to date with his latest activities.