What Happened to Deidre Bolton? – 2018 Update 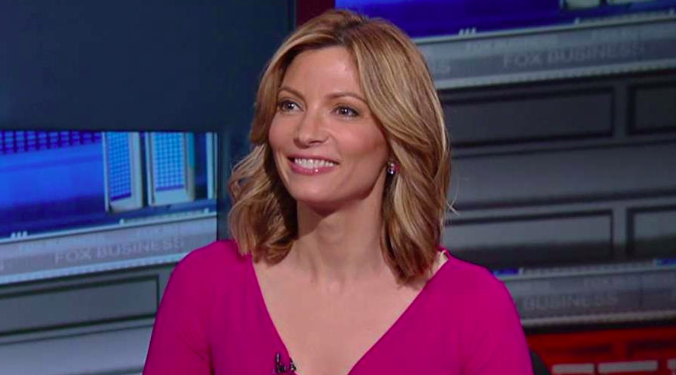 A television anchor, Deidre Bolton is perhaps best known for hosting Risk & Reward with Deidre Bolton on the Fox Business Network. Premiered in 2014, the news program mainly focused on real estate, alternative investments, hedge funds, and startups. Despite being relatively successful, however, it recently came to an end in 2017.

What has the anchor been up to since then? Has she hosted any other shows on Fox? Made any appearances on TV? These are some of the questions that we’re hoping to tackle below. Be sure to stick around if you want to know what happened to Deidre Bolton!

In 2014, it was announced that Deidre Bolton would be hosting a program called Risk & Reward with Deidre Bolton. Premiered on the Fox Business Network, it mainly centered around the topics of hedge funds, alternative investments, real estate, and venture capital- basically, non-traditional ways of making money.

Relatively success, it attracted a decent amount of viewers every week. In fact, Bolton had the opportunity to interview many guests such as Eric Breach, the co-chair of Gream America PAC and Morris Levy, the founder of The Yard.

Despite all this, however, fans were left wondering after the anchor took an unexplained absence in 2016. Without any warning, she had “left” the show for nearly a year. Though many initially speculated that the program would go on hiatus, it ultimately continued as usual, with substitute anchors such as Elizabeth MacDonald filling in for Bolton.

What had happened to Bolton? What caused her to leave her own show for close to a year? Unfortunately, viewers were left in the dark for many months; in the end, it wasn’t until 2017, that she returned in front of the cameras.

According to one of the interviews that she did shortly after returning, she had required a medical leave of absence after experiencing “a freak accident.” More serious than she had thought, the injury had required more recovery time than she had initially thought. What kind of injury was it? Though the exact details are unknown, she later shared that she had sustained an injury while playing baseball with her family.

From there, she eventually returned to host her own show on Fox. Within just a few months, however, she was once again substituted by Elizabeth MacDonald. According to her IMDb page, she last appeared on the news program in the fall of 2017. While the show has continued to run since then, Bolton herself has not made an appearance in many episodes.

Unfortunately, her situation with the show remains to be a bit of a mystery to this day. Interestingly enough, Risk & Reward is also no longer listed on her Twitter account, though “Fox Business” and “Fox News” remains.

Has she appeared on television since then? Yes, she has. While she hasn’t worked on any new programs herself, she has been invited onto a few TV shows such as Wall Street Week, Cavuto Live and Cavuto on Business. Most recently, she also appeared as a panelist on Fox and Friends.

Born on September 21, 1971, in Newtown, Pennsylvania, Deidre Bolton grew up in Bucks County, where she went to Council Rock High School as a teen. After graduating, she attended the University of Iowa, where she studied French and English literature. From there, she received a master’s degree from New York University. Unfortunately, not much is known about her early childhood at this point.

After several years of working in institutional equity sales, she joined Bloomberg in 2009. Ultimately, it wasn’t until five years later that she left to pursue a career with Fox Business News. A television anchor, she was given her own news program titled, Risk & Reward, which premiered on March 31, 2014.

A news program, it provided viewers with a closer look at some of the more non-traditional ways of making money. More specifically, the show focused on topics such as real estate, alternative investments, and startups. A relative success, it attracted thousands of audience members every night.

Despite that, however, she went on to take an unexplained, prolonged leave of absence in 2016. During that period, the show continued as usual, with her substitutes Elizabeth MacDonald and Gina Loudon. In the end, it wasn’t until 2017, nearly a year later, that she returned to the program. According to an interview with the anchor, she had allegedly suffered an injury while playing baseball with her family. More serious than she had initially thought, it had required many months of recovery- which is why she was absent from Risk & Reward. With that said, she did eventually return to the show.

Risk & Reward with Deidre Bolton in 2018

Though Risk & Reward is still airing, it would appear that Bolton herself is no longer hosting the show, despite having made a brief return in 2017. For many months, it has been hosted by her long-time substitute, Elizabeth MacDonald.