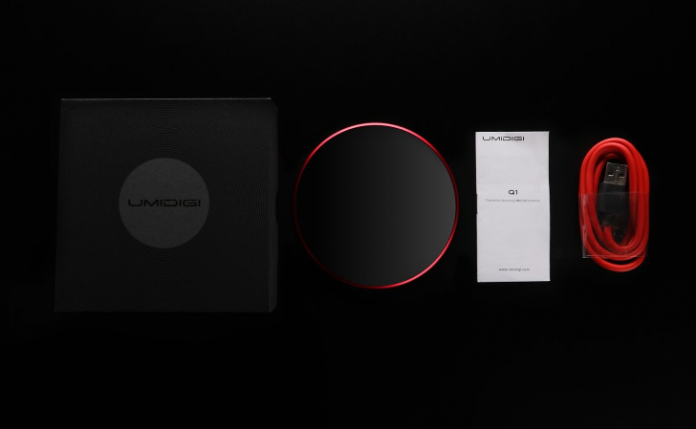 The official UMIDIGI store, AliExpress, is having a huge launch sale on the UMIDIGI Q1. If you have not heard of the UMIDIGI Q1 before, it is the new wireless charger that is said to be one of the fastest on the market. We also have the official unboxing video for the UMIDIGI Q1. It is not a surprise that UMIDIGI is coming out with another amazing smartphone accessory.

UMIDIGI wants to become one of the biggest technology pioneers out there, bringing fashionable smartphones and accessories to the public at reasonable prices. The company just unveiled the UMIDIGI Z2 recently, with a huge presale going on right now at Gearbest. We wanted to tell you about the UMIDIGI Q1 wireless charger, which is on sale right now over at AliExpress.

If UMIDIGI wants to become a leader in the fashionable technology industry, it is sure doing an amazing job with the new UMIDIGI Q1 wireless charger! With this new wireless charger, you will get up to 15W of wireless charge. That means this wireless charger is one of the fastest right now on the market. You just need to have a Qi-enabled device in order to use this charger, making it a great addition if you just purchased the new flagship Z2 series from UMIDIGI. 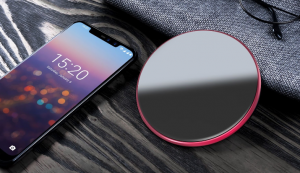 The UMIDIGI Z2 Pro has a 3550mAh battery, and using the UMIDIGI Q1, the smartphone can charge fully within 100 minutes! For a wireless charging device, that is an amazingly short amount of time to reach a full charge. The USB Type-C port is 18W and fast wired, which gives you a full charge in just 70 minutes. You will notice if you watch the video that it is also a cosmetic mirror! You have the fashionable angle by having the wireless charger double as a mirror. Obviously, the technology angle with this being a super quick wireless charging device. We are going to tell you a little more about the unboxing video for the UMIDIGI Q1 below.

Be sure to load up the unboxing video so you know what we are talking about with these details if you have not already. You will see that the UMIDIGI Q1 has a complete metal unibody, which is made from aluminum that is aircraft grade. Most other wireless charging brands just use a very cheap plastic. That is one reason why this wireless charger stands out among the competition. 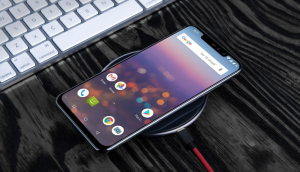 You will notice the solid and seamless body and surface, which is also due to the aircraft grade aluminum material design. On the front panel, you will see the 2.5D glass, which is the charging surface of the device. This is what also doubles as the cosmetic mirror, which is really cool. Did you see the bottom side of the charger? It has three rubber pads that are mounted on it, which will turn it into a stand that will not slip or slide.

Into some more details about the UMIDIGI Q1, it has a thickness of 5mm and diameter of 100mm. When you look at other wireless charging devices, you will notice how much thinner this one is compared to those. There is also a Type-C interface and it supports all types of inputs and outputs. The indicator light that is on the side will also light up in two different colors, with them being blue and red.

You will find the UMIDIGI Q1 on sale right now over at AliExpress, which is an official UMIDIGI store. Both red and black colors are available for you to purchase right now. Even cooler, is that you get a couple extra goodies in the retail box. You will find that you get the starter guide, the UMIDIGI Q1 wireless charger, and a Type-C cable. This is the world’s quickest wireless charger right now, and it can be yours for just $16.99! The UMIDIGI Q1 sale over at AliExpress is only going on from June 19 through June 25. You should hurry and get this item before this sale ends. You can see more information about this wireless charger by clicking here to head to the UMIDIGI website. We also have a ton of other pictures of the charger if you want to see more up close pictures, so just click this link to see those pictures.