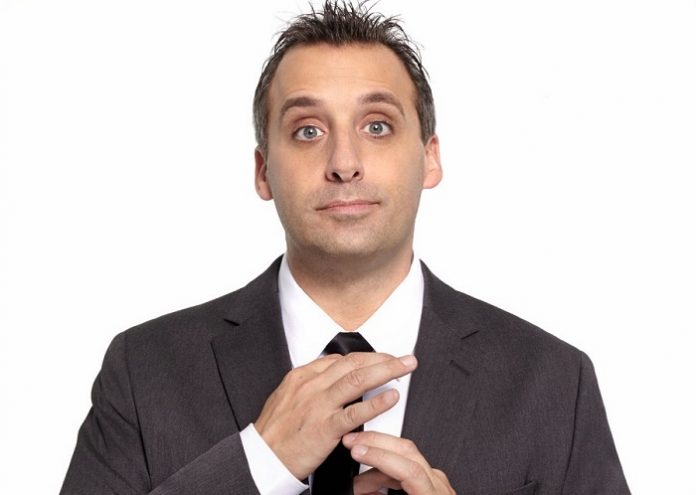 Joe Gatto hardly stands out amongst the Impractical Jokers, they all come from Staten Island, they all went to school together, and they all collapse into infectious, hysterical laughter when they’ve served a particularly big dish of embarrassment to one of the group. Joe and his fellow Impractical Jokers have all earned a small fortune from their TruTV fame, but exactly how much is Joe Gatto Worth? And how does he make his money? Read on as I attempt to find out.

How Did Joe Gatto make his money & wealth?

The first big surprise I discovered about Joe Gatto was the reported level of his net worth, which is usually quoted as being around $500,000, surprisingly low considering the success of Impractical Jokers around the World. Upon further investigation it appears that news sites have been reporting this figure since at least 2016, so considering the continuing success of Impractical Jokers, it’s likely that Joe’s wealth has at least doubled since then.

TruTV was launched in 1991, but back then it was Court TV, a network that exclusively focused on crime and legal dramas, as well as covering real-life court cases, including the Menendez brothers’ trial in 1994, and the OJ Simpson trial the following year. The network began a drive towards more entertainment content in 2006 after Time Warner bought it, and in 2008 the network was relaunched as TruTV, with the new brand covering more action-oriented reality, and caught on camera, shows.

TruTV departed from their usual serious schedule in December 2011 with Impractical Jokers, which featured the foolish foursome of Joe, James Murray, Brian Quinn and Sal Vulcano as they competed to create the most uncomfortable situations for their fellow jokers. The pranks they dreamed up were secretly filmed, with points awarded if a joker could achieve the stated aim, usually requiring a member of the public to react in a certain way, and each episode ended with the losing joker being required to perform a punishment task, such as Sal having to make up a song called ‘Butterfly Crime Scene’, and sing it to a jeering crowd at a baseball game.

The format was simple, but the stupidity of it all, the bemused reactions of the public, and the frequent bouts of hysterics between the jokers all combined to make a winning formula. TruTV found themselves with such a hit on their hands that the network began to shift more towards comedy content from 2014 onwards. But with such a successful show, why would Joe Gatto’s share of the profits be such a relatively low figure?

TruTV is, of course, a small network, and even though it’s available to almost 90 million households in the United States, viewing figures for Impractical Jokers rarely top two million per episode. The show is repeated often and has been syndicated around the World, but TruTV own all the syndication rights, as well as all the merchandising rights, the rights to DVD sales, and pretty much everything else. When the Impractical Jokers first came to our screens they were reported to be earning as little as $1,000 per episode

In October 2014 Brian Quinn, or Q as he’s known, spoke on the subject during a TruTV web chat during which he answered viewers questions. He asked fans to think about what they thought people on TV earned, and then to cut that figure to a quarter, and then to give some to the IRS, and some more to an agent. Q didn’t reveal any figures, but it’s clear that he was implying that the jokers earned a lot less than people thought. But Joe Gatto and the other Impractical Jokers are not only jokers for TruTV on the TV show, in addition to their TV fame they are the comedy Troupe ‘The Tenderloins’, and it’s under that name that they probably earn the majority of their wealth.

The four Impractical Jokers met during their freshman year at Monsignor Farrell High School in Staten Island in 1990, which goes some way to explain how their unscripted dialogue is always so entertaining. In 1999 they reunited as The Tenderloins as a sketch comedy and live improvisational comedy troupe, and after performing in New York, Los Angeles, and Chicago, as well as comedy festivals in San Francisco and Miami, they began to focus on recorded comedy sketches, sharing them online to a growing following.

In 2007 The Tenderloins won NBC’s ‘It’s Your Show’ competition, and picked up a $100,00 prize. Spike TV then signed the four up for a comedy pilot in 2008, but they failed to commission the show. Eventually, TruTV signed up The Tenderloins for the first season of Impractical Jokers in 2011. The show is now mid-way through its seventh season, and although Joe Gatto almost certainly earns more than $1,000 per episode these days, he’s not making millions from the success of the show directly.

Joe Gatto married long-time girlfriend Bessy in 2013. Their first child, daughter Milana, was born in 2015, and in July 2017 they had a son Remington. Joe frequently posts on social media about his happy home life, and married life certainly suits him more than at least one of his fellow jokers. In 2014 Murray married Sal’s sister Jenna, apparently as a prank to get back at Sal. The wedding was all too real and legally-binding too, although the couple did apply to annul the ceremony the following day. Sal later came out as gay, followed by Murray shortly afterward. Sal then announced that he wasn’t gay, and had only claimed to be to help Murray come out, but with the constant pranks among the four jokers, you can just never tell what is real, and what’s a prank.

Joe and the other Tenderloins are currently cashing in on their popularity with a nationwide tour, and it’s through these appearances that the group is making the majority of their wealth. Although I’ve estimated that Joe’s wealth is likely to be at least $1 million, CelebrityNetWorth.com are far more optimistic about his wealth than any other source, they claim Joe is worth as much as $5 million, although they offer no additional details to explain the figure. Taking into account the salaries of other TruTV stars, Joe’s annual income from Practical Jokers alone is likely to be $300,000 or more, with his Tenderloin appearances at least doubling that figure.

Joe has supported a number of charitable organizations. He has worked extensively with anti-bullying projects, and frequently promotes events held by Daniel’s Music Foundation (DMF) on his Facebook page. DMF is a New York Based organization that provides free music programs to disabled children and adults in the New York City area.