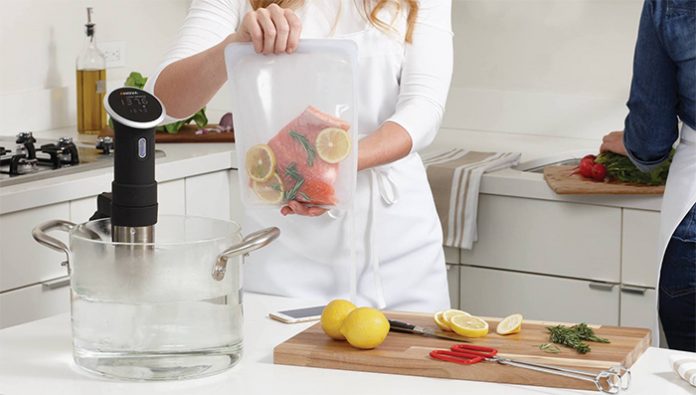 Made of pure platinum, food-grade silicone, Stasher bags are both air-tight and reusable. The world’s first non-plastic, self-sealing bag, they can be kept in freezers, used in cooking—and even run through dishwashers! Released in 2016, they have diligently been doing their part in keeping the Earth, greener.

An experienced entrepreneur, Kat Nouri had come up with the idea after being frustrated with having to use plastic bags and containers—both of which had the potential to destroy the environment. Devastated by the realization, she had taken it upon herself to create a healthier alternative. After many hours of brainstorming, she eventually conceived a concept—that is, a silicone self-sealing, non-plastic bag, one that can be used to replace traditional plastic bags.

Over the next four years, Nouri worked closely with a team of material engineers and manufactures to create what would become the Stasher bags. After meticulous testing, they had come up with a product that was able to be used over 3,000 times—the epitome of reusable. In terms of funding, she had taken $1 million of her profits from Modern-twist—an innovative silicone products company that she had founded in 2005—for the project. In 2016, the line of silicone bags was released to the market.

Within months, it had proved to be a hit among consumers, many of whom had taken a liking to its practicality and impact (or rather lack of) on the environment. As the company continued to grow, they were eventually able to land deals with U.S. retailers such as Sur La Table, and Target. Still, Nouri sought to further expand the business.

To her pleasant surprise, an opportunity soon came her way in the form of ABC’s Shark Tank. More specifically, it was later announced that she would be pitching her company, Stasher on the popular American reality series. Featured on the fifteenth episode of the ninth season, the episode eventually aired on January 7, 2018. 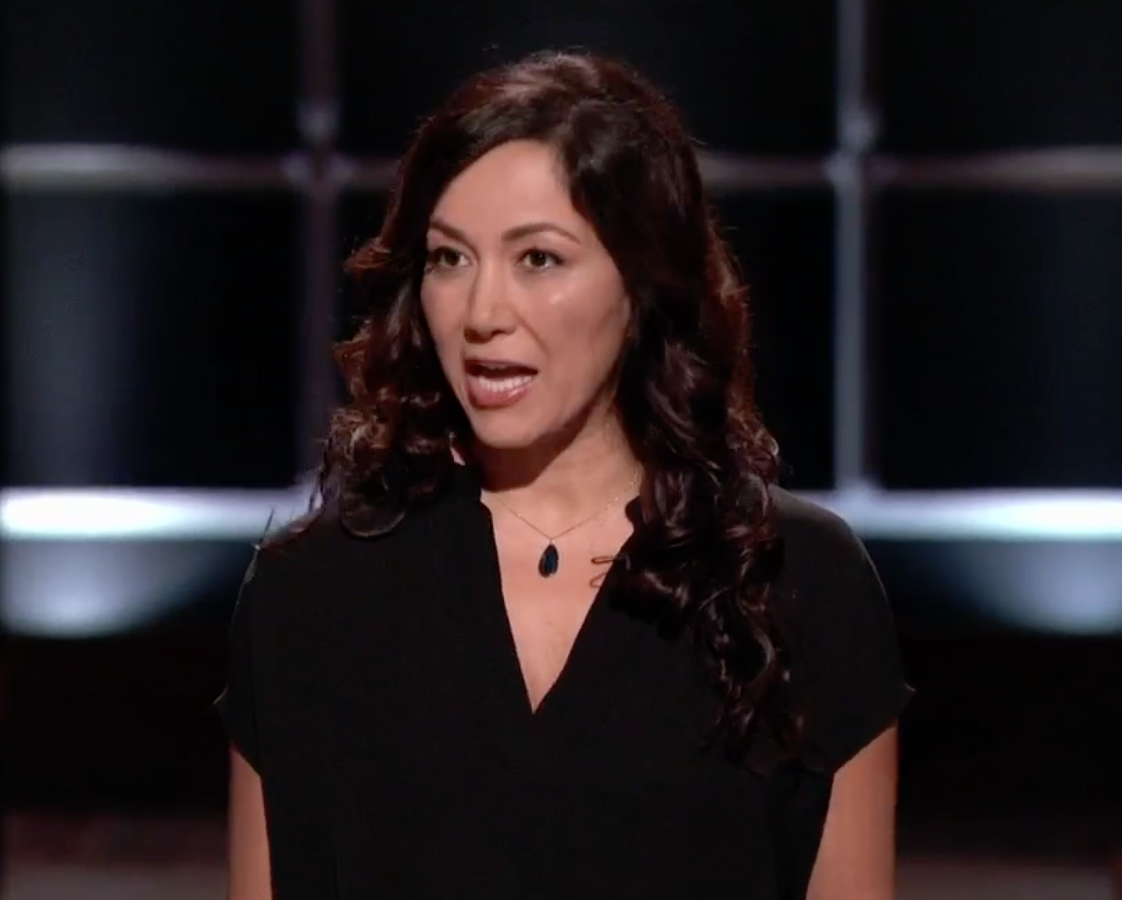 Walking into the tank with a helper, Nouri introduces herself as the founder and creator of Stasher. Having come all the way from Oakland, California, she tells them that she is seeking a $400,000 investment for 5% of her company.

Starting her pitch with a bang, she says that Stasher is transforming the container industry. A healthier alternative to plastic bags and containers, she explains, that the plastic-free silicone pinch-lock bags “has all the purity of glass, with the functionality of plastic.”

With that, she and her helper demonstrate how the products can be used. Using a piece of salmon as an example, she tells the sharks that the entire bag—including the contents inside, can be sous-vided, microwaved or put in an oven for cooking. “Super compact and easy to use”, she goes on to explain that each of the bags can be sealed simply by being folded over and pinched on the top. “Once you’re done with it”, she continues, “it can simply be tossed into the dishwasher” for a thorough cleaning.

Commenting that she has samples for everyone, Nouri proceeds to hand each of the sharks “a different stash.” As she does, she also lets them know that each of the bags is made out of pure platinum silicone with no byproducts. Having examined the product in her hand, Lori subsequently asks the inventor about the other silicone bags on the market. In response, she highlights the fact that there are no other silicone bags out there “with a male and female closure that can be sealed by itself.” Adding to that, she also says that the patents are on the actual seals, which prompts the sharks to take a closer look at the bags.

Asked about the pricing seconds later, Nouri explains that the small bag sells for $9.99, the medium for $11.99 and the large for $19.99. Told that they’re quite expensive, the inventor defends the products by saying the price reflects the platinum silicone material, which can be used thousands of times. Going on a slight tangent, she also takes the opportunity to remind everyone that plastic bags shouldn’t be used.

Not long afterward, the attention goes to Rohan, who asks her about her story. Sharing her background, Nouri says that she’s had multiple businesses in the past, all of which were successful. “Not here to just make a buck,” she explains that it is her goal to make a difference on the planet.

Curious, Lori inquires about her other businesses, to which she replies that she had started Modern-Twist—“the first company to make silicone into a textile.” Just as she’s about to continue, however, Barbara asks whether or not she’s making a lot of sales, as the price point is rather high. Switching to the topic of sales, Nouri tells them that they’ve done $1.6 million in the past twelve months that they’ve been on the market, which seems to astonish many of the sharks. 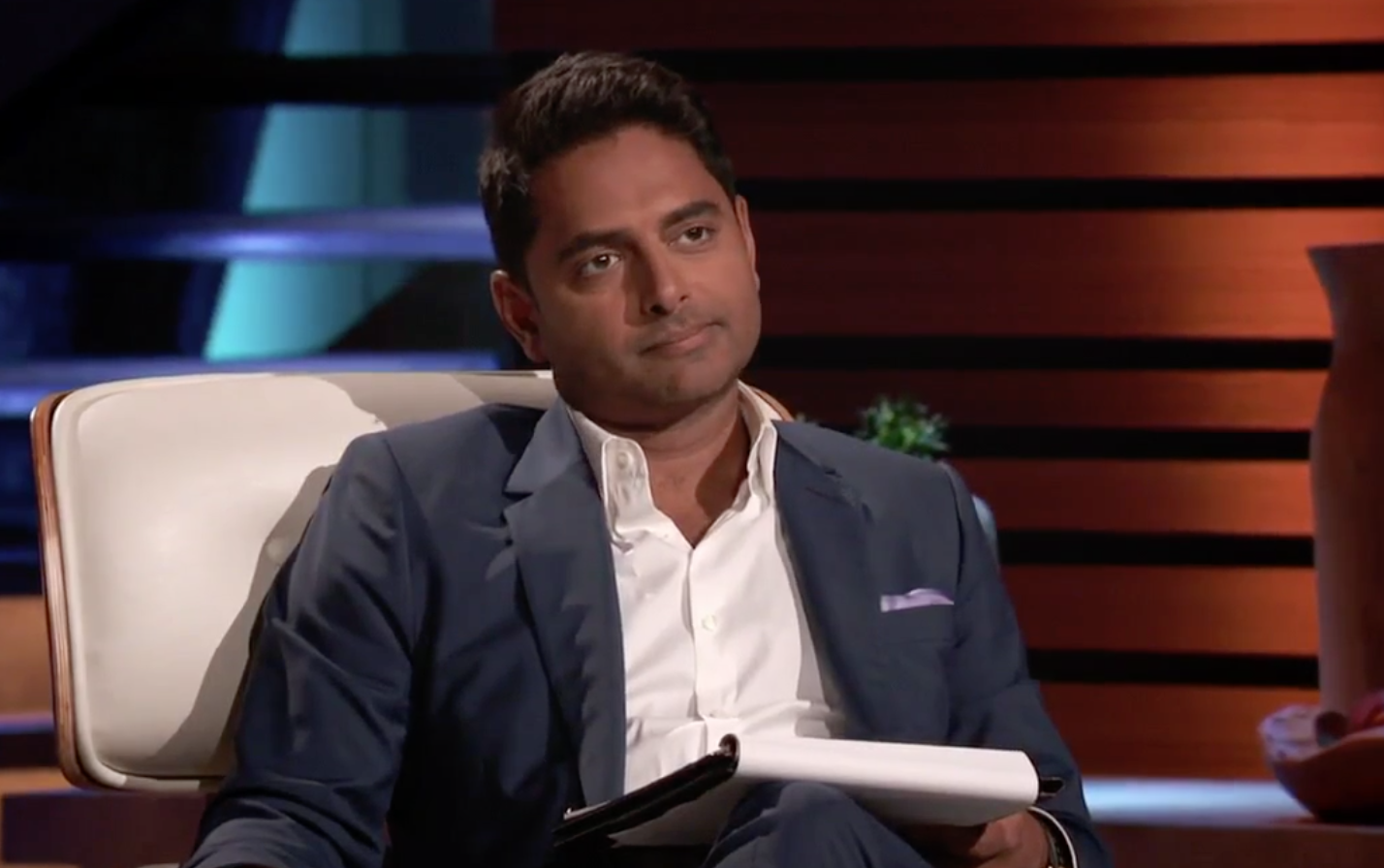 Wanting to know more about the details, Rohan asks about the number’s breakdown. Answering the question, the founder states that 50% of sales come from e-commerce, 30% from Amazon and 7% from commerce. Subsequently asked about the current blended margin, she replies that it is 63%. Doing the math in his head, Mark points out that they’ve done nearly $1 million, which Nouri confirms. Continuing, he asks whether or not the company is profitable to which he is told “absolutely.”

Reiterating that their gross profit was $1 million on $1.6 million, Robert eventually asks about the net profit on the $1 million. In reply, Nouri states that they did $100,000 in profits. Confident about their success, she goes on to tell them that it will become a $100 million company in four years, which garners laughter from the sharks.

As the attention goes back to the panel, Robert starts to speak. While he compliments her personality, however, he tells her that he will be backing out as he “doesn’t understand the advantage of the product.” Thanking him for his time, Nouri looks on as Barbara begins to talk.

Holding the product in one hand, the shark tells her that she is a “phenomenal salesperson.” Continuing, however, she lets her know that she would not purchase the bag for its price point, which leads her to also drop out. 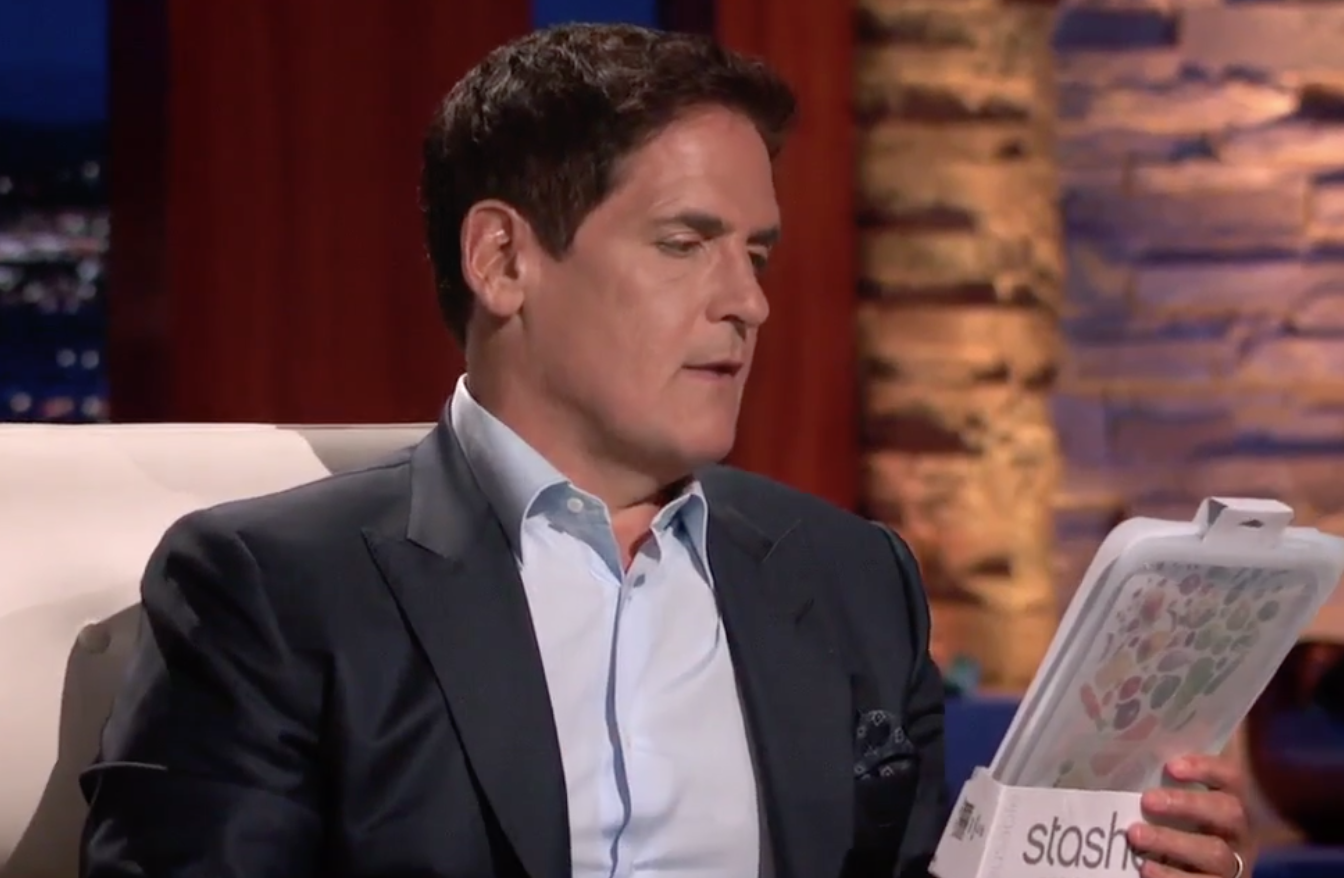 Having examined the product, Mark subsequently asks about the packaging—more specifically as to why it doesn’t say “anything about the environment.” Quick to agree with his comment, Nouri states that it is something that they will definitely take into consideration. As the shark continues to speak, the discussion becomes a little heated. Within seconds, the others also chime in with the same comment—that there is nothing written about the bag being a healthier alternative, despite that being a major selling point.

In defense, Nouri tells them that it should be a given, given that the bags are made out of silicone. To that, however, Rohan says that he only sees it as something to store vegetables—as the product’s story is not being conveyed on the front packaging.

Emphasizing that she wants Mark’s help, Nouri continues to talk—even as Lori begins to speak. Asked to “make an offer that he can’t refuse”, the founder redirects her own question “what is appetizing?” back to the shark. Just as they’re about to go on with their discussion, however, Lori lets her know that both her and Rohan are out of the deal, to which she quickly brushes off, much to the surprise of Lori.

Continuing her discussion with Mark, the founder reiterates her initial offer before increasing it to 7% (i.e. $400,000 investment for a 7% stake). Noticeably enthusiastic about the opportunity to work with Mark, she goes on to remark that “she wants [him]”—a bold statement which causes Rohan to laugh. As the panel begins to talk among themselves, Nouri reassures him that she will get a line of credit if she gets large accounts.

Seconds later, Rohan makes a comment that Mark can get her into some of the biggest e-commerce out there, to which Nouri scoffs at, much to the shark’s surprise. Questioning whether or not her offer of 7% is too low, she goes on to ask Mark what he wants for a deal. Upon contemplating, Mark lets her know that he will give her a $400,000 investment for a 20% stake, as well as a $400,000 line of credit.

Unsettled with the large number, Nouri asks whether or not he will take it for a 15% stake. With that, the attention is redirected towards the shark. To everyone’s surprise, however, he soon agrees. Ecstatic, Nouri lets out a cry of joy before walking up to Mark for a brief hug.

Walking out of the tank, she and her helper are noticeably excited about what had conspired just seconds earlier. Just as her segment on the show ends, Nouri exclaims that she believes working with Mark “will help move the needle for [them].”

Stasher in 2018 – The After Shark Tank Update

Many months have passed since Nouri pitched her line of silicone re-usable bags on Shark Tank. How is the company doing nowadays?

Not long after the episode aired, it was announced that Stasher had been made available in several other retailers including Pottery Barn Kids and Target nationwide. A few months afterward, the product was also named as one of the finalists at the 2018 World Changing Ideas Awards, which was presented by Fast Company.

What Customers Think About the Product

If anything, the product has only exploded in popularity since it was featured on television. In terms of what consumers think, the overall consensus seems to be positive. For instance, Stasher currently has a four-star rating out of more than 680 reviews on Amazon, which is quite an impressive feat in itself.

Looking at its reviews, the bags’ design—especially the seal, is complemented by many users. With that said, some have noted that there is a slight plastic odor to the bag. For the most parts, however, customers are satisfied with the purchase.

Similarly, on Facebook, the company also has a 4.6-star rating. While there are only about two dozen reviews, the general consensus mirrors that of Amazon.

Unsurprisingly, the company has also built up somewhat of a fan base on social media over the past several months. In fact, they’ve amassed more than 80,000 followers on Instagram alone! As their presence continues to grow, there’s no doubt that their fan base will follow suit as well.

Will Nouri be coming back to television for a Shark Tank update anytime soon? Unfortunately, at this time, it’s hard to know what the producers have planned—seeing as how she was just recently featured, however, it might take a while before we see her on the show again.