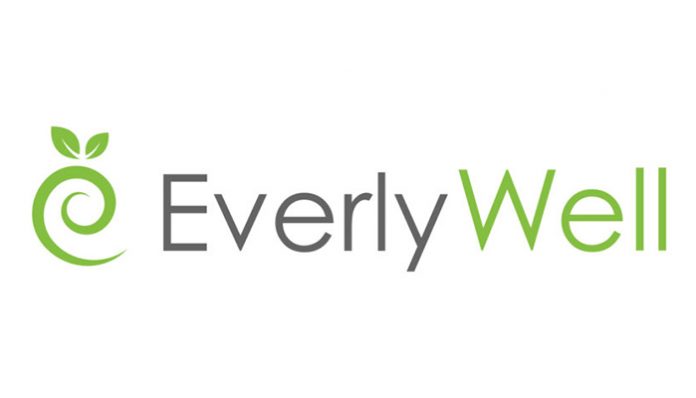 With Everlywell’s food sensitivity tests, at-home health testing has never been easier. Easy to use, individuals simply need to purchase a kit, which they can then use in the comfort of their own home. After collecting the sample, it is then sent to one of the country’s leading laboratories for analysis. From there, the results—which are reviewed by a board-certified physician, will be available in a few days.

The brainchild of Julia Cheek, she had originally come up with the idea for the startup after experiencing random aches and pains. Frustrated with what felt like chronic fatigue, she went to her doctor for answers. Despite the fact that she had gone to several specialists who had conducted various tests, however, she was not given any answers—in fact, they had told her that her results were normal.

Continuing to seek help, she eventually found herself visiting an acupuncturist. To her surprise, the medical provider soon told her that her body was deficient in magnesium, vitamin D and B12, in addition to her cortisol levels being completely off. Realizing how inaccessible proper health testing is, she decided to take matters into her own hands.

Quitting her corporate job in 2015, she immediately got to work. Before long, she had founded EverlyWell, a home health testing platform. Incredibly successful, the company reached millions in sales within just one year. By 2017, her work had led her to be featured in CIO magazine. Continuing to make strides, the startup later partnered up with Helix, an American genomics company, which allowed them to bring DNA testing to the table.

With encouragement from one of her investors, Cheek eventually decided to audition for Shark Tank (which she is a big fan of) later that year. Despite having successfully raised $5 million for the company, she had felt the need to take EverlyWell to the next level. In the end, she would go on to be featured in the twelfth season of season nine. 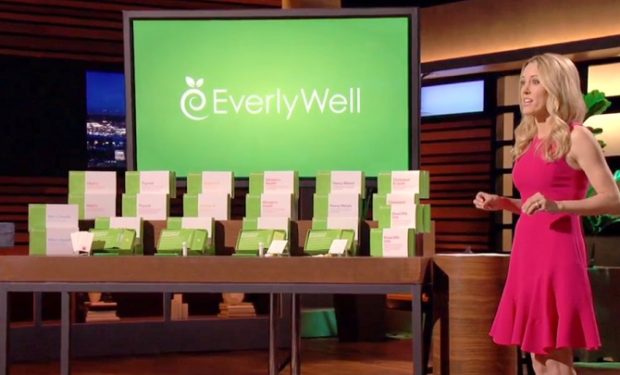 Stepping into the tank, Julia introduces both herself and her company—EverlyWell, to the sharks. Getting right down to business, she goes on to tell them that she is seeking a $1 million investment for 5% equity, which seems to surprise the panel a bit.

Starting her pitch, she tells them that her startup aims to transform lab testing, a $25 billion market, to be “simple, convenient and useful.”Continuing, she reveals that she had launched the company after spending months trying to figure out an “a very basic hormonal imbalance”. Elaborating on the story, she states that despite having gone to many doctors, who ran many tests—a process which took a lot of time and money—she did not receive any answers for her symptoms. Ultimately, it was after that tedious experience, that she came to form the company, she explains.

Continuing with a smile, she tells them that EverlyWell provides “convenient, accurate, at-home lab tests, with results that are easy to understand.” Gesturing towards the television, she begins to describe the process as a video tutorial is shown on the screen. Explaining, she lets them know that it consists of three steps—collect the sample at home, send it back to a certified lab and wait for the results, which can then be viewed online within a few days. 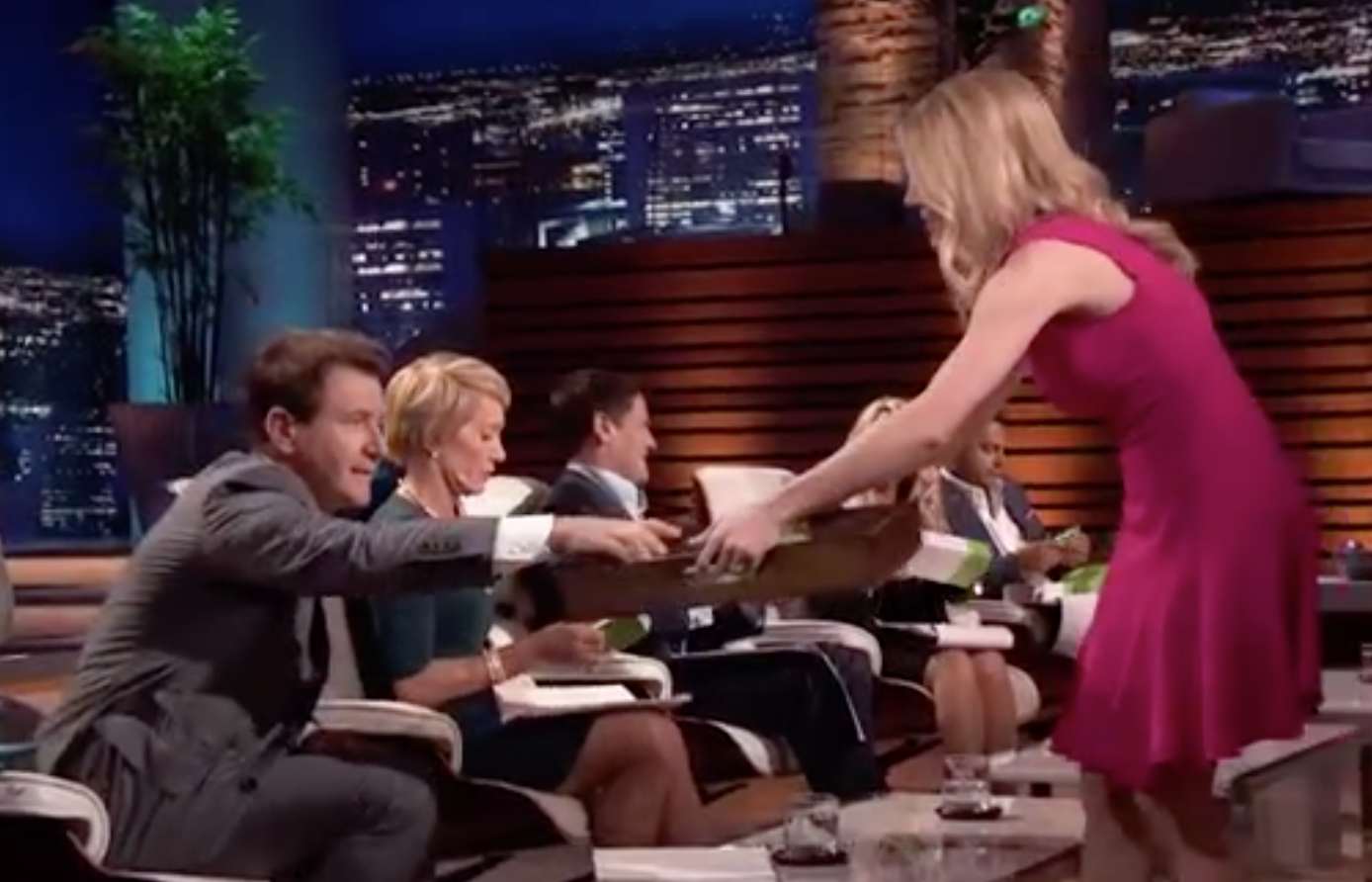 With her speech complete, she begins to hand out sample kits to the sharks—each of which tests for different things (e.g. food sensitivities, vitamin D, cholesterol, etc.). Examining the boxes, the sharks are quick to direct a few questions to the founder. In response to Rohan’s inquiry about the vitamin D test, she lets him know that it requires a small blood sample. From there, she states that EverlyWell’s thirteen different tests can be purchased through their website. Upon further prompting by Robert, she reveals that they range in price anywhere from $69 to $399.

Having been told that, Barbara wonders how much cheaper it is compared to going to the doctor. In reply, Julia tells her that it ultimately depends on the person’s insurance. As if on cue, Robert immediately brings up the point that the kits are not covered by insurance. Confirming that fact, the founder goes on to explain that they are “not yet in the network with insurance companies”.

Repeating some of the things that she had said previously, Robert subsequently inquires about the main highlight of the product, to which Julia confirms is convenience. Making a point, she goes on to reiterate the fact that her company’s kits are both affordable, and easy-to-use.

Next, the attention goes to Rohan, who asks Julia about revenue and sales. Answering his question, she tells him that they’ve already sold over $2 million worth since their launch last summer. Explaining further, she reveals that the company is currently on a $400,000 run rate, and grows by 20% on a monthly basis, which seems to impress the sharks. Prompted by Lori, the founder goes on to add that they’re bound for $4 million next year, and $12 million the year afterward.

With the numbers out of the way, she begins to talk a bit more about her background. Born and raised in Dallas, she reveals that she had gone to Vanderbilt University on a full academic scholarship, where she majored in psychology and economics. After graduating, she says, she worked briefly in consulting before going back to school for an MBA at Harvard. 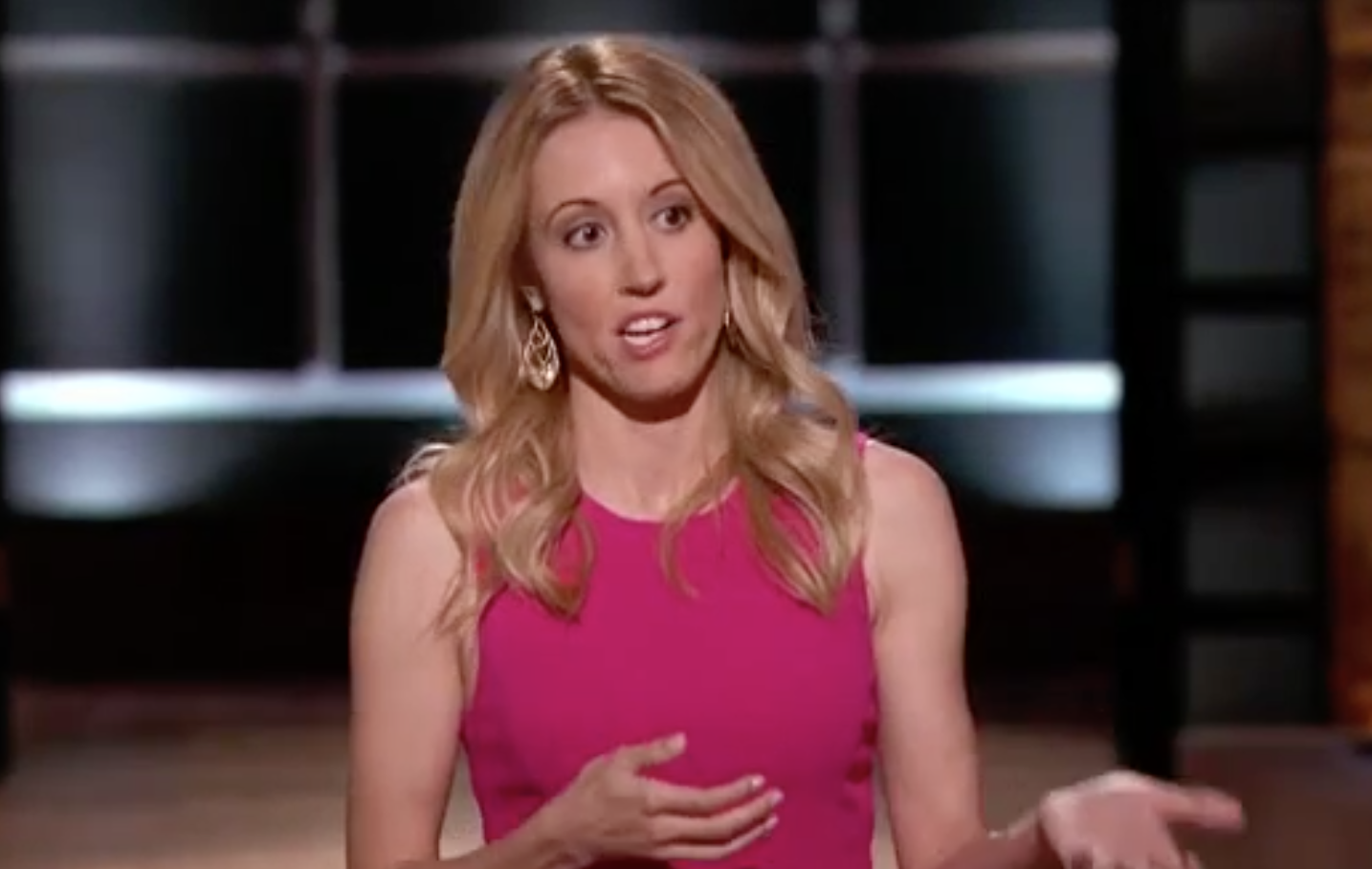 Upon finishing her story, Robert asks about the company’s fundings, to which she replies that they have successfully raised $5 million to date. Following that, Mark inquires about their valuation, to which Julie states they are at a $15 million cap. Continuing to answer the sharks’ questions, she goes on to say that their current burn rate is $150,000. Defending that number, she explains to them that it is because they are investing in additional features.

As the sharks look on, Julia adds that they’ve recently just launched a new test—the STD test, which is already 10% of their business. Asked whether or not they have any online competitors seconds later by Robert, she answers that there is currently no other company offering a platform of at-home kits. With that, he goes on to ask about EverlyWell’s competitive advantage, to which she replies is the platform. Elaborating, she explains that they are able to rule out 250 different tests from their six labs.

Taking the opportunity to share more info, she states that they will soon be launching a partnership with Helix, which will allow them to bring in genomics testing. Curious about their vision, Lori soon asks about their goal. Describing that it is currently “a very hot place”, Julia explains that there is a lot of opportunity both for acquisition from traditional diagnostics and genomics testing. Commenting that competition is a big issue, however, Mark backs out just moments later.

Noting that her business is a “constant development”—aka something that would require a lot of money, Barbara also decides to back out. As Julia nods in acknowledgment, Robert begins to talk about how expensive it is to do business in America for employees on health care. Commenting that she’d always have to raise more money, she tells her it’s not for him, before also backing out.

Soon afterward, the attention goes to Rohan, who offers Julia some encouraging words. While moved by the company’s idea of “taking charge of your personal health” however, he admits that it’s a highly expensive game—in his words, the money he could give her would be “diluted rapidly.” For that reason, he explains, he will also be dropping out.

With that, Julia can only look on as Lori, the only remaining shark begins to speak. Impressed with the product, which she believes is “brilliantly crafted”, she continues to talk about how empowering the kits can be, for someone to check on their own health. Taking a flyer, she eventually makes her an offer—that is, a $1 million line of credit at 8% for a 5% stake in the company. Continuing, she reminds the founder that she’ll also be able to bring in a lot of marketing and retail. 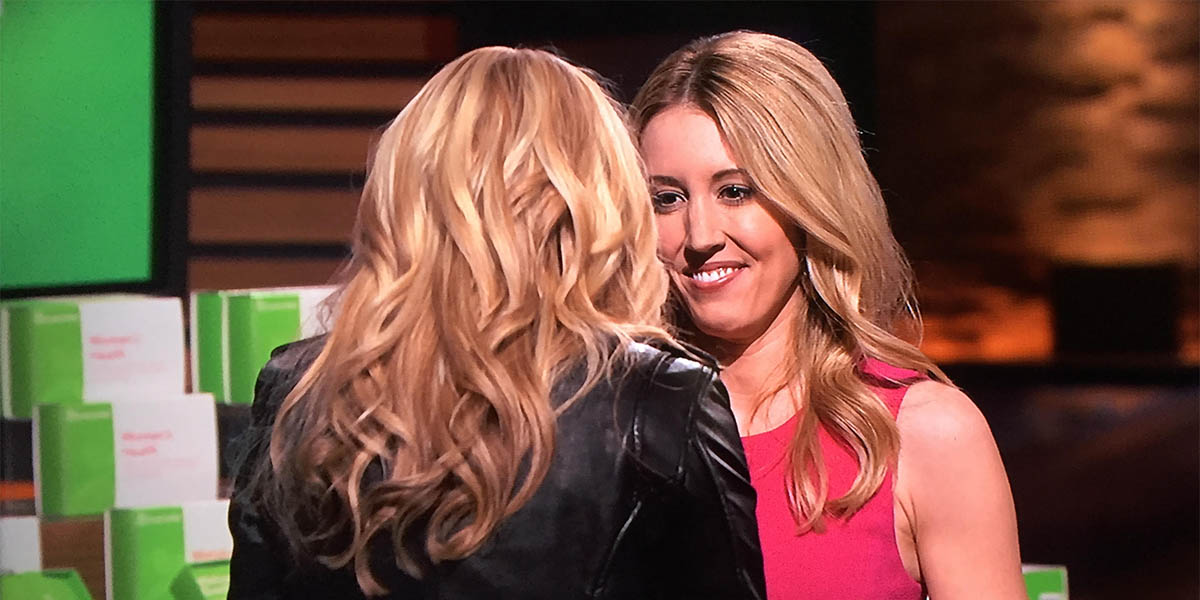 Commenting that they’re actually in desperate need of a line of credit, Julia almost immediately agrees to the deal—without counteroffering, which surprises Lori. Telling her that she’d love to work with her, the two eventually come together for a brief hug, during which the rest of the panel offers their congratulations. With a big smile, the founder then turns around to walk out of the set.

Noticeably excited, Julia goes on to share how excited she is to work with Lori, especially on the company’s branding, in the subsequent interview. With that, her segment on the episode ends.

EverlyWell in 2018 – The After Shark Tank Update

Many months have passed since Julia was on the show to promote EverlyWell. How is she and the company doing now with Lori’s help?

Not long after the episode aired, EverlyWell officially launched their collaboration with Helix, —something that Julia had mentioned would be happening on the show. Not only that, but the company has since revealed that they also have other partnerships currently in the works. Judging by that, it’s obvious that they’re continuing on the right track—if anything, their recent appearance on Shark Tank has only given them the notoriety and attention that they needed.

In terms of what they have planned beyond that, the founder has revealed that they’re currently working on a system of pre-authorizing physicians, which would allow them to automatically share the test results with them.

What Individuals Think About EverlyWell

Since they were on the show, they’ve sold numerous kits across the country. Not only can they be purchased from their official website, but they can also be purchased via Amazon. In fact, they’re already amassed quite a number of reviews on the site. Looking at some of them, it would appear that most of their test have a three-star rating, which is generally above average. While there are many who are satisfied with the results, however, a number of people have voiced concerns that the kits lack accuracy—a fact which has warranted them several one-star ratings.

Speaking of which, the at-home kits had actually received a bit of attention among medical experts earlier this year. Unfortunately for the EverlyWell team, the general consensus was that “it is of dubious medical value.” Adding to that, it was also mentioned that the tests were not regulated by the Food and Drug Administration, which could be concerning for some.

Will Julia Cheek be returning for a Shark Tank update sometime later this year? Considering all things, it might just be a while before we see her back on the show. For now, all we can do is cross our fingers and hope for the good news.