What Ever Happened to Cousin Charlotte? 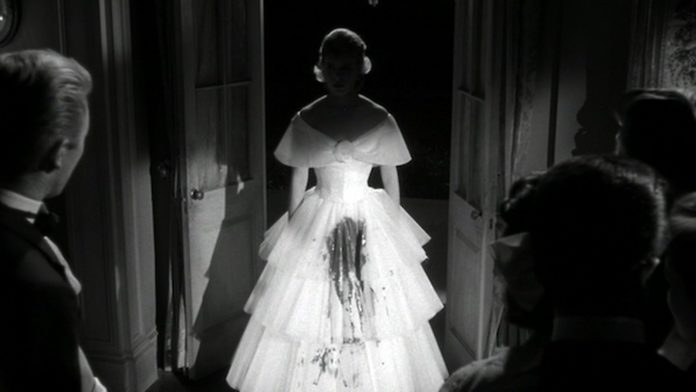 With the recent uptick in interest about 1960’s and 1970’s psychological horror films, one mystery has plagued the mind of fans of both Bette Davis and her often rival, sometimes co-star Joan Crawford: ‘ What Ever Happened To Cousin Charlotte’? Here, we will delve into what happened behind the scenes of previous films in the series, during the filming of what was supposed to be Whatever Happened to Cousin Charlotte, and how everyone involved is faring in 2018.

What Ever Happened to Baby Jane and the ‘Hagsploitation Era?’

Back in the 1960’s and 70’s, it was known that once you hit 30 as an actress, that clock was ticking fast and time was running down. Such was the case for both Bette Davis and Joan Crawford, who while wildly successful acting rivals, were also ageing out of the business. In a last-ditch effort to keep both their careers alive, both actresses’ agents ended up signing them onto an unusual Warner Brothers project, What Ever Happened to Baby Jane. This film, based on the Lukas Heller screenplay perhaps hit home for both actresses as it revolved around a pair of sisters who had been actresses, one being popular while the other becoming a backbiting failure, both of whom ageing to the point of becoming reliant on each other during late life. Bette Davis’ character over time becomes cruel, and the plot plays out in horror and mystery, giving rise to a very niche genre called ‘Hagsploitation’, for the use of older actresses.

To the surprise of many, this film was immensely successful, gaining prize and praise, partly due to the real rivalry between the main stars themselves lending to the viciousness of the roles. After the success of this initial film, Lukas went to work on another screenplay in the same vein, “What Ever Happened to Cousin Charlotte”.

From ‘What Ever Happened’ to ‘Hush…Hush’ 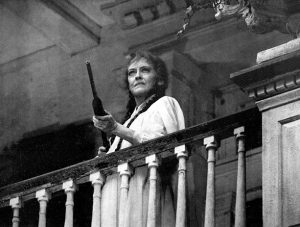 Warner Brothers Executives had apparently never hard circa 1962 that lightning never struck twice. Originally, the studio had decided they wanted a sequel and a corner on the genre market with a movie by the name of “What Ever Happened to Cousin Charlotte”, which was again written by Lukas Heller and directed by Robert Aldrich. Originally cast to include both Davis and Crawford, and with an admittedly similar premise of a single spinster causing suspense and death around herself, there were a few tweaks that occurred before the film hit screens.
Of these, perhaps the most notable was that Crawford, perhaps sick of the focus on Bette Davis and due to personal feuds, began faking an illness onset, delaying filming for over two months before eventually being replaced by Olivia de Havilland, with whom there was a more agreeable working atmosphere. Likewise, the studio believed that audiences would too easily mistake ‘What Ever Happened To Cousin Charlotte’ with their similarly named previous film and see it as a cheap rip-off, so a revision of the name was decided as the best course of action. Despite the original issues with the film and stars, Hush…Hush Cousin Charlotte would take a successful spot right next to the previous film, netting a total of 7 awards and a very high amount of critical acclaim.

What Happened after ‘Hush…Hush, Sweet Charlotte?

As one might expect after two immensely successful films, Davis continued to see growth in her career, and Crawford, despite the controversy that was her presence (or lack thereof) on the set of Hush… Hush, Sweet Charlotte would experience much of the same. For Davis, her career would end with many international awards including a Kennedy Award, and the French Legion of honor to just name a few. Her last film appearance would be after a battle with breast cancer in 1987 with the movie ‘The Whales of August’, where her proximity to death’s door did not cause any break in her acting quality. She would end up passing away in France just two years later. For Crawford, her life would end over a decade earlier in 1977, and while she did receive a good number of domestic awards later in life, she would be a noted recluse after seeing some less-than-stellar photos of herself at a party. Upon her death, she was noted as being remarkably charitable, giving away a good deal of her estate to multiple diseases and cancer societies as well as the U.S.O.

With the passing of these two stars, the era that they helped found ended, but not without a lot of interest generations thereafter.