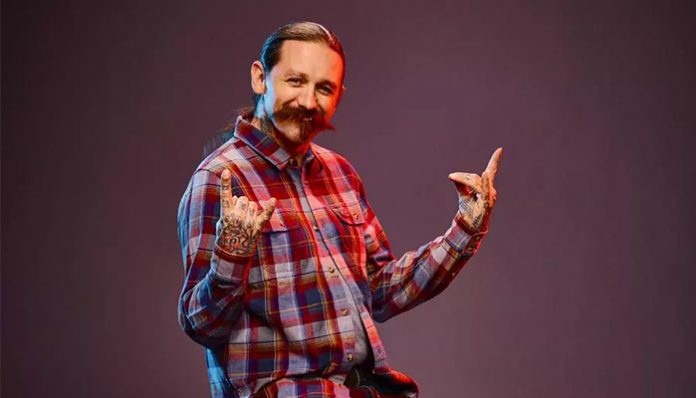 A tattoo artist, Oliver Peck is perhaps best known for his appearances on the reality competition, Ink Master. One of the show’s three judges, he has starred in the series since it first premiered on the Paramount Network in 2012. If anything, he has earned himself a significant fan base over the past several years.

If you’re a fan of the show, then you probably know that the tenth season recently wrapped up this spring. Considering how popular it is, it’s not surprising to know that it has already been renewed by the network for the eleventh season. The question is—will Oliver Peck be returning as one of the main cast members?

Is he busy with any other projects? What has the accomplished tattoo artist been up to recently? Aside from Ink Master, has he been featured in any other TV programs? These are some of the things that we’ll be taking a look at—if you’re interested, be sure to read along!

In 2017, it was announced that Ink Master would be renewed for a tenth season. From there, just a few months later, it premiered on January 9, 2018. As always, the show welcomed back Oliver Peck as one of the show’s three judges (the others being Chris Nunez and Dave Navarro).

A big hit, the first episode attracted over 780,000 viewers in the U.S. Several weeks of intense competition later, Josh Payne—an aspiring tattoo artist from Cortland, New York was announced as the winner. As such, he was given the title of Ink Master, a $100,000 cash prize, as well as a feature in Inked Magazine. The final episode, “Return of the Masters Finale” aired on April 24, 2018. That same day, it was announced that the television network had renewed the show for an eleventh season.

Since the announcement, many have started to wonder—will Oliver Peck be returning to the show as one of the co-judges? Unfortunately, The Paramount Network has been pretty tight-lipped about the new season—other than the fact that it will be premiering later this year, not much is known currently.

What has Oliver been up to since the tenth season wrapped up? As far as we can tell, he has, for the most parts, been busy with his two tattoo parlours—Elm Street Tattoo and True Tattoo. With that said, he has put aside some time for fun. For instance, he recently took part in “The Return of the Wig Party” at the Three Links Deep Ellum in Dallas.

Born on July 29, 1971, in Texas, Oliver Peck has been interested in art since his childhood. Passionate about drawing, he was a student at South West High School, during which he was also an avid skater. At one point, however, he found himself involved with drugs, something that ultimately led him to be incarcerated for a short period. Realizing his mistake, he eventually turned his life around after being released.

Involved with tattooing since his late teens, he had bought his first set of equipment at the age of seventeen, after borrowing some money from a few friends. Interestingly enough, however, he had never stepped foot into a tattoo parlor before. In the end, it wasn’t until he met Stell, a professional tattoo artist at Pair-O-Dice Tattoo that the “hobby” began to turn into something more serious. With his professional guidance, he was eventually able to grasp the art of tattooing.

Fast forward many years, and he was invited to join the cast of the reality competition series, Ink Master. Premiered on the Paramount Network on January 17, 2012, the show follows a number of tattoo artists as they compete in a number of challenges, for a chance to win a $100,000 cash prize, as well as the Ink Master title. One of the show’s co-judges, Peck made his debut in the first episode, alongside Dave Navarro and Chris Nunez.

Since then, Ink Master has continued for ten seasons—all of which have seen Peck’s return. As far as the latest season goes, it had continued for 16 episodes before ending on April 24, 2018. One of the network’s most successful reality shows, it was quickly renewed for an eleventh season on the same day. Unfortunately, however, it is currently unknown whether or not the tattoo artist will be coming back for the new season. With no official announcement from the network, it looks like we’ll just have to wait and see.

His most prominent television credit to date, Ink Master has undoubtedly boosted his popularity over the past several years. In terms of other programs, he had appeared as a judge on the reality show Engine Room in 2008. Recently last year, he was also featured in the TV special Tattoo Artists Critique Rihanna, Justin Bieber, and More Celebrity Tattoos.