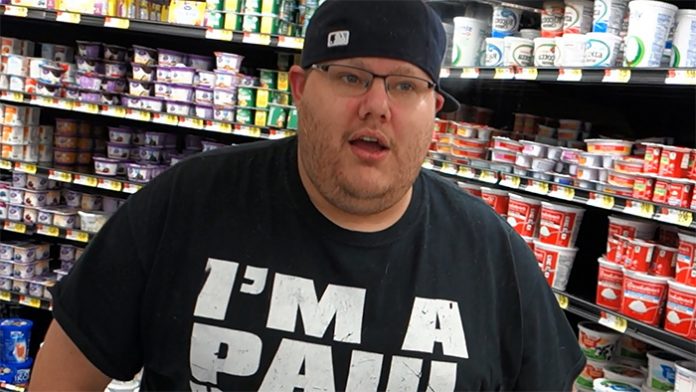 A social media star, Michael Green aka “KidBehindACamera” is perhaps best known for “The Angry Grandpa Show” on YouTube. Launched in 2010, the latter channel, which features his father, has since gained more than 4 million subscribers. As of 2018, their most popular video, Angry Grandpa Destroys PS4! has generated over 33 million views. Tragically, however, it was announced that “Grandpa” had passed away last winter.

His second account, KidBehindACamera was later created in 2011. Unlike the above-mentioned channel, which is noted for its comedy content, the latter mainly consists of every day vlogs. To date, it has earned over 2 million subscribers as of 2018, with nearly 1 billion lifetime views.

How wealthy is the YouTuber? How much does he pull in from The Angry Grandpa Show? From his KidBehindACamera channel? How lucrative is his online career? According to various sources, Michael green aka “KidBehindACamera” has an estimated net worth of $2.5 million. What does he owe his wealth to? We’ll be addressing this question below.

How did KidBehindACamera Make His Money & Wealth?

Born on June 2, 1987, in Colorado, Michael Green aka “KidBehindACamera” grew up with his three older siblings, Kim, Jennifer and Charles. An avid fan of wrestling, he often played with action figures as a young child. Unfortunately, other than the fact that he had dropped out of high school, not much is known about his early life at this time.

In 2007, he launched his first YouTube channel, to which he began to post “Angry Grandpa Videos”—that is, videos of his father, Charles Green reacting to different scenarios. To his dismay, however, the account was eventually shut down for violating the platform’s “Terms of Service.” In the end, it wasn’t until 2010, that he relaunched the channel, this time alongside his father aka “Grandpa.”

As of 2018, the channel has gained more than 4 million subscribers with over 1 billion lifetime views. Considering those numbers, it’s likely that he’s earned a considerable amount from ad revenue alone.

In addition to “The Angry Grandpa Show”, he runs a second Youtube channel, “KidBehindACamera.” Launched in 2011, it has since amassed more than 2.1 million subscribers with over 979 million views. Dedicated to his vlogs, some of his most popular uploads include The Condom Challenge Fail! (10.2 million views), The Caramel Onion Prank (7.5 million views), Big Boy Upset Over WWE Royal Rumble 2014 (6.6 million views) and Grandpa Smokes Catnip (Prank) (6.1 million views).

How much has he pulled in from the channel? According to Nailbuzz, he receives an average of 700,000 views per day. Given that he’s chosen to monetize most of his videos, this would translate to approximately $1,300 in daily earnings. Doing the math, this works out to be nearly $500,000 a year.

For those who’d like to support his work, he also has an online store, which you can check out here.

While he isn’t married, he is currently engaged to Bridgette West, a fellow YouTube star.

Does KidBehindACamera Have Any Children?

Does KidBehindACamera Go to College?

Unfortunately, not much is known about KidBehindACamera’s education background at this time. As far as we know, he has not gone to college.

What is KidBehindACamera Famous For?

KidBehindACamera is best known for “The Angry Grandpa Show” on YouTube, which has since gained more than 4 million subscribers to date.

Where Does KidBehindACamera Live now? Pictures of Joe Kenda’s House

According to his official Twitter location, he is currently based in Charleston, South Carolina. We do not have any additional details on his location at this time.

What Kind of Car Does KidBehindACamera Drive?

Details on KidBehindACamera’s vehicle is not available at this time.

How Much Money Did KidBehindACamera Make Last Year?

Unfortunately, we do not have any information on KidBehindACamera’s 2017 earnings at this time.

Last fall, it was announced that his father—Charles Green aka “Grandpa” had passed away in his home on December 10, 2017. Following the announcement, many YouTubers paid their respects including Devon Sara, Steven Williams, Noelle Foley, and Jesse Wellens.

Want to know what the YouTuber is up to? If so, you’ll want to follow him on social media—you can find KidBehindACamera on Twitter at @Lyricoldrap or on Instagram at @Kidbehindacamera. On Facebook, you can also show your support on his official fan page by clicking here.