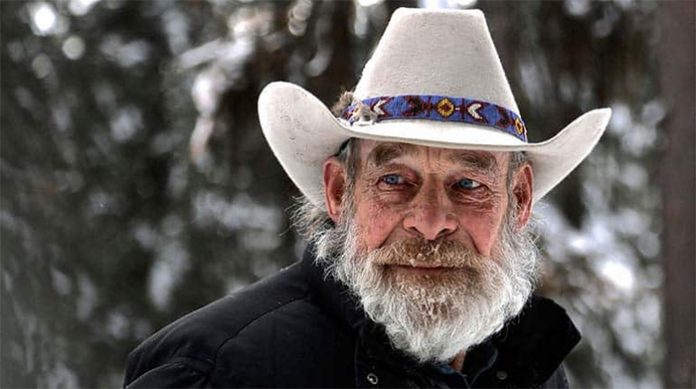 A former rodeo cowboy, Tom Oar is best known for his appearances in the series Mountain Men, which premiered on the History Channel in 2012. One of the main cast members, he stars alongside several others including Eustace Conway, Marty Meierotto, Rich Lewis, and Charlie Tucker, to name a few. As of 2018, he has appeared in all seven seasons of the show—in fact, it is still airing on television as we speak!

A former rodeo cowboy, he and his family currently reside in North Western Montana, where they work together to prepare for the seven-month winter seasons.

How wealthy is the Montana native? How much is he paid for starring in the reality show? What is his salary? According to various sources, Tom Oar’s current net worth is around $200,000. Where did he earn this sum from? How much of it came from Mountain Men? Le’ts take a closer look at his career below.

How did Tom Oar Make His Money & Wealth?

Hailing from Illinois, Tom Oar developed an interest in rodeo at a young age. The son of Chike Oar, a Wild West show worker, he was taught how to ride when he was just three years old. After several years of travelling across the mid-west for shows, his dad and brother quit, leaving just him with the rodeo company.

Continuing to ride, he eventually made it to the International Finals Rodeo eight times—something that he considers to be the highlight of his career. Years later, he married his wife Nancy, who happened to share his passion, and the two participated in a number of rodeos together in Montana. After a successful career, he quit rodeoing at the age of 41.

As it had happened, he eventually made his television debut on the History Channel’s reality series, Mountain Men. Allegedly, he had landed the role after one of his acquaintances introduced him to a television producer. Interested in his life up in the Yaak River Valley, they went on to make him a main cast member of the show.

Premiered on May 31, 2012, Mountain Men centered around the lives of a few individuals, all of whom live off the grid in unspoiled wilderness. In addition to Tom, who was introduced in the first season, the show also starred Marty Meierotto, and Eustace Conway. Since then, several others have been added to the cast including Morgan Beasley, Jake Herak, Jason Hawk, Mike Horstman and Margaret Stern.

Popular among viewers, the first season had drawn in nearly 4 million viewers in the U.S. Responsible for his rise to fame, the show has earned the former rodeo cowboy a considerable fan base over the past several years. An overall success, it has since continued for seven seasons—in fact, it is still airing on television as we speak!

How much has he earned from starring on the show? While it isn’t confirmed, it’s said that his annual salary was $10,000 at one point in the past. If anything, it’s likely that this amount has gone up in the recent seasons.

Yes, he lives with his wife Nancy in the secluded Yaak River Valley in Montana.

Does Tom Oar Have Any Children?

Yes, the couple has two children, a son named Chad and a daughter named Kelly, the former of whom have appeared on the show.

Does Tom Oar Go to College?

No, as far as we can tell, Tom Oar has not gone to college.

What is Tom Oar Famous For?

A former rodeo cowboy, Tom Oar rose to fame on the History Channel’s hit reality series, Mountain Men, which premiered in the U.S. in 2012.

Tom Oar and his wife live in a cabin in the remote area of Yaak River Valley, Montana. We do not have any pictures to share at this time.

What Kind of Car Does Tom Oar Drive?

Details on Tom Oar’s vehicle is not available at this time.

How Much Money Did Tom Oar Make Last Year?

Unfortunately, we do not have any information on Tom Oar’s 2017 earnings at this time.

As mentioned earlier, Tom Oar currently stars in the seventh season of Mountain Men, which premiered on the History Channel on July 19, 2018. In fact, it is still ongoing as we speak!

Want to keep updated with the former rodeo cowboy? Though he himself isn’t active on social media, you can follow the official Twitter account of the show at @MountainMen. On Facebook, you can also check out their fan page by clicking here.