What Happened to Randy Travis? – 2018 Update 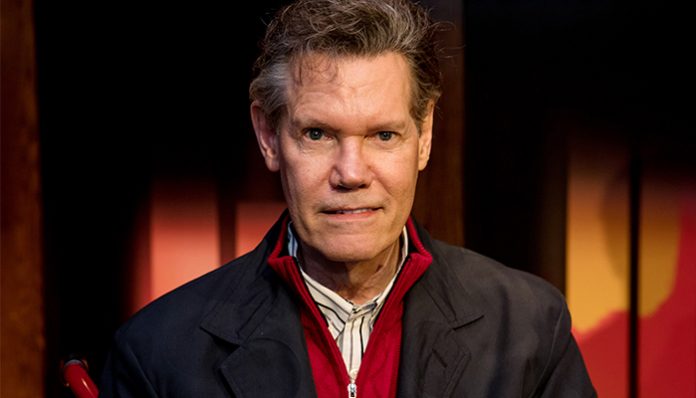 A Grammy-winning country singer, Randy Travis has released dozens of records since his debut in the late ‘70s. Some of his most popular albums include Storms of Life, Old 8×10, Always & Forever and No Holdin’ Back, all of which achieved multi-platinum status in the United States. To date, he has sold more than 25 million records worldwide.

In addition to his contributions to music, he has acted on many occasions. For instance, he has appeared in the films The Rainmaker, The Visitation, Black Dog, and Texas Rangers. On television, he has also played various roles in shows such as King of the Hill, Sabrina, the Teenage Witch, Touched by an Angel and Hey Arnold!.

What is the musician up to nowadays? Has he come out with any new music in the recent years? What’s been keeping him busy? Let’s have a look below, shall we?

If you’re a fan, then you’ve probably noticed that Travis hasn’t come out with any new music lately—in fact, his last studio album, On the Other Hand: All the Number Ones was released in 2015! While it’s true that he hasn’t released any new records in a while, he has by no means retired. In fact, he recently joined several other artists on the stage for the A Heroes & Friends Tribute to Randy Travis event last year.

What else has he been up to? Earlier this year, it was revealed that the singer had curated his first playlist with Spotify. Featuring contemporary acts such as Brett Eldredge, Kane Brown, Luke Combs and Walker Hayes, the playlist consisted of many hit songs including One Number Away, Haven, The Long Way, You Broke Up with Me and Doing’ Fine. According to a press release, Travis will continue to highlight new music that “he believes in and enjoys” on a regular basis.

As far as television appearances go, Travis hasn’t made any since 2016. According to IMDb, he last appeared in the pilot episode of Still the King. Around that same time, he also participated in the 50th Annual CMA Awards. Will he be returning in front of the cameras anytime soon? For now, only time can tell.

If you want to keep up with his latest updates, be sure to follow Randy Travis on social media—you can find the country singer on Twitter at @Randytravis and on Instagram at @RandyTravis_Official. Alternatively, you can follow his official Facebook page here.

Born on May 4, 1959, in Marshville, North Carolina, Randy Travis was encouraged to pursue his musical interests by his father, who was a fan of George Jones and Hank Williams. By the time he was eight years old, he not only played the guitar but also sang in the local church choir. As one thing led to the next, he and his brother eventually began to perform at local talent competitions as the Traywick Brothers.

Signing with Warner Bros. Records, he later released his major-label debut, Storms of Life in 1986. Highly acclaimed, the album gave rise to a number of songs including Diggin’ Up Bones, On the Other Hand, and 1982, all of which were met with praise. Not only did it reach the top of the US Country Albums chart, but it eventually also attained multi-platinum status in the U.S.

Since then, Travis has come out with several other albums including Old 8×10, Always & Forever, No Holdin’ Back, Wind in the Wire, High Lonesome, Heroes & Friends. By the ‘90s, however, his momentum had started to wind down. Nonetheless, he has enjoyed a successful music career, having sold more than 25 million records worldwide over the years. In fact, he has won six Grammy Awards, nine ACM Awards and six CMA Awards, as well as a star on the Hollywood Walk of Fame.

Though mostly known for his music career, he has also acted on many occasions. For instance, he has appeared in numerous TV shows such as Touched by an Angel, Sabrina, Frasier the Teenage Witch, and Blue’s Clues. As a voice actor, he also made appearances in a few cartoons including Hey Arnold! and King of the Hill. Most recently, he played a role in the television series, Still the King in 2016.

In terms of film, Travis has played well over a dozen roles on the big screen since the early ‘90s. Some of the movies that he’s worked on include Fire Down Below, The Rainmaker, Black Dog, Baby Geniuses, Texas Ranger and The Visitation.

In 2013, Travis suffered a massive stroke after being hospitalized for a viral respiratory infection. Despite therapy, however, the incident has led him unable to speak or sing. As a result, he has had to halt his musical activities. A few years later, it was reported that he had successfully recovered his voice in 2016. While he hasn’t released any new songs, he went on to perform a rendition of Amazing Grace at the 2016 Country Music Hall of Fame Ceremony.