What Happened To The GoFundMe Scam Couple & Homeless Man – 2019 Update 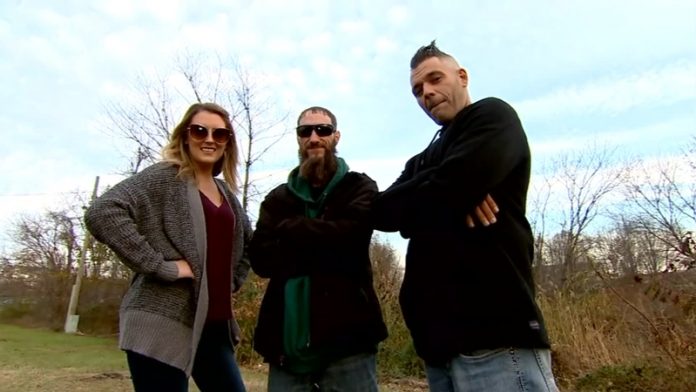 Back in 2017, three people went viral after it was reported that a homeless man had given his last few dollars to help a woman who had run out of fuel. That man was Johnny Bobbitt, who was near the road when he decided to give his last $20.

The person he helped was Katelyn McClure, who later decided to help the man by creating a GoFundMe page. Mark D’Amico, her boyfriend at the time, also decided to get involved.

The story caught the attention of so many people and the three quickly went viral. The page they had created to get his life back on track also blew up, raising hundreds of thousands of dollars.

The story seemed to have a happy ending since the man got way more money than the couple was looking for. The goal of $10,000 was easily broken by those who donated and this meant that he would have even more money to completely fix his life.

The couple and the man were away from the news for a while but it was reported that they had given him permission to park his camper outside their home. But the story was far from over.

Mr. Bobbitt was back in the news months later but not over a good act. In late 2018, he took legal action against the couple, claiming they had used the money to have a lifestyle they could not afford.

Reports said he had been ordered to leave by the couple and that he had used the money to buy drugs. A judge responded to the situation by ordering the couple to hand over the money they had left from the page. A lawyer representing the couple reportedly said that there was no money left.

Earlier this year, the people involved in the viral story began seeing the consequences. Bobbitt pleaded guilty to conspiracy to commit money laundering while McClure admitted to wire fraud.

Investigators found that the couple had known the man for a month before everything happened. Instead of using the money to help the homeless man, they were accused of using thousands of dollars to buy a new car and go on trips. Bobbitt accused the couple of only giving him $75,000. The couple allegedly withdrew more than $85,000 at casinos in Las Vegas.

At the time, it was also reported that Mark D’Amico was also facing charges for criminal trespass after her family accused him of refusing to leave the property after they broke up.

Earlier this month, D’Amico pleaded guilty to misapplication of entrusted property. Burlington County Prosecutor Scott Coffina said through a written statement that D’Amico will serve a five-year term in prison as part of a plea agreement.

Authorities believe D’Amico was the leader of the group and was the one who came up with the story. New Jersey prosecutors said the story would have probably gone unnoticed if it hadn’t been for the dispute that led to the lawsuit from Bobbitt. AP News reports that D’Amico still faces money laundering conspiracy and federal wire fraud charges.

GoFundMe said through a spokesman back in late 2018 that all donors who contributed in the campaign had been fully refunded. The campaign saw donations from around 14,000 people.