What Happened To FaZe Jarvis – What Is He Doing Now In 2019? 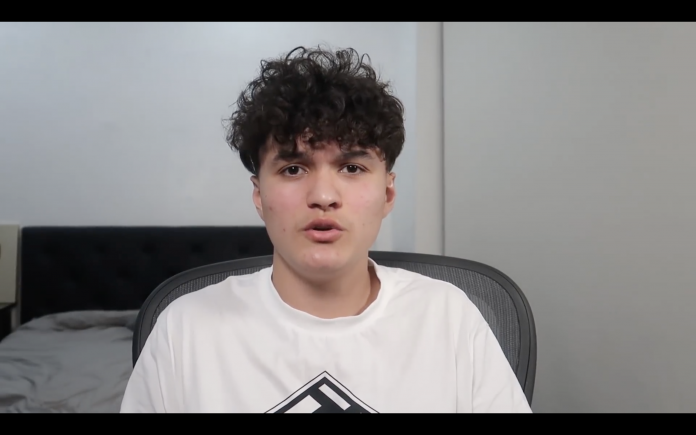 Former Fortnite player FaZe Jarvis has been away from the battle royale game for a few weeks now. The FaZe clan member, who has millions of subscribers on YouTube, is no longer focusing on the game since he recently received a ban.

The ban, which has kept him away from Fortnite for some time now, came after Epic saw him using cheats. Breaking the game’s rules is a big no for Epic Games, which has been doing everything it can to stop cheaters from ruining the game for others.

Jarvis is no longer playing the game due to the ban but he remains a popular YouTuber. What’s he doing now? What games is he going to try to play now? Here we have an update on what he is planning to do.

Jarvis received a permanent ban from the battle royale game and Epic Games has suggested with its responses that there will be no changes to that. The popular YouTuber went viral in the video explaining what happened but it looks like he won’t be returning any time soon.

It’s been some weeks since he received the ban and it now looks like he plans to play other games. TMZ Sports ran into the former Fortnite player and he had a few things to say about his future plans.

Jarvis told the site that Call of Duty is pretty fun and that he is going to snipe in that game. The FaZe clan member is likely talking about the new Call of Duty game, Call of Duty: Modern Warfare, which was released back in late October.

The series has been extremely popular on YouTube, with many channels constantly uploading content from the game. A move to the new Call of Duty makes sense since it is less than two months old, giving him plenty of time to get used to the game and maybe compete in tournaments.

Ever Coming Back To Fortnite?

A return in the near future appears to be unlikely since Epic Games has made it clear that he broke the rules. Reports say Jarvis was caught using an aimbot, which gives a major advantage to players since it allows them to hit extremely difficult shots.

Many streamers and celebrities believe the ban against Jarvis was a little too much since other popular players have been given only suspensions. Before the whole thing with Jarvis, two pro players were caught cheating by giving themselves free kills during competitive matches. Epic Games determined that they cheated and handed a two week suspension to them.

The two players were able to return to the qualifiers and even make the World Cup. The return and qualification of the two drew heavy criticism from the community.

Fortnite, which remains one of the hottest games on YouTube, is the source of content for many YouTubers. The battle royale game has big competition with Apex Legends and other games introducing their own take on the genre, but it is still a favorite among gamers.