US Family Charged In Killing of Family Dollar Security Guard 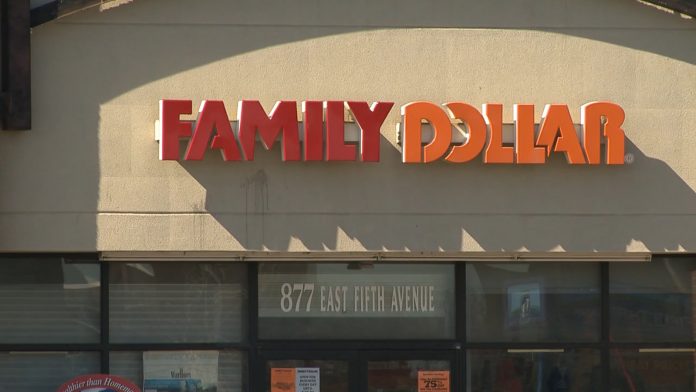 A US family has been charged in the killing of a security guard who refused to allow a woman in the store because she was not wearing a face mask. A woman, her husband and son have been charged over the attack that took place on Friday.

Calvin Munerlyn was shot in the back of the head on Friday shortly after telling the woman about the rules. The attack happened at a Family Dollar store in Flint, Michigan.

The incident began when Sharmel Teague’s daughter was told she could not come into the store because she did not have a face mask. The mother’s husband, Larry Teague, and son, Ramonyea Bishop, are accused of visiting the store and attacking the security guard. Sharmel Teague was arrested shortly after the incident but the two other suspects remain on the run.

Face masks have become a requirement in many places around the world due to the coronavirus pandemic. In some parts of the world, wearing a face mask is a requirement to enter stores and go outside.

Genesee County Prosecutor David Leyton said during a news conference yesterday that after the initial incident between the daughter and security guard, Sharmel Teague spat on him and then drove away.

Fatal Confrontation Between the Guard and Family

She came back to the store some time later with her son and husband. A fatal controntation happened when they showed up. Reports say it was the son who pulled the trigger during the confrontation.

Michigan Governor Gretchen Whitmer has ordered all residents in the area to wear face masks when entering stores. Stores are allowed to turn people back when they show up with no face coverings.

The coronavirus pandemic has forced governments around the world to announce strict rules when it comes to people visiting places where large crowds gather. In many places, people are now required to wear a face mask at all times when they enter a store or other business.

The US has been one of the most affected by the deadly virus, which has seen millions of cases around the world. Several measures have been announced to combat the spread but many cases continue to be reported in several states.

Many of the Rules Remain

Many countries have announced plans to start easing the lockdown but the face mask requirement remains for most cities. In Europe, several countries have started going back to normality but some such as Germany continue to require face masks for those who enter stores.

In South America, Chile has introduced measures such as the requirement of face masks for public and private transport. The country has also announced a lockdown for many of its communes. Before the lockdown, the country had already announced a curfew for Santiago and other areas. The curfew, which starts at 10 PM, has remained in place.

More than 3.5 million cases have been confirmed since the virus first surfaced late last year. The US currently has the most confirmed cases with over 1.2 million. Spain is second with over 218,000 cases.