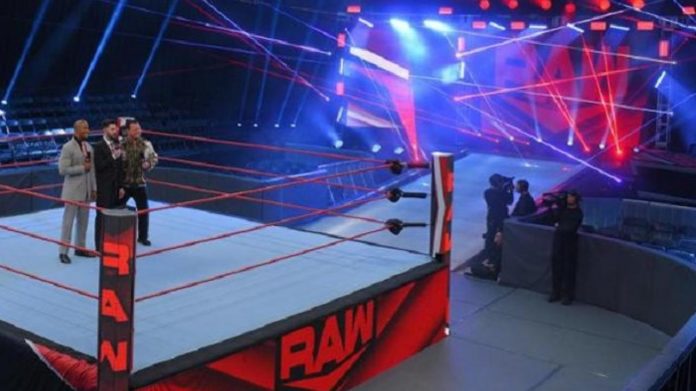 WWE paused its tapings in Orlando on Tuesday after doctors found that one of its performers tested positive for coronavirus. Reports say the positive test came from developmental talent. After the news, the company decided to suspend tapings of its two main shows, Raw and Smackdown.

Sports Illustrated reports that WWE’s Associate Medical Director Dr. Jeffrey Dugas said through a statement on Monday night that the wrestler that tested positive was in the WWE Performance Center on June 9. The performer was said to be part of the audience during a show taping.

Changes Due To The Situation

The doctor said that all the talent, production crew, and all the other employees will be tested. The news come after the company was getting ready to tape its episodes for SmackDown and Raw.

The WWE Performance Center in Orlando is usually the place where its developmental talent trains. But WWE was designated as an essential business by Florida’s Governor back in April, allowing the company to continue the episodes with some restrictions.

Episodes Now Have a Small Crowd

The event also saw changes to its match card, with some superstars such as Roman Reigns not making an appearance. A match between Goldberg and Reigns was supposed to take place but that was later changed to Goldberg vs. Braun Strowman.

The episodes of Raw and SmackDown continued without spectators. But the company later started filling the facility with talent. Two episodes are now filmed each week, one for Raw and another for SmackDown. The episodes are released the following week. Next week’s episodes of its main shows are now set to be filmed on Wednesday.

WWE is one of a few sports businesses that have continued operating during the coronavirus pandemic. The company has changed plans but it has been able to film episodes and hold its biggest event of the year, WrestleMania. On Sunday, the company held another of its popular PPVs, WWE Backlash.

Other sports have not been able to continue during the pandemic. Sports leagues such as the NBA, Premier League, La Liga, Bundesliga and many others suspended activities after an increase in cases in their countries. In the NBA’s case, the suspension came when the league found out that at least one player of a team had tested positive for the virus.

Countries are slowly trying to head into normality and some have resumed sports leagues. Last week, Italy resumed the Coppa Italia tournament. Spain’s La Liga also resumed a few days ago. The Premier League is set to return with a few games this week while reports say there are plans for the NBA to come back in the near future. The NBA will reportedly finish the season in Orlando.