Xiaomi Has a New Coffee Machine 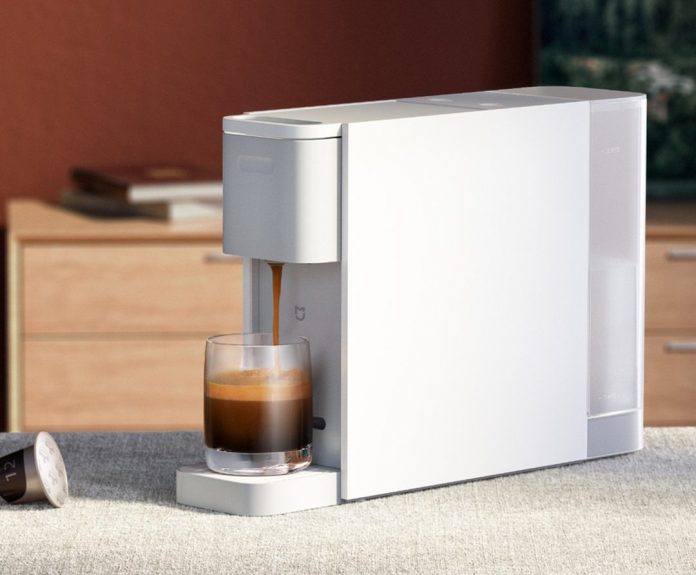 Xiaomi is known for its affordable and impressive smartphones. But the Chinese company is behind other products, including coffee machines. Coffee machines are not exactly new technology but the company has added some features to make this one an interesting release.

The coffee machine we’re talking about is the Xiaomi Mijia Capsule Coffee Machine. Pictures show that the machine is quite small, making it a nice option for small kitchens or other places such as offices.

El Output reports that this is not the first time that the company releases a coffee machine. The company has offered other coffee machines in the past but those have been released as part of other series. This is the first release of the Xiaomi Mijia series.

The coffee machine is small and has a simple design. But its biggest attraction is not just that it can make coffee. The machine also features technology that most coffee machines out there don’t have.

The Xiaomi Mijia Capsule Coffee Machine offers wireless connectivity that allows it to connect through the Mi Home app. The connection to the app allows the machine to be programmed and adjusted.

Owners can set it to turn on whenever they want or have everything ready for when they need some coffee. El Output reports that the machine can be programmed so that you put in a coffee capsule before going to sleep and then have the coffee ready at the time you select. You can also have everything ready and have your voice assistant tell the machine to make some coffee.

Many companies have other machines with similar features and options. But the feature is not very common for coffee machines, which makes this release from Xiaomi quite interesting.

The Xiaomi Mijia Capsule Coffee Machine was recently announced in China. It is unclear if the company plans to release this coffee machine in other markets. El Output reports that the only way to purchase this machine is through the stores that offer Xiaomi products that are only released in China.

The price isn’t very high for this coffee machine. El Output says the price equals to about 45 or 50 euros. This is right around the same price as similar coffee machines. The thing that stands out between this Xiaomi release and other coffee machines is that this one offers wireless connectivity, making things faster and easier for those who need coffee in the morning or other times of the day.

Xiaomi is behind many other products that are not smartphones or tablets. Gizmochina reported just hours ago that the company officially started the crowdfunding of the 8H Smart Mattress.

Have you purchased any products from Xiaomi? Let us know in the comments.