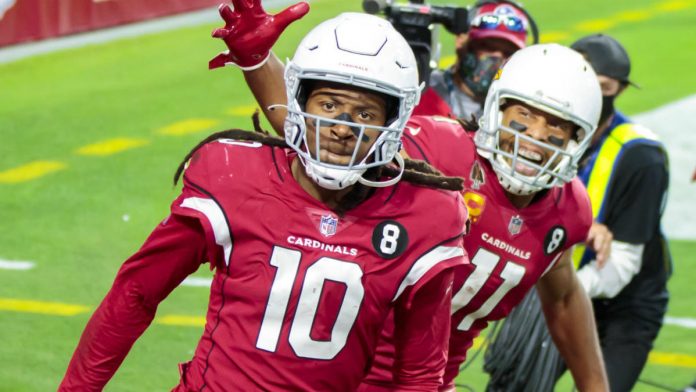 Week 10 of the NFL regular season had some really crazy games on Sunday. The week did start with a big win by the Colts on Thursday. But yesterday’s matchups saw several teams fight until the very end for the win. In one game, we even saw an amazing throw to the endzone that resulted in a game winning touchdown. Here are the big winners of this week:

Thursday Night Football brought a division game that ended with a surprising result. Throughout the season, the Titans had been running wild against opponents. Henry once again went for more than 100 yards rushing but the rest of the offense was quiet. Tannehill went for 147 yards passing and just one touchdown.

On the Colts side, Rivers threw for 308 and one touchdown. Michael Pittman Jr. had a big game with seven receptions and 101 yards. The win puts the Colts at the top of the division.

The Buccaneers bounced back from that bad loss against the Saints last week. Tampa Bay saw a big game from Brady, who threw for 341 yards and 3 touchdowns. The running game was spectacular too, with Ronald Jones II going for 192 yards in 23 carries.

The Panthers struggled to get any running game going but D.J. Moore did have a solid performance with 96 yards in 4 receptions. He actually had most of the yards that Bridgewater threw for. Moore also added a touchdown.

The Dolphins continue to be in the running for the AFC East title after a big win over the Chargers. Miami is now 6 – 3 in the season and just one game back from the Bills.

The Chargers dropped to 2 – 7 in the season and their chances of winning the division or making the playoffs seem to be almost done.

The Bills – Cardinals game on Sunday had one of the best endings of the season so far. Buffalo and Arizona fought until the very end but it seemed like the Bills would take home the win. Buffalo scored late in the game but the Cardinals pulled off one of the craziest game endings with a catch from Hopkins that beat three defenders.

The win put the Cardinals in a tie with the Seahawks and Rams for the division lead. Plenty of games to go but the win yesterday makes the division a must watch for the rest of the season.

The Steelers continue to run away with the division after a big win over the Bengals. Pittsburgh is now 9 – 0 in the season and things got even better for them later that day when the Patriots defeated the Ravens. The loss dropped the Ravens to 6 – 3 in the season.

Things are getting quite interesting in the NFC West. Three of the four teams have a 6 – 3 record after last night’s game between the Rams and Seahawks.

The Seahawks entered the game looking to bounce back from the bad loss against the Bills last week. But they ran into a Rams team determined to take the win. The Seahawks loss yesterday now makes things very close in the division. Seattle appeared to be running away with the division early on but things have now changed.

The season still has a lot of games to go but we now have a clearer picture of the teams closing in on a playoff spot. Week 10 has one game left and that will take place later today on Monday Night Football.