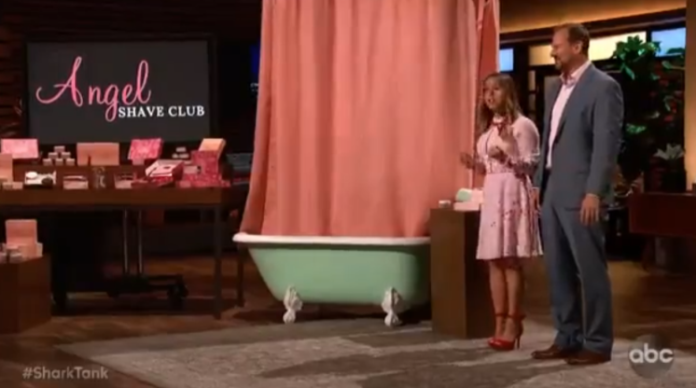 The Angel Shave Club is a business that was started by Iskra Tsenkova and Brian Archambo. They sell razors to women at a lower price than the average. On average, a woman’s razor cost 13% more than a man’s.  Iskra noticed this when she had a hard time finding an affordable razor for herself.

Female razors were so expensive that Iskra would use some of her husbands to cut costs. Her husband, Brian, would buy them by subscription and give her some. However, there were times when the razors got mixed up because there was no way of telling the difference.

Frustrated by the lack of razors made for women, Iskra decided to make her own and started the angel shave club. The club works by subscription where they deliver razors directly to the customers. They also sell shaving products that go with the razor. They deliver a certain number of razors regularly for a certain pay.

Although Angel Shave Club started well, it has experienced challenges getting more customers and finding more revenue for growth.  They also wanted more advice on customer retention. These are the reasons why they went onto Shark Tank. They were invited to be on the eleventh episode of the tenth season.

This episode featured Sara Blakely who is the founder and CEO of Spandex. 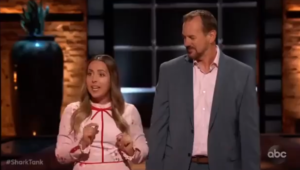 Iskra and Brian went onto Shark Tank seeking $300,000 for 10% of the company. They gave the sharks some of their box samples that included all of their products. They then told the sharks of their sales model where customers can buy razors every 2 months or every 4 months depending on the user’s choice.  They also said that customers can choose between sets with 6 razors or 8.

Mark Cuban asked her why women wouldn’t just use a razor that wasn’t pink. Iskra said that women like pink and they want a razor that reflects their personality.  She used to have a razor like her husband but she couldn’t tell the difference. Mark Cuban suggested that she use a pink sticker.

Lori then asked if the razor was the same as the others in the market with only a different color. Iskra said that their razors are also better than others.  Sara asked what would prevent the other companies that make razors from making pink razors. She was told that nothing was preventing them from doing so.

Iskra then said that those companies were owned and run by men. She thought that hers was made thinking about women so it would succeed. Kevin asked her if she had any customers. Iskra said that they had been in business for 2 years and had close to 9,000 customers.

Kevin asked her how long her customers had been with her and was told that the average customer had been with the Angel Shave Club for 4 to 8 billing cycles. They also lose on average 10 to 12% of the customer base every month because people tend to get more razors than they could use in that time and this is what would make them quit.

Mark Cuban asked them how many blades people were getting in a month and he was told that people could get 6 or 8 in a month.  Lori then asked how long they were supposed to last. He was told that they were meant to last 2-4 months. 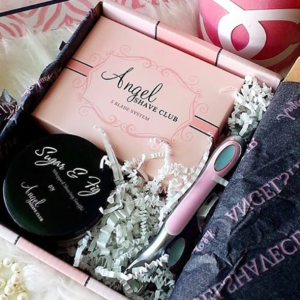 Lori then asked how much they sold them for. She was told that the razor set could be bought by paying $18 every 2 months or $18 every 4 months. Kevin said that there was another issue and that was that the stubble on a man’s chin was quite hard and would wear out a razorblade faster than those on women’s legs. For this reason, women could get more usage than men. He asked Iskra if this was true.

Iskra said that women have shaved a wider area. Mark Cuban pointed out that she had been doing it for quite some time and her consumer base changed every 8 to 10 months.  They were either offering too many blades or there is another problem.

Kevin asked them what it cost to make the razors. He was told that it cost $10 to make the flagship box which came with a handle and shipping and a few repeats.  Mark Cuban thought that their sales margin was too low because this was the box they were selling at $18.

Iskra said that they recorded $74,000 in sales in the first 9 months that they did business. The previous year they recorded a revenue of $390,000.  Kevin said that although the revenue was impressive, they were not making much money. Iskra and Brian agreed with this. The reason they were not making much profit is because of the time it took to manufacture. They were trying to solve that problem by investing more of the profit.

Mark Cuban said that it would take a lot of money and customers for them to be successful because of their low profit margins.  He also said that their problem was not customer acquisition but the turnover rate. Iskra said that they are looking to add a pause feature that could possibly prevent people from unsubscribing when their orders were met. This meant that customers didn’t need to unsubscribe to stop deliveries.

Lori then left. She said that the business was very consistent and did not offer anything different from what was already available. Barbara said that she didn’t understand the reason for all the blades and for that reason she was also out.

Kevin then told them that the company was overvalued and they did not understand how such clubs make a profit. Mark Cuban then left saying that the Angel Shave Club needed a lot more revenue than it had to achieve what it wanted to achieve.

Kevin then left. He didn’t think the space was large enough.  Sara then left. She said that it was too easy for a larger company to enter and offer the same product. With no offer on the table, Israk said that it was the sharks’ loss and the angel shave club would dominate the market with their product.

Angel Shave Club in 2022 – The After Shark Tank Update 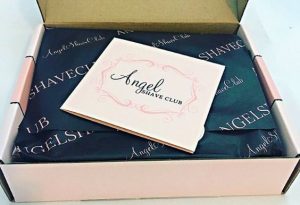 The Angel Shave Club did continue doing business for a certain period of time. They also received more funding with a $200,000 investment from Quake Capital. After this, they did approach the Wet Shaving Club with an offer to sell the business. However, after doing its research, the Wet Shaving Club concluded that it was not in its best interest to buy the Angel Shave Club.

Eventually, the Angel Shave Club would close shop for good. This happened during the Covid-19 pandemic. On the website that is still up, the Angel Shave club has cited the pandemic as the main reason that they were forced to close their business.  Iskra has gone on to be a yoga instructor. Although it did close shop it still remains as a case study on what should be done and not be done in business.