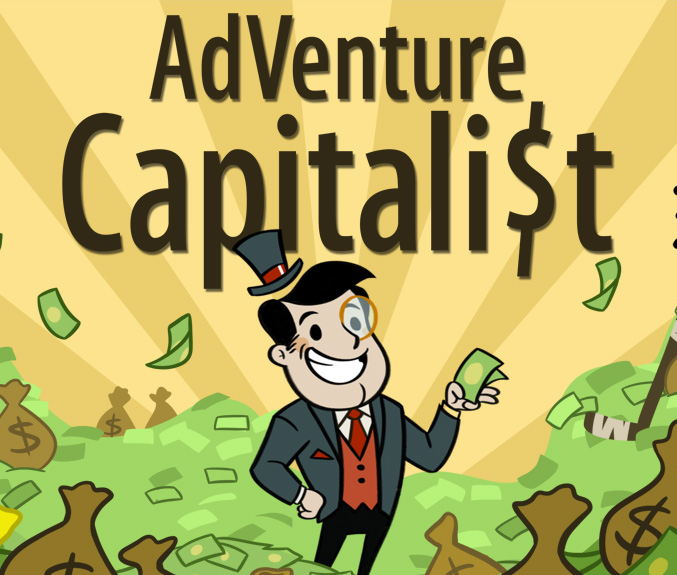 Did you come searching for tips and tricks for playing Adventure Capitalist?! Well, you definitely came to the right place! We are also huge fans of the popular ios, android, and steam game and will be sharing some tips for it below.

Top 6 Cheats and Tips for Adventure Capitalist in 2023

When you first start the game, it’s difficult to figure out exactly how YOU want to play the game, do you save for the more expensive properties that give you plenty money but take longer, or do you splash on the less expensive properties like the lemonade stands which make smalls amounts of money, but very quickly. 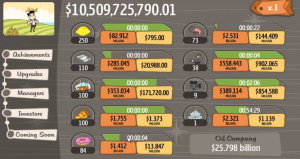 Really, you can do it either way. You’ll notice that you’ll try several different strategies through regular play before you discover one that truly works for you and makes you the most money. For example, when I initially started the game, I concentrated on trying to buy as many lemonade stands as I could, but quickly realized that I really wasn’t making as much money as I would have liked, so I switched up my tactics and began concentrating on properties such as the oil fields and the banks, which would make me a whole lot more money. As I played the game even more I discovered a perfect strategy to making money really quickly. Feel free to use this strategy, but bear in mind, it should only be used after quite a few resets and you’re already making decent money in the game.

The fastest way I found I’d make money after a really big reset was to spend the bonus angel money right away, buying as many of each property as I could except for the cheat lemonade stands, once I had bought several hundred of each of the other properties, I would begin buying the lemonade stands, so as I hit each unlock point, the rest of my properties would have their profits multiplied by three, since the profits are already fairly high, being tripled multiple times in the space of a few minutes had me rolling in the big bucks in no time and needing to reset again within about half an hour. Trust me, I swear by this method!

There’s a time-lapse cheat that you can use to get unlimited money. To do this, you want to start by putting your device in airplane mode (alternatively, you can turn off your Wi-Fi). Once you’ve done that, go into settings and change the clock; you want to set it so that it’s a few hours ahead. Depending on how far you set it, you may earn a sizeable sum of money once you go back in the game.

The best part is that you can keep repeating this trick. That is, you can close the game, reset the time to normal, and repeat it again. Keep in mind, however, that for this ‘cheat’ you’ll need the necessary managers so make sure that you’ve got all of them before trying. 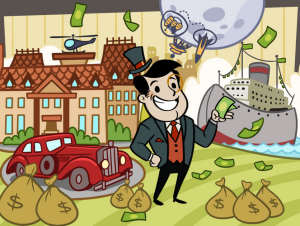 3. Take Advantage of the Advertisement Multiplier

By now, you’ve probably noticed the little TV and timer in the bottom right corner of you devices screen, tapping this will show a pop up box that tells you that if you watch an advertisement, your profits will be doubled for four hours. Since you can do this five times per day, I would definitely advise doing this whenever you start up the app if you’re bonus time has run out, the ads are usually advertising other crappy apps that will only last maybe 30 seconds, so you’re not exactly wasting your entire life for this double bonus. It’s especially great if you’re already making a lot of money. The good thing about the bonus is that it has the app send you a push notification when the timer is getting low, so you k now when to be returning back to the app to refresh your bonus timer.

4. Upgrade Whenever You Can

If you check out the upgrade tab, you’ll see that there are a wide range of upgrades, each falling under one of three categories; cash upgrades, angel upgrades and gold upgrades. Cash upgrades can be bought right from the very start of the game once you’ve made a little bit of money, each upgrade will do various things such as multiplication of profits from a certain property, speeds up how long it takes for the delivery of profits, so instead of the timer on my oil fields taking forty minutes, it’ll be reduced to a mere few seconds after a number of property upgrades.

Also in the cash upgrades are binus angel upgrades that can be used to make the bonus percentage on your angel investor screen rise, which can be imperative if you’re the type that makes sure to reset often. There are similar upgrades in the angel upgrades section, but mostly on a bigger scale, for example all properties will have the profits multipled by 9, rather than just applying it to a single property, Gold upgrades are definitely where it’s at if you have the gold to splash out on them, they are few, but very very useful, there are time warp upgradeds, that allow you to skip into the future, making you large chunks of money and also taking time off the moon timer if you already have it, there is also an upgrade that allows you to claim the angel investors collected with having to actually reset the game, which can be great if you’re really feeling on a roll and you only need an extra few million investors to get that all profits x11 angel upgrade. I know you might feel like you’re just wasting money on the upgrades when you could be buying another hundred banks, but they are really so worth it!

5. Pay Attention to Your Unlocks

Right under your stats menu, you see an unlock menu, where you can see the unlocks and milestones you’ve already achieved with hitting certain numbers of each property, you’ll also be able to see what the next milestone for any specific property is and what the reward will be for hitting it, for example, when I hit 900 lemonade stands I’ll be rewarded with my profits produced from that property being multiplied by four. Paying attention to this menu keeps you aware of how many of each property you should aim for next. This can also be kept track of with the orange bars displayed next to each property, showing you how close you are to the next milestone for that specific property. Don’t forget when all properties have hit certain numbers, for example 25, 50, 100, 200 etc, you’ll be rewarded with the profits for all of your properties being multiplied, for example, once I hit at least 500 of all of my properties, their profits will all be doubled permanently.

Once you’ve unlocked everything, you’ll be given the chance to unlock Angel Investors. Not only will they give you access to some special upgrades, but they’ll also increase your profits by 2%, which can be a huge amount depending on how much you’re making. That’s not all, you can also spend Angel Investors for Manager, which will make your businesses much cheaper. The only drawback about Angel Investors is that you will have to sell your business and start over (they’re only unlockable by completing resetting your game).

Still, it’s absolutely worth it. In fact, you want to get as many Angels as possible (the amount you get will depend on the earnings you’ve made during the session). This will help you get closer to unlocking everything that the game has to offer.