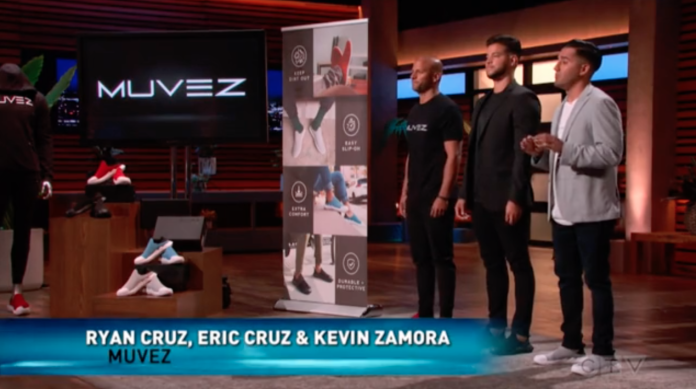 In many households and cultures, it is a common courtesy to take off your shoes when you enter a house. However, some people find the process of taking off and wearing shoes too bothersome. If you want to go for a short walk, take out the dog, buy groceries, putting on socks and shoes only to take them off when you get back is too much of an inconvenience. That is what inspired New Jersey brothers Eric and Ryan Cruz to design an ingenious solution. 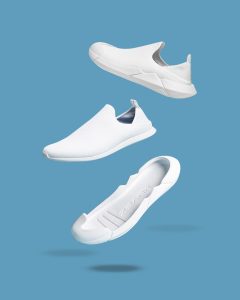 Muvez shoes are designed with two soles, one for rough outdoor use and the other for cozy indoor wear. The soles are easily worn and detached without the need to bend down. Muvez shoes come in various color combinations, making them look stylish in addition to being comfortable.

Eric and Ryan partnered with a close friend, Kevin Zamora, to launch their company Muvez. They started by launching a Kickstarter campaign in July 2019 with a goal of $15,000. The campaign raised $33,873, almost double their initial goal, in 42 days. With the success of their Kickstarter, Muvez was inspired to develop and grow as a company.

Their next step was to appear on Shark Tank to find an investor to help market and grow their business into the next big thing in the footwear market.

Eric, Ryan, and Kevin appeared on season 11 of Shark Tank seeking $200,000 for 15% of the company. The founders pitched their product, describing it as both stylish and comfortable; the perfect shoes for both indoor and outdoor use. They handed each shark a pair of Muvez shoes. They showed the sharks how to easily slip off their special shoes. The sharks were impressed by the creativity and ingenuity of the product. 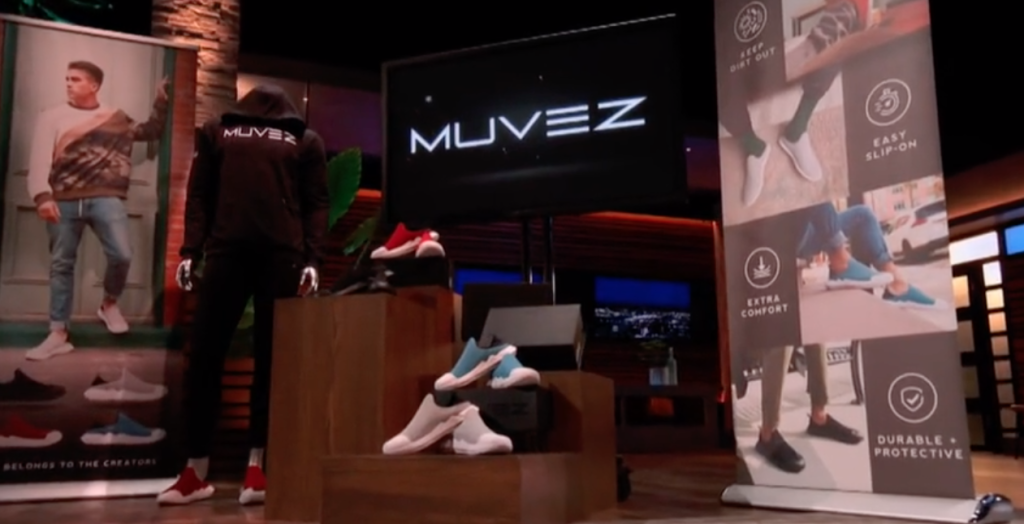 Mark Cuban inquired about the cost. Eric said each pair sells for $110, including shipping, and costs $26 to produce. They claimed the company made $73,000 in sales since April 2019 (less than six months) without any money spent on marketing. All of their sales are online, most of them through social media platforms. The company’s next big step is to sell the shoe’s outer soles, which cost $8 to produce, separately online.

Daymond John commented on the product, saying it was “cool as hell”. The founders said their product is a popular impulse purchase and had less than a 2% return rate. Daymond wanted to know what challenges the founders faced as they started the company.

Eric and the other founders went to China twice to look into factories to produce their special shoe designs. After four months of discussions and negotiations with factories, they were told their product was impossible to create. They returned to New Jersey empty-handed. However, the founders were persistent enough to keep trying.

They went to a local hardware store and bought the supplies and tools necessary to create their product. Eric used his own foot to create a foot mold, which would then be used to design the shoes. After some work, they managed to make a proof of concept with rubber. The company was able to present this proof of concept to investors. 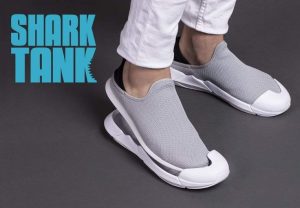 Mark wanted to know how they would market the product. Eric said they planned to utilize athletes on social media platforms, marketing the product as post-game footwear. Mark was concerned that they were going after a different market than they originally suggested. The company defended that by saying they were seeking to promote the comfort, hygiene, and functionality of their footwear which is appropriate for both indoor and outdoor wear.

Kevin O’Leary commended the founders for their creative product, saying it was something they had never seen before on Shark Tank. However, he said the concept has not yet been proven, which makes it risky for him to invest. For that reason, Kevin was out.

Robert Herjavec stated that their product was functional and practical, but branding it would require too much money and effort, so he was out.

Mark Cuban had the same concerns as Robert, so he withdrew from the deal.

Lori Greiner was interested in the product but wanted another shark to join her. Daymond refused to collaborate with her, so she was out.

Daymond John was the last shark in the tank, so he made them an offer. He offered $200,000 for 33.3% of the company. The founders made a counter-offer of $200,000 for 25%. Daymond agreed, and Muvez founders Eric, Ryan, and Kevin left the shark tank with a deal with Daymond.

Muvez Now in 2023 – The After Shark Tank Update

After Muvez’s appearance on Shark Tank, the company worked tirelessly to expand and grow its business. The episode aired on April 2020, and after the episode went live Muvez sold out immediately, making roughly $400,000 in sales. This led the company to donate $1 from every sale they make to the World Health Organization to combat the pandemic that was taking the world by storm at the time.

The company grew even further, expanding its product line by adding kids’ and women’s shoes to its collection. The new addition saw a great response and proved to be successful. The company wanted to contribute more to combat the Covid-19 pandemic. A week later, on April 15, 2020, Muvez partnered with other businesses to donate to the entire staff of Paterson University Hospital. Muvez donated their shoes to hospital doctors and nurses to help them get through long shifts as they dealt with the pandemic. 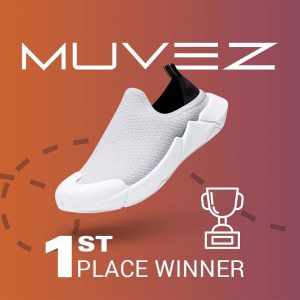 Muvez continued growing and marketing throughout the year, releasing company-branded socks to their collection in 2021. NBA player Langston Galloway promoted Muvez’s products, increasing the company’s sales even more. By the end of 2021, Muvez had more than quadrupled its sales in the previous year.

In 2022, Muvez won first place in the 2022 FedEx Small Business Grant Contest. These accomplishments have made Muvez well-known in the footwear business, and the company appears to be doing well in the market.

Muvez is still in business today in 2023. The company has made a lot of progress since its appearance on Shark Tank and will continue to expand even further in the upcoming year. Muvez’s sales and revenue are expected to continue growing as the company continues to add products to its roster. You can order or find more information on the company’s products here.