Bad Birdie Shark Tank Update 2022 – Where Are They Now 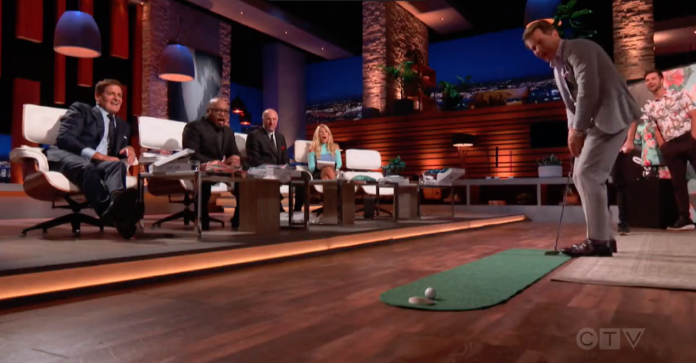 Golf is a classic sport people enjoy on days with good weather. The game requires several equipment and accessories, one of which is polo shirts that help players stay cool and clean on the golf course. However, almost all of the specialized golf shirts on the market are plain, boring, and lack fashionable designs. The lack of fashionable golf polos inspired Jason Richardson to design good-looking shirts made specifically for golfers.

Jason started Bad Birdie in 2017, a company that specializes in creating and designing golf shirts and apparel that make players stand out on the golf course. He had practically no experience in retail, but he managed to invest $20,000 of his own money in his company Bad Birdie, which to him was considered a side hustle at the time. 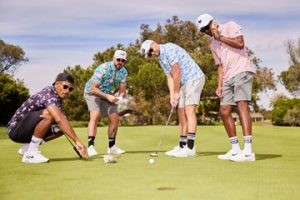 Bad Birdie’s products were sold exclusively online on the company’s website. Jason marketed his company through influencers through social media platforms for free, allowing him to save money on marketing. The company quickly gained traffic and was able to generate $72,000 in sales in 2017. Jason was thrilled with the success of his side-hustle, so he began taking it more seriously by pouring money into marketing. He started using Google and Facebook ads to market Bad Birdie.

His investment in online ads proved successful as the company generated roughly $412,000 in sales in 2018. Bad Birdie continued developing and expanding by creating new designs and apparel while also investing in marketing. The company increased more and more in sales over the next couple of years as its Facebook ads attracted more customers.

In 2019, Jason wanted to take his company to the next level and expand even further. He went on Shark Tank seeking an investment in his company and an experienced business partner to help guide Bad Birdie to become an even bigger success than it already is. 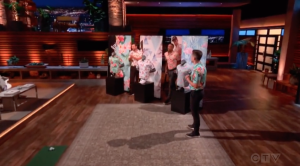 Jason Richardson was on Season 11 of Shark Tank. He entered the tank seeking $300,000 for 10% of Bad Birdie. Jason pitched his company to the sharks, who seemed interested in the designs. He handed each shark one of the company’s shirts to demonstrate the product. The sharks liked it, but Daymond made sure to express his dislike for golf.

Jason told the sharks he was inspired to create fashionable golf shirts after he went to a golf store and couldn’t find a single golf shirt that was not boring. He wanted to fill the gap in the market, so he learned how to design and create golf shirts and polos. Jason invested $20,000 of his own money into the business and was able to generate $72,000 in sales in 2017. He expected to make $1.2 million by the end of the year.

Jason said all his sales were online. Customers buy new Bad Birdie as soon as they come out, and the company struggles to keep up with the demand. He claimed the company releases new shirts and designs every two months. Bad Birdie releases around 60 designs per season in addition to limited-edition shirts. At first, Jason was the only one that came up with new designs; however, by the time of the company’s appearance on Shark Tank, roughly ten designers were working on new shirts each season. 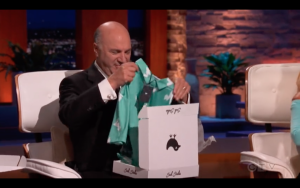 Bad Birdie’s polos sell for $72. At first, the company started producing them for $40 but has since reduced the cost to $25. Jason expects the production price to drop to $12 within the next six months. All of the company’s shirts and polos are produced in Los Angeles. The company has been experimenting with wholesale for the past year and has made $150,000.

Lori Greiner liked the idea and thought the shirts would stand out no matter where they were sold, but she didn’t think the company suited her, so she was out.

Robert Herjavec offered $300,000 for 25%, and he allowed Jason to do whatever he thought was best for the company.

Mark Cuban thought retail was a faulty strategy and the shirts were too cheap. He didn’t believe the company was a fit for him, so he was out.

Daymond John expressed how tough retail would be, and he didn’t want to pressure Jason, so he was out. 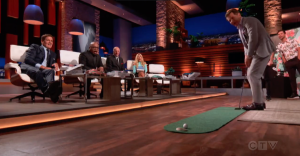 Jason made a counter-offer of $300,000 for 20% to Robert, but he refused. Jason came up with another ingenious counter-offer. He accepted Robert’s deal on the condition that he makes a golf shot. If he could putts the ball in one hit, Jason would accept the offer as is, but if he fails to putt the ball, the offer would go down to $300,000 for 20%; Robert accepted Jason’s proposal.

In a thrilling moment, Robert failed to putt the ball and had to settle for 20% of the company. After a memorable experience with the sharks, Jason leaves the tank after securing a deal with Robert Herjavec.

Bad Birdie Now in 2022 – The After Shark Tank Update

After his appearance on Shark Tank, Jason closed the deal with Robert Herjavec, and they worked together on the company. Bad Birdie received an influx of orders after the episode first aired, breaking their sales record for the month. The company quickly began working on its website after the deal closed, revamping the design, layout, and interface to be more appealing to visitors.

Bad Birdie continued expanding, introducing new apparel such as hats and women’s and children’s shirts. The company also added accessories like socks, towels, and headcovers to its online store. Bad Birdie even started selling in retail stores, as per Jason’s original vision. Everything was looking up for the fashionable golf clothing company until the Covid-19 pandemic hit.

Most of Bad Birdie’s vendors canceled their orders during the pandemic, causing the company to lose money. Around three months later, Bad Birdie was able to resolve the issue and get back on track even better than before. Because of the Covid-19 pandemic, many sporting events and activities were canceled or banned. 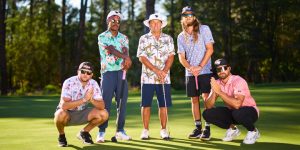 However, pandemic restrictions loosened for golf as it was considered a safe game to play while practicing social distancing. This caused many people bored during lockdown to take up golf as a hobby, which gave Bad Birdie a push to put its name out there along with the other big golf apparel companies. The rise of golf meant a massive growth in sales and revenue for Bad Birdie, allowing the company to turn a higher profit.

Near the end of 2021, Bad Birdie opened its first store in Scottsdale, Arizona. By 2022, the company was already in over 1000 retail stores across the country. In 2020, the company reported annual revenue of $6-7 million.

Bad Birdie continues growing and expanding to this day in 2022, partnering with retail stores everywhere to provide comfortable and fashionable clothes for golfers everywhere. The company also continues to sell its products and designs online, releasing new drops on a seasonal basis for eager customers. For more information and updates about Bad Birdie, visit their website here.