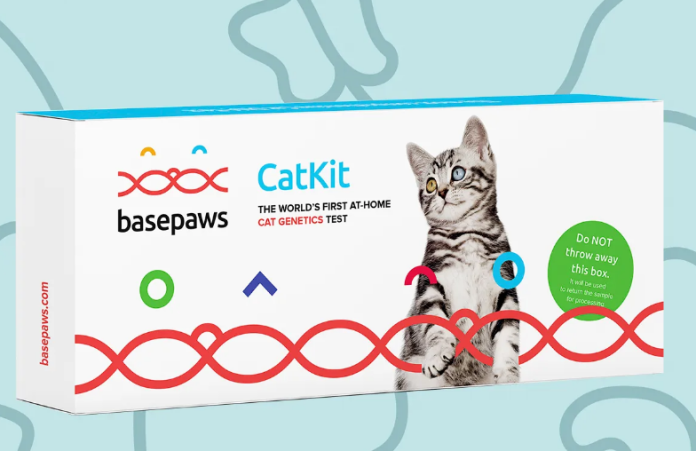 Basepaws is the brainchild of Anna Skaya. Originally from Ukraine, she had come up with the idea in 2017 after realizing that there were no genetic testing products available for cats, even though there were plenty for dogs. Having done a DNA test herself, she knew the information that it could provide for fellow cat owners. If anything, it’d be even more helpful for pets as they can’t speak or tell us what they’ve been through.

With lots of hard work, she was able to put together the feline DNA test, which she later named Basepaws. It consisted of three steps: ordering the kit, sampling the DNA, and sending the kit back to their labs. Originally, they had collected saliva samples, however, they quickly found out that they were often contaminated with bacteria, which made it difficult to separate bacteria DNA from feline DNA. They subsequently chose to sample the fur instead.

The same month they made their first real sale, they pitched the company to Shark Tank. At that point, the product was still in its initial stages. As the interviews progressed, they started to make some money from the kits. By the time they were told they’d be on the show, they had already earned about $100,000 in revenue.

They were later featured in the 21st episode of the tenth season, which aired on April 28, 2019.

Anna came to the Shark Tank seeking $250,000 for a 5% stake in Basepaws. Jumping right into her pitch, she lets the Sharks know that she’s a big cat lover and has had her kitty Coco for many years. As much as she loves her cat, however, she states that we don’t know a lot about them seeing as how they can’t talk.

Introducing the product, she tells the Sharks that Basepaws is the world’s first DNA test for cats—that it can provide owners with information regarding their health, ancestry, and habits. She then lets them know how it works as a video clip plays on the screen behind her. That it consists of an envelope and a piece of tape, the latter of which you’d put on your cat. The fur collected will then be processed in their lab and the owner will receive a comprehensive report, which will include information about any diseases that the animal may be at risk of developing.

With the pitch out of the way, Anna hands each of the sharks a sample of the DNA test kit. Opening up the envelope, Kevin notices that there’s a swab inside instead of a piece of tape. Anna quickly explains that they provide both as some cats may not have any fur so a hair sample will not be possible.

Curious, Lori asks whether the product is only for cats. Anna tells her that while they don’t have a product for dogs at the moment, they plan on launching one next year. Asked about their potential competitors, Anna states that Basepaws is much more affordable and that most other DNA test kits for dogs cost twice as much due to a difference in technology.

Robert then asks whether or not it’s their technology that sets them apart from other companies to which she replies yes. He then inquires about the price and is told each kit costs $95 but only costs $25 to make.

Asked how long they’ve been on the market, Anna tells them that they’ve been around for 10 months and that they’ve sold 2,500 kits so far, which have earned them $250,000 in revenue. She also tells them that they plan on making $400,000 this year. With that, Robert asks how much they’ve managed to raise. She lets them know they’ve raised $350,000, which they’ve used to build the entire company, including the lab that they use to analyze the samples.

Lori goes on to ask how they had launched the company. Anna tells her that they launched through their website and on Instagram. Asked how she’d started it all, she reveals that Basepaws is actually her fourth company, which seems to impress the Sharks. She proceeds to tell them that both her parents were biologists and that growing up, she spent more time at the laboratory than at the playground. She also lets them know they work with cat breeders on an international scale.

A cat lover herself, Lori asks her whether or not people care more about testing dogs than cats. While Anna agrees that there’s a lot more money in the dog space, she states that there’s still a lot of potential with cats, especially considering how understudied they are.

Interested, Kevin is the first Shark to make her an offer; $250,000 for an 8.3% stake plus an additional 1.7% in advisory shares, which puts the company at a $3 million valuation mark. Anna counters by saying that $250,000 for a 5% stake is what other investors are coming up with.

Before anyone else makes an offer, Lori tells her that she’s out, stating that it’d probably be difficult for them to make $400,000 this year seeing as how they’ve only sold 2,500 kits. Thanking her for her time, Anna turns her attention to Daymond, who tells her that while he is interested and is willing to make her an offer, it will probably not be “as generous as Kevin’s” and for that reason, he’s also out.

Mark lets her know that while what she’s doing is great, scaling is probably going to be a big issue in the future and for that reason, he’s also out. With that, everyone’s attention turns toward Robert, the only other Shark that hasn’t yet dropped out. To everyone’s surprise, he’s more than excited about the idea. He goes on to say how they can probably charge thousands per test if they manage to do them for horses.

Highly interested, Robert asks Kevin to repeat his offer and upon doing so, the former gives her the same offer. In response, Anna asks whether or not they’d consider doing a deal together, for a potentially lower stake in the company. Robert laughs but tells her that “there isn’t enough”.

Kevin, however, states that he is willing to work with Robert on a deal—$250,000 for 10% so that each of them will be providing $125,000 for 5% equity. After contemplating their offer for a moment, Anna accepts. With that, Robert and Kevin go up to give her a hug. The other Sharks give their congrats as she leaves the tank, seemingly satisfied with what she was given on the show.

Basepaws Now in 2022 – The After Shark Tank Update

Since their stint on Shark Tank, Basepaws has grown ten-fold and is considered one of the most successful companies to have been on the show, according to their official website. Not only did Anna attend Kevin’s summit in Miami with the top managers of Facebook and Amazon Launchpad, but they were also featured in Facebook’s web series, Boost My Business, which centers around entrepreneurs ‘boosting’ their presence on social media.

Their technology has also changed since they first appeared on the show in 2019. Nowadays, they market themselves as a prominent cat healthy company, having done important work in feline diabetes and feline cancer. They’ve also upgraded their DNA test to include both genetic and breed health markers.

Not only that, but they’ve also launched a second product called the Cat Dental Health Test. A screening tool, it lets you identify active signs of dental disease (e.g. tooth resorption, periodontal disease) before there are any visible symptoms. The test is currently available for $99.99 or you can buy a two or three-pack, which will save you some money.