Danh Tran, the brain behind Butter Cloth, started his career in 2002 when he worked as an associate designer for doll clothes while he strived towards his Fashion Design BA degree. After working under other designers, Danh managed to become head designer at several prestigious companies before founding Butter Cloth. He developed his fabric in an effort to make business attire more comfortable.

According to the company’s website, Danh dove head first into his new idea, leaving behind his job, house, and 401K to make his comfy dress shirt business successful. Would the Sharks be as willing to go all in? Let’s take a look. 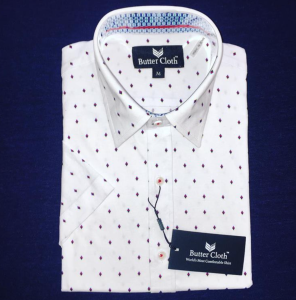 Danh and his business partner, Gary, walked out into the Shark Tank and greeted the Sharks from the stage. They introduced themselves, as well as the business, ButterCloth. The sign behind them proclaimed it the “World’s most comfortable shirt.” Gary requested $250,000 in exchange for 10% interest in their company. He had a deep Southern accent.

Dahn took over the presentation. He said he always hated wearing dress shirts because they were uncomfortable, thick, and scratchy. He said that you could still look like you are fully employed while wearing what felt like your favorite t-shirt. Dahn invented a new fabric for his brand of dress shirt, Butter Cloth.

Gary elaborated, saying ButterCloth was a unique fabric with 100% natural, sustainable, and long fiber cotton. He brought in Metta World Peace, a basketball player, stating that he was their long fiber expert scientist. Mark Cuban looked concerned, and Charles Barkley’s face lit up in recognition. Metta came out and a blue button-down business casual shirt and dunked the basketball into the hoop at the side of the stage. He claimed it was as easy to make a basket in a ButterCloth office shirt as in his regular uniform. This was due to every shirt maintaining breathability and a six-way stretch.

Gary asked the Sharks who wanted to make the world a softer place by joining the ButterCloth team. Gary said that wearing one of the ButterCloth shirts looked like you were getting a presentation at NASA, while it felt like you were taking a vacation on the beach. Danh continued, stating that anything was possible when wearing ButterCloth. Metta World Peace lifted him by his waist, and Danh made the basket.

Metta World Peace told the Sharks that they had to feel it to believe it and started passing out samples. Robert said that they had a good model. Each Shark received a different shirt tailored to their preferences and size. Kevin pointed out that they were a very eclectic-looking group. This comment got a laugh from everyone, but Kevin continued, wanting to know where they met each other. 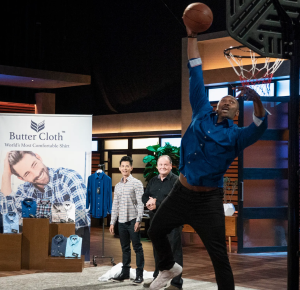 Metta started off the story. He said that in college, he got a BA in math. Even though he went into the NBA, Metta remained interested in marketing. He only wanted to market something he could speak on, and once he tried ButterCloth, he was hooked. He loved that it was athletic, and he could play basketball and run in the shirt, even though it looked business casual. The material was sweat-wicking and wrinkle-resistant.

Robert wanted to know how Danh and Gary met. Gary took that question and said he was friends with the chief operating officer of ButterCloth, Bob. Bob requested that Gary go and help Danh with marketing and sales. After getting to know Danh, Gary said that he was “an unbelievably remarkable person.”

Danh went into his life story. He said that his parents ran a tailor shop in Vietnam. He started making his clothes when he was just ten years old. His mother saw that he was interested in tailoring and pulled him aside. She attempted to get him away from the fashion industry, stating that it was an abysmal career choice. Danh cannot be swayed. It was his dream to go to America and start a fashion career. He had a choice to make. Would he follow his plan or disappoint his parents, who wanted him to become a doctor or a lawyer. Ultimately he decided to apply to fashion school.

It was a prestigious school, and it cost $120,000 a year. He wasn’t able to afford it. Instead, he got a job at Mattel making doll clothes. After five years of working and saving, Danh could afford his dream fashion school. He applied and got in. He earned his bachelor’s in fashion and moved on to be the head designer of Affliction clothing.

Robert called him the real deal. Charles said the shirt felt terrific and started talking about the business end. You wanted to know how much each shirt cost the consumer. Then let them know that it was between $98 to $118 and cost $20-$25 a shirt to make. Gary was sure to point out that that was the cost landed or once it was shipped to them. They sold the shirts strictly online.

Danh let the Sharks know they made half a million dollars in sales in the seven months before they appeared on Shark Tank. In addition to selling strictly online, they also market solely online through Facebook and Instagram ads through their digital marketing agency.

Kevin asked how much money Danh put into the company. Dahn put an impressive $240,000 into the company after liquidating his retirement fund, selling his house, quitting his job, and going all in. The Sharks all seemed impressed, except, of course, for Kevin. Mr. Wonderful wanted to get back to business. 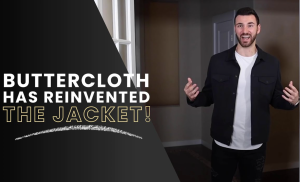 Kevin wanted to know their customer acquisition cost, and Gary told him it was hovering at about $40. That made Buttercloths estimated $75 margin a lot less impressive. Robert asked what they would do with the $250,000. Gary explained that they were looking to buy additional inventory with 2/3, and the other third would be going towards more marketing. He said that their eventual goal would be to bring the marketing in-house. That’s what he wanted the Shark’s advice on.

Kevin suggested many ways to reduce customer acquisition costs, but that service was costly. He announced that ButterCloth would need it because they wouldn’t survive without bringing down costs. He went out.

Mark said that butter cloth has a higher customer obtainment cost than they do a healthy margin on each shirt. He agreed that they should spend more on publicity as that should bring their price down but didn’t believe that additional inventory would be necessary. Mark thought that the money would be better spent on marketing. He saw that as a challenge he hasn’t want to deal with. He went out.

Lori was up next. She told the entrepreneurs that she got into the clothing business by luck in the last few years. She wanted to try and make the clothing she wore on Shark Tank as she was constantly getting approached about where she purchased her outfits. Lori was currently all in on that project and didn’t think it would be fair to ButterCloth to take them on as an investment. She went out.

Charles Barkley and Robert were the only two Sharks left. Charles said that he knew the clothing business was cutthroat. He was unwilling to put up the money just for that stress. Not even his colleague, Metta World Peace, could sway his opinion. He went out.

Before Robert could speak, Danh addressed him personally. He repeated that he had put everything into the business, and he wanted to try and make a deal. None of the other  Sharks were even willing to negotiate with them. Robert assured Danh that he liked the foot and feel of the products and the business. He thought that Danh had an excellent coming to America story.

Robert knew much about the clothing space, and its challenging nature did not scare him off. He had previously invested in the company Tipsy Elves, which also has an online-only business model. He thought he had the right resources to make it work, but he was going to need more equity. He had a good understanding of how risky it was, and he knew what he was worth.

Robert offered them $250,000, but he wanted a 25% stake in the company. This adjustment to ButterCloth’s valuation gave Danh pause. He exchanged looks with Metta and Gary, trying to figure out the best thing to do. Danh countered with a 20% equity stake instead. 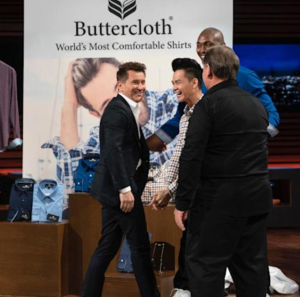 Robert looked down at his notes before refusing. He put a lot of thought into his offer. Since assisting them with their business would take a ton of work, he told the entrepreneurs that he would initially offer 35%, but he came down to 25% instead. He felt like he would provide the value of a quarter partner.

Danh asked for some time to consider, looking a little lost. His business partners reassured him that Robert was the right one for the job. Danh took another couple of seconds before nodding and accepting the offer calmly. After he did, he clapped his hands excitedly as Robert made his way up to the stage to congratulate him.

ButterCloth Now in 2022 – The After Shark Tank Update 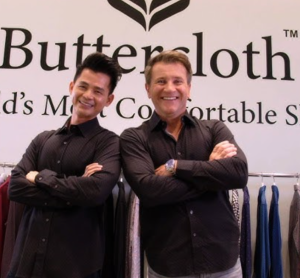 Even in 2022, Danh has not stopped innovating. He has introduced many new products to the ButterCloth shop, including Icy Cotton, a fabric designed to keep you cool in the warm weather, and t-shirts, Henleys, face masks, underwear, jackets, and polo shirts. In September of 2021, they came out with ButterCloth 10.0, designed to be up to 10x softer than his original invention.

While there was a plan to bring their unique clothing to brick-and-mortar stores, it seems like the pandemic of 2020 has stopped that plan for the foreseeable future. ButterCloth is still selling exclusively on their website. Despite this setback, the company is still raking in close to $5 million a year.