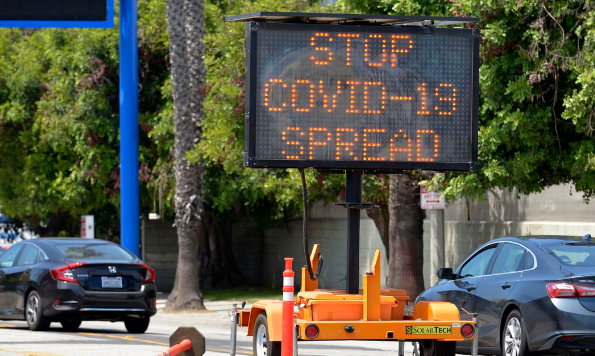 Los Angeles County appears to be experiencing another coronavirus outbreak. Since Thanksgiving, cases have doubled and infections have gone up by 75 percent. The spike, which partially covers exposures over the holiday, highlights the importance of up-to-date vaccines as it’s one of the most effective ways to prevent transmission and severe illness.

The number of COVID-19 positive patients in hospitals has also been on the rise, which has sparked concerns about stress on the healthcare system. Not only that but it has also raised the possibility of another indoor mask mandate, potentially after New Year’s Day.

The surge in transmission comes as many individuals have stopped paying attention to the coronavirus. However, it’s not too late to take action. According to Barbara Ferrer, the LA County Public Health Director, the most important thing is to “get more people boosted” and that everyone “should go ahead and put masks on when they’re indoors.” Doctors should also be prescribing antivirals such as Paxlovid, which can reduce the severity of illness.

Many believe that the third pandemic winter will be milder due to the various vaccines and treatments available, but it’s still a major threat as the region is also dealing with the onslaught of RSV, flu, and other respiratory viruses. While the infections are manageable if dealt with separately, they can pose severe stress to the system if they all come together, according to Dr. Ghaly, the California Health and Human Services Secretary.

Over the last seven days, Los Angeles County has reported over 3,800 COVID-19 cases, up from 2,300 the previous week. The current case rate is also triple that of early November, with it being as high as 81 percent. The per capita rate (265 cases/week per 100,000 residents) hasn’t been this high since early summer.

Currently, LA has the highest case rate out of the state’s 25 most populous counties, followed by Solano, San Diego, San Bernadino, Merced, Santa Clara, Fresno, and San Francisco. It’s also important to point out that official case counts are likely artificially low as results from at-home tests are typically not reported to the public health departments.

Last week, LA Country recorded more than 1,400 new COVID-19-related hospital admissions, which is up 34 percent from the previous week, according to the CDC. As of Sunday, 6.6 percent of hospital beds were being used by coronavirus-positive patients, up from 2 percent at the beginning of November. If that reaches 10 percent, it could likely trigger a countdown to a new mask mandate, which would be the first since early March.

COVID-19-related deaths have also started to rise. Last week, the county recorded 77 coronavirus deaths, up from 55 in the prior week. Fatality rates are the highest among the unvaccinated and those who aren’t up to date with their boosters. Given that, officials are urging everyone to get vaccinated, not just for COVID-19, but for the flu as well.