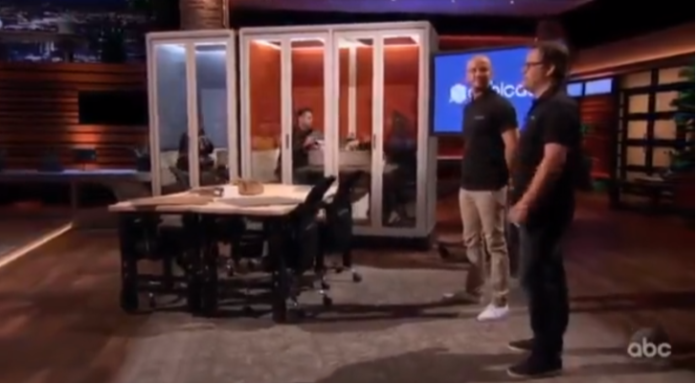 Cubicall is a booth that can be set up in an office for office staff to have private discussions in. The open office design has become a common trend in modern times. It is ideal for collaboration and is much cheaper to set up. It, however, presents the problem of constant disruption. The open office robs colleagues of any sound or visual privacy. Employees are also disrupted every time one of their colleagues has a conversation.

The need for privacy in the open environment is what led to the development of the cubicall. It’s a transparent cubicle that allows people to have a quiet work environment while others hold a meeting.

The cubicall is a booth that is large enough that it can accommodate more than one person and they could have a loud conversation in private. The cubicall is soundproof preventing any unwanted sound from interrupting others.

Cubicall offers its booth in a variety of colors, materials, and graphics. The booths have fans for air circulation and sockets for powering electrical devices. They also have two USB chargers. Nick was inspired to make the device after his experience in the family business. People constantly needed to leave the office to make calls. The other alternative was to work from home if they were planning to have long or many conversations on their phone.

The constant disruptions inspired Nick and Anthony to develop the cubicall. It was initially meant for their own marketing agency but clients who came for their marketing services constantly asked for the Pucci brothers to make for them a Cubicall too. The Cubicall Company then grew from this demand.

Cubicall is a family business owned by Nick Pucci and Anthony Pucci. The brothers needed funds to grow their business and so applied to be on Shark Tank. Their request was successful and they were invited to be on the 22nd episode of the 10th Season. 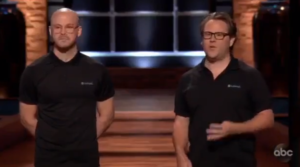 Nick and Anthony went onto Shark Tank seeking $350,000 for 10% of the company. For their presentation, they went with 2 cubicles showing the 2 sizes that they made. They had a few actors with them to show how the cubicles enabled a discussion to be held inside while no sound could be heard on the outside. The sharks then went into the booths to test them for themselves.

Satisfied with the products, Mark asked the Puccis to give them their sales numbers. Anthony said that the Cubicall 2 was sold for $6,995 and it cost $4200 to make.  The other cubicall which was bigger was sold at 11,995 and cost $7200 to make. The sharks thought that the product was extremely expensive. However, Nick said that competitors sell their version of the Cubicall for $15,000.

Anthony then told them what led to the development of the Cubicall. Barbara asked how it was installed and she was shown a video of them installing one of them. Robert asked if they had sold any booths yet and Nick told him that they had realized $495,000 in sales in the past 12 months.

Mark asked how they had sold the product and was told that they sold it online. Kevin liked the product but was concerned about the low profit margins and thought that the business wasn’t working. The other sharks thought that it was too early to decide that.

Barbara then asked if they could increase their margins. Anthony said that if they could have an investor to invest in inventory they would have been able to add another 20 to 30% to their profit margins. Robert asked them what their target was for the following year and he was told that they were planning to sell $2,500,000 in the following year which meant selling about 300 booths. 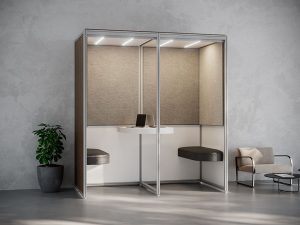 Kevin was curious about the level of competition that they had and Nick told him that they probably have four other competitors. Anthony said that they were the only ones making the booth with a bifold door which saved a lot of space.

Barbara was worried about new entrants who would sell at lower prices but Anthony told her that it was unlikely that anyone could sell at prices as low as theirs. Barbara didn’t believe this. Mark Cuban then left. He said that he had a problem with how capital intensive the business was and the business was one that was hard to invest in or get a profit from.

Barbara then offered the Puccis the $350,000 they wanted but for 25% of the business. Anthony and Nick discussed the offers and then rejected Kevin’s offer on grounds that it was too difficult for them to comprehend. They then offered Barbara 15% of Cubicall for $350,000.

Barbara declined. She said that 25% was as low as she was willing to go. Anthony then offered her $450,000 for 20% but she still declined. Anthony then accepted her offer of $350,000 for 25%. He said that partnering with Barbara was great and he could see her bringing contacts that were of great value to Cubicall.

Cubicall Now in 2022 – The After Shark Tank Update 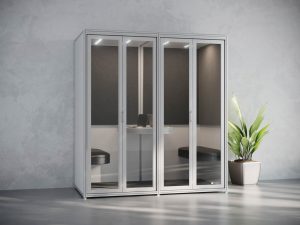 Since their time on Shark Tank, Cubicall has grown and now offers more than just the booth that they started with. They now also make booths for medical examinations and boardroom meetings. Cubicall‘s growth was slowed down by the Covid-19 pandemic as most businesses also closed and the company had to switch operations. They started offering privacy booths with UV light so that their booths not only promised privacy but also hygiene

Cubicall now also offers booths for classrooms and custom designs are available. When they were on the show the only options were the two sizes that they presented. The company is currently making a revenue of $1,000,000.

Their website is still their main source of online income with their Instagram account with 477 followers being their most followed social media account. The company also changed its operation base to Las Vegas. They had started out in California but the cost of manufacturing was extremely high. They have already opened one location in the Nevada area which operated at full capacity and they will likely outgrow their new one.

Cubicall has also partnered with Joan, a company that makes digital displays. With Joan, they can provide booths that accommodate more devices. Although the location has changed, the company spirit has not and it continues to offer innovative office solutions to anyone who needs it.