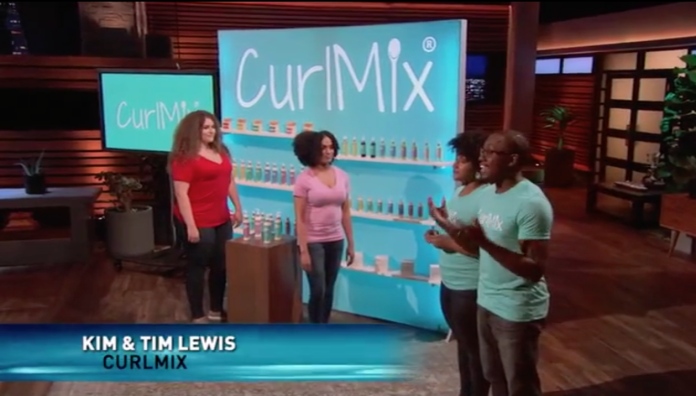 CurlMix is a hair beauty company founded in 2015. Chicago married couple Tim and Kim Lewis, the founders of the company, had a vision that their hair-care products will revolutionize the beauty market. The company started as a monthly subscription-based service that delivered the ingredients needed for customers to mix and assemble to create the hair product they want at home. This business model was sound, and it worked well until it started slowing down. The couple realized this and came up with a solution: Flaxseed Gel. 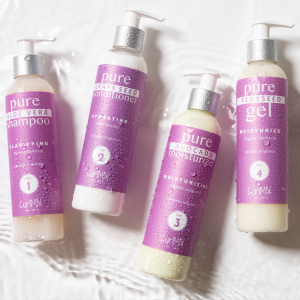 Flaxseed Gel makes curly hair stand out more by helping hair clump together and reducing frizz. However, Flaxseed Gel was not sold anywhere on the market. A reason for this could be that Flaxseed Gel could not be preserved for more than 2-3 days unless it is frozen; this makes it very difficult for companies to mass produce a product containing the gel in bulk.

Somehow, Tim and Kim managed to find a solution to that problem; they were able to produce Flaxseed Gel in bulk without worrying about an early expiry date. They used various methods to ensure their product can be stocked on shelves without the risk of spoiled or expired goods.

A month after Kim gave birth, the founders ran a test batch with their Flaxseed Gel, and it was a success; they sold out almost instantly. After a few more test batches, the founding couple decided to launch the product. It was a massive success; The Flaxseed Gel was flying off the shelves. Thousands of customers were purchasing the product, and CurlMix was having trouble keeping up with the demand. The company’s inventory soon emptied, and they couldn’t keep up with the flood of orders for their newest product. Early in 2018, their Flaxseed Gel reached over a million dollars in sales.

To keep up with the massive demand their product has produced, the founders of CurlMix, Tim and Kim, decided to enter the Shark Tank to seek the money they needed to restock their inventory and upgrade their manufacturing methods.

CurlMix was the second company to pitch in season 10, episode 14 of Shark Tank. The founders, Tim and Kim Lewis, demonstrated their product to the sharks; they gave the sharks each a bundle of their Flaxseed Gel. Robert Herjavec was confused and couldn’t tell the difference at first. Eventually, he noticed the alteration in hair after using the gel. The Chicago couple then explained their background and how they came up with the product. 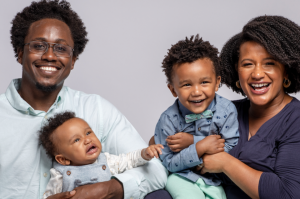 Fresh out of college, the couple pursued their dreams to start a successful company. However, they didn’t have the funds to start a business. Kim signed Tim on Who Wants to Be a Millionaire. Tim went on the show and earned $100,0000, a feat that shocked and impressed the sharks. The couple used the money to invest and start their first business, CurlMix. CurlMix began as a simple DIY door-delivery subscription service which has since evolved into the first beauty brand to successfully produce and sell Flaxseed Gel.

The story was impressive, but the sharks were interested in their sales and numbers. The CurlMix founders claimed that they had made just over $400,000 over the last nine months. They expect to be cash-flow positive in a month, and in two months the company would become profitable. The couple predicted they would do a million dollars in sales in one year. The company claimed to be projecting $180,000 in profits that year.

Robert inquired about the product prices and sale margins for their Flaxseed Gel. They stated that they sell the lowest-priced bottle of their Flaxseed Gel at $25-28, and it costs around $3 to produce; Robert was in love with the margins, so he asked what they would do with the money. The couple claimed they had difficulty keeping their products on shelves, and they would use the money to restock their inventory, get off backorder, and invest in new equipment.

Alli Webb, a guest shark for that episode, was concerned about how the company would get market share and what made the company unique. They said that their biggest competitor was DevaCurl, a company that makes $100-200 million a year. Robert was impressed by the margins and sales, but he was unsure if the company would continue expanding and growing after they got the $400,000.

Mark Cuban declared he was out of the deal; the reason was that he didn’t understand what the couple was talking about in their pitch.

Kevin O’Leary didn’t believe CurlMix would get any retail space due to how competitive the space is, so he pulls out of the deal.

Lori Greiner didn’t have the knowledge or experience in that category to ensure CurlMix’s success, so she is also out of the deal.

Alli Webb commended the couple on their business, but she didn’t think she would do well competing against the other brands in that space, so she is out.

Robert Herjavec, the last shark in the tank, realized that there was a need for the products that CurlMix makes, but he said it was still risky. After some thinking, Robert offered the $400,000 for 20% of the company (they were originally seeking $400,000 for 10%). Kim attempted to negotiate down to 15%, but Robert refused. The sharks encouraged the couple to take the deal, saying it was a very good offer that would help grow the company.

Tim and Kim were persistent and didn’t want to reduce the company’s valuation. They explained that it was originally a $6.9 million evaluation, but they lowered it to $4 million for the sharks. Robert refused to change his offer, and the founders of CurlMix were left to ponder whether to take the deal or not.

After some thinking, CurlMix refused the offer, shocking the sharks. They left the Shark Tank without a deal.

CurlMix Now in 2022 – The After Shark Tank Update

CurlMix has seen a lot of growth since its appearance on Shark Tank. They sold 10% of the company for $1.2 million to Former LinkedIn CEO Jeff Weiner and Backstage Capital’s Arlan Hamilton. In 2020, the company made $6 million in sales! Various magazines and websites, such as Forbe’s 30 Under 30 list, talked about the company and its potential. 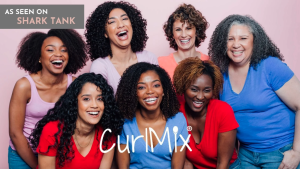 In 2021, CurlMix turned to its customers and started equity crowdfunding using WeFunder, offering various perks and rewards for investors. On its first day, the crowdfunding campaign raised over a million, and $5 million within 30 days of its campaign. The massive success in crowdfunding provided the company an opportunity to expand. After their successful crowdfunding campaign, CurlMix launched 4C Only, the first product ever designed exclusively for 4C hair.

CurlMix increased its sales and revenue massively after its appearance on Shark Tank. The company continues expanding and launching new products. They currently have 131,000 followers on Instagram and predict to have a revenue of $40 million by 2024. CurlMix now has a net worth of $12,000,000, which is a great improvement since they were on Shark Tank.