What Happened to Ruby Gettinger – 2023 Updates 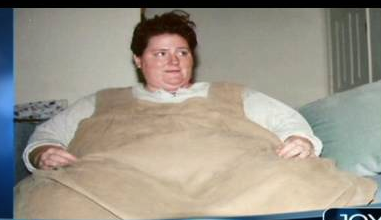 Obesity is one of the leading health problems faced by many people worldwide. When left untreated, it eventually leads to complications that can become fatal. Tackling such a serious medical condition is not as easy as it may sound, hence the need of proper support from others who have taken the journey of losing weight and succeeded.

Ruby Gettinger is among those who have walked the path to a healthier life after certain tragedies in her past left a negative impact on her body. Despite many trials, Ruby’s progress spread worldwide and proved to be an inspiration to many who suffer the same condition. A reality show followed her progress, with promising results, until it was no longer renewed for reasons unknown.

So, what happened to Ruby Gettinger? 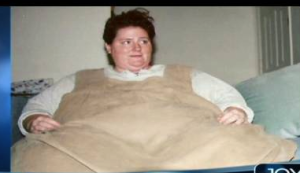 Ruby Gettinger was born on January 24, 1968 in Azores, Portugal to parents James Edward and Anne Gettinger. The youngest of four siblings, she frequently travelled with her family to Louisiana and Mississippi until they settled in Savannah, Georgia.

Gettinger claimed that she doesn’t remember anything prior to reaching 13 years of age, other than persistent nightmares of someone who wanted to kill her. Also, it was at that age when her weight gain started, peaking at 350 pounds during her time as a high school student. She attributed emotional eating as the major factor in her gain, addressing food as her “drug” and “best friend” that allowed her to handle pent-up emotions.

Her weight climbed up to 600 pounds as a teenager. Unlike other obese people who shut themselves from the public eye, Gettinger never stopped being socially active regardless of what other people say about her. She sensed if someone who was with her became self-conscious due to her appearance, and that attracted a lot of negative attention from the public. She gorged on chips, processed food, and sweets without even minding what was on the label, and estimated a daily consumption that amounted to 5,000 calories.

At the age of 20, Gettinger’s weight sat on 719 pounds. She stopped attending college and found even the simplest of actions to be difficult like lifting a can of soda. She spent most of her time sleeping and pain was a constant. Her mother insisted that they visit a doctor and have her checked up. The medical findings revealed Gettinger had a fatty liver and her A1c is off the charts. The doctor described her condition akin to a bomb ready to detonate anytime, with fatal consequences.

The revelation was an eye-opener for Gettinger. After watching an episode of The Oprah Show that talked about obese shut-ins, Gettinger pledged to change for the better. She began to choose healthier food 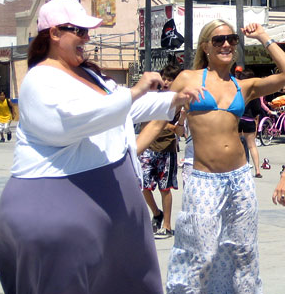 options and engage in exercise. With the help of her friends and inspired by Helen Keller, she documented her journey on video to record her personal progress and for self motivation. She never waited for New Year or any other specific date and time to change her lifestyle, she started immediately.

Support from friends, both in real life and in social media, helped Ruby especially when failure seemed to draw near. As she progressed, Gettinger realized that her journey was more than for the sake of losing weight. She wanted to know what happened to her, to bring light on the darkest areas of her life that she can’t even remember.

Like any other journeys, she had both her ups and downs. In 1994, Gettinger moved to Los Angeles with her then-boyfriend Denny Starr so the latter could pursue a career in acting. Gettinger made a lot of new friends during her stay there, including Sweet Valley High actress Brittany Daniel. However, her relationship with Starr corroded as the latter found her weight unattractive, despite her efforts in losing much of it. They eventually split up in 2001, and Gettinger went back home to Savannah. Despite the heartbreak, she got back up to her feet thanks to the love and support of the people around her.

Inspired by her progress, Gettinger wanted to help obese people live a healthier life and fight food addiction. She sent videotapes to a friend who worked in the Style Network. The idea for a reality series was conceptualized, and Ruby debuted on November 09, 2008. Prior to the first episode, Gettinger weighed in at 550 lbs, a significant progress from her original weight of over than 700 lbs.

Gettinger worked with doctors, nutritionists, and trainers to help her lose weight until she reached 250 lbs. The show followed her weight loss journey, showed the everyday problems faced by obese people, while Gettinger provided insightful comments regarding the experiences she went through, sometimes humorously. A personal chef cooked healthy meals that helped her get past sugar addiction and redirected her cravings towards vegetables. Her trainers got her into walking on the treadmill, boxing, weight-lifting, and dancing as part of her exercise routine. Viewers also get a glimpse of Gettinger’s devoted and fun-loving family and friends.

The show also dwelled on her mysterious past, as shown in an episode where she visited a psychiatrist and Gettinger was unable to provide any detail before she reached 13 years of age. Her ex-boyfriend Starr also made an appearance in one episode to support her. At the end of the first season, Gettinger weighed in at 373 lbs.

As the episodes and seasons went by, many details about Gettinger’s life were revealed, especially the tragic ones. How her father died, the supposed origin of her obesity, and a revelation that made it clear as to why she can’t remember anything during her childhood.

Ruby proved to be a massive hit, inspiring many people to tackle any form of addiction (Gettinger calls this “the beast”) with positivity and support from others. Gettinger’s success found her speaking in different television and radio programs, church services, and sporting events. Publications such as In Touch, Lifestyle, and People spread her inspirational story on paper.

Gettinger published her own book Ruby’s Diary: Reflections on All I’ve Lost and Gained on September 2009. The book contained excerpts from her diary that chronicled personal discoveries and insights before the journey started up to the current progress, along with thoughts from medical experts and Gettinger’s supporters.

Ruby won the Outstanding Reality Show award during the 2009 Gracie Awards and was nominated in the 2010 Daytime Emmy Awards for the Outstanding Special Class Series award. Dr. Oz, talk show hosts Kelly and Michael, and legendary Oprah Winfrey labelled Gettinger as the face of obesity.

After the season 4 finale where Ruby visited Rosie O’Donnell in New York City, the show was on hiatus until an announcement on December 12, 2012 made it clear that Style was no longer ordering a fifth season for Ruby.

An interview in ABC’s 20/20 last January 2013 revealed a lot of surprising information that came from Gettinger herself. She confessed a couple of things she did in secret that were wrought by pressure from the reality show:

Her producers, however, were aware of her deception. Gettinger was sent to a weight loss camp to stoke motivation but it proved futile. This led to the show’s cancellation, much to the surprise of fans who never knew what happened until the interview.

The cancellation, plus the loss of a brother, plunged Gettinger into a bout of depression where she ate and slept excessively. Her weight climbed back up to 400 lbs.

She tried to contact her former trainers and got the inspiration she needed for another shot at losing weight.

Ruby allegedly gained back more than 150 pounds after the reality show ended in 2011. However, she later revealed in 2018 that she had gotten back on track with a healthy lifestyle and that she had managed to lose 130 pounds. At the time, she told Life & Style that she was happy to report that [she’s] back on track” and that while “[she] will always have to battle with [her] weight,” it’ll make her stronger in the end.

She also revealed that she’d been struggling with dating and that she “had no serious relationships to speak of.”

Fast forward to 2023 and it was announced that she’ll be coming back for a new season of The Ruby Show, which will be released online. According to her Instagram, they will be dropping an episode every two to three days.

For those who’d like to know what she’s up to, you can follow her at @rubygettinger. She’s also active on Twitter under the handle @rubygettinger_ and has an official Facebook page that you can check out here.