HiccAway After Shark Tank Update 2022 – Where Are They Now

HiccAway was born in 2017 as a method of getting rid of what is an annoyance to some and a long-lasting painful experience to others – hiccups. The device was first called FISST, or forced inspiratory suction and swallow tool. The company successfully funded its Kickstarter, gaining over $60,000 in support from 646 backers. They obtained a provisional patent on January 18, 2018. From there, they were able to study the effectiveness of the device.It showed that the device was 92% effective at stopping hiccups within one or two uses.

Dr. Seifi and his business partner Victor were able to get the HiccAway into big-box retail stores in their home state of Texas and sell them to customers through their website. Will the Sharks be investing in this innovative creation? Let’s take a look.

The announcer said that next in the tank was a solution to an annoying problem. Three entrepreneurs walked out onto the stage and into the Shark tank. Dr. Ali Seifi was the first to introduce himself, followed by Amanda and Victor. They were looking for a $250,000 investment in exchange for 10% of their company, HiccAway. Their valuation seems to shock Daymond.

The trio began their presentation with a skit. Amanda asks the Sharks if they had ever been in a meeting in front of important people when they got the hiccups. She said they could be embarrassing, annoying, and even painful. She was making a realistic-sounding hiccup noise as she did it. Victor handed her a glass of water and told her to drink that while holding her nose, standing on one leg, and balancing. This represented all of the various folk cures for the hiccups. 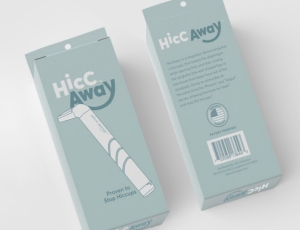 Amanda ended up hiccupping the water. Victor acted like he was panicked at Amanda, still hiccupping. He yelled Boo at her, but she still had hiccups. He seemed to be running out of ideas. Amanda looked embarrassed and quickly apologized to the Sharks. Dr. Seifi said he was a doctor, and it was time to stop trying silly tricks. Dr. Seifi pulled the product, the HiccAway, out of his suit pocket and said it was the most effective solution for hiccups. He had her drink through the straw, and she exclaimed that her hiccups were gone. Kevin feigns surprise.

Amanda asked how that worked. Dr. Seifi explained that hiccups are spasms in the diaphragm, and drinking through the HiccAway provides enough pressure to stop the cramps. Victor said it might sound complicated, but the HiccAway does all the work. Amanda explains that her uncle had invented the only scientific hiccup remedy. They ended their presentation by shouting the business name in unison.

After their presentation, Mark Cuban instantly wanted to know the effectiveness rate. Dr. Seifi explained that a study they did a year ago and published in a medical journal stated that the efficacy rate was 90%. Mark Cuban said that he also subscribes to that particular medical journal. Daymond noted that he had a nasty hiccup problem and said that around four times in his life, he had hiccups for about 12 hours at a time. He had to take either muscle relaxers or a Valium. Daymond took a sip through his device and didn’t understand the process. It seemed just like a regular straw.

The doctor had brought a medical chart with him showing a side-cut view of the digestive system and the lungs. He explained that various things could cause hiccups, such as acid reflux, spicy foods, carbonated soda, or alcoholic beverages. He said that any of those could trigger a spasm in the diaphragm. This began a process that would close a valve in the throat. The valve closing causes the typical hiccup sound, and the cycle repeats. They engineered the HiccAway to reach a particular pressure buildup in the throat, pulling the diaphragm down for 5 to 10 seconds. The additional pressure would close the diaphragm and the throat valve, resetting the brain and stopping the hiccup pattern.

Barbara asked if he had any testimonials. He said he brought them with them, and they began to play. The woman in the video said her hiccups were very painful and lasted a long time. She claimed that the only thing that worked was the HiccAway straw. Barbara desperately wanted it to work for her, and it did. The Sharks looked pretty impressed. 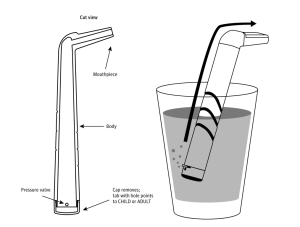 Kevin wanted to know what was stopping him from just using a regular straw to fix the problem. He could picture closing off the end to increase the pressure on his diaphragm. The doctor said that he saw where he was going with that. He told them a regular straw couldn’t emulate a traditional straw because it needs to reach a specific pressure. He needs the HiccAway to do it.

Mark Cuban wanted to know how much the product costs. Amanda explained that they sold commercially for $14 and wholesale for six dollars, while it cost $.70 to make. They were selling on Amazon as well as on their website.

Barbara started the bidding war because she said most Sharks were interested in it. She, however, was not. She said that when she had kids, she couldn’t remember where the thermometer was when they were sick. She didn’t see it as something people would remember to grab once they needed it. She went out and wished the entrepreneurs luck.

The doctor said that he understood, but he explained that Forbes magazine did a piece stating that hiccups were the 3rd most common health-related search term worldwide. He insisted that people were looking for a solution. Kevin was up next and said that he believed it would be a tough sell to convince people that the device worked when they were standing at the store display, deciding if they should purchase it.

Lori said that it seemed intuitive to her. She didn’t think that there were many items out there like it. He wouldn’t have to worry about competition coming and swapping it away. She said that her issue was the need for it. She wasn’t sure that many people felt the need to have it, and she went out. 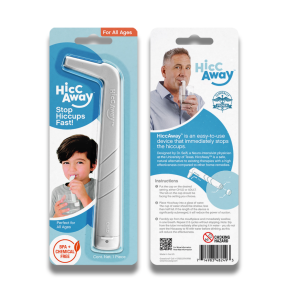 Mark Cuban said that he loved it. In mid-2022, he had launched an online pharmacy that saved people a ton of money. It wasn’t surprising that he was interested in a health gadget. He said that anything that solves a medical problem that bothers people and has the science to back it up is good. He noted that it wasn’t something that would blow up and sell hundreds of thousands of units in a day, but that’s a good thing. It would be a slow burn to get people what they need.

He understood that it would take time for people to realize that the product was out there. Everyone’s medicine cabinet would feature the HiccAway in the future. Mark offered them $250,000 in exchange for 20% equity and was not willing to have a debate about it. Kevin jumped in and offered 15% for the same amount of money. After a bit of haggling, the trio accepted the offer from Mark Cuban. It seemed they were aware of his connections in healthcare – or maybe they did not want to work with Mr. Wonderful. Daymond did not get the chance to make an offer.

HiccAway Now in 2022 – The After Shark Tank Update 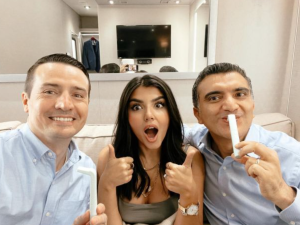 Their Shark Tank episode aired in late January 2022, and since then, the entrepreneur’s behind HiccAway have already made great strides. They exhibited their invention at the ACP Medical Conference on April 29th, 2022 and gave away free samples. They made several posts about their experience on TikTok, and one of them blew up to 37k views on the popular app.

Prior to the conference, two influencers on TikTok made popular videos about their experiences with the HiccAway. Vickie Comedy and Payton Styles both dealt with long lasting and painful hiccups, and were willing to give the new product a try. Vickie said in her video that she had trouble sucking the water out of the straw, but after about 5 seconds she stopped her diaphragm spasms. She seemed genuinely surprised and excited. Payton has similar results. It was unclear whether or not these were sponsored posts.