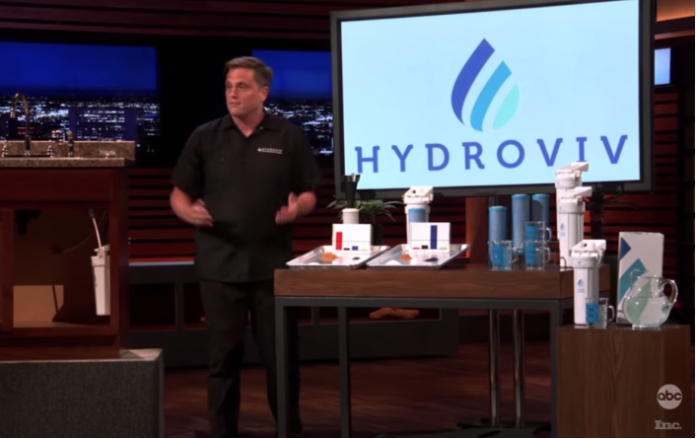 This problem is what motivated Eric Roy to start Hydroviv. He saw that different cities had different filtration problems and they couldn’t have the same filtration system. Hydroviv is a water filtration system that is customizable and the user adjusts the filtering components to suit the water that they are filtering.

The Flint Michigan water crisis was what triggered Eric to start the company. The filters in the market couldn’t provide the filtration that Flint needed. Eric wasn’t even motivated by profit when he made the device. He made them in his apartment and started donating them to organizations helping the Flint community.

Eric Roy has already enjoyed some sales but he has a problem with marketing. He approached Shark Tank for an opportunity to get advice on sales and funding to hire a more skilled sales team. He was invited to be on the 19th episode of the 10th season.

Eric Roy went onto Shark Tank seeking $400,000 and was offering 10% of Hydroviv.  Eric went to the show with a demonstration where the Hydroviv system was connected to a kitchen faucet. Rohan Oza asked for the retail price and was told it retailed at around $190 and it cost $48 to make and ship it to the customer. 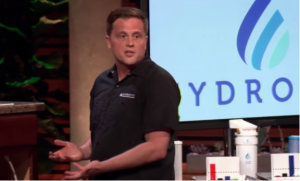 Kevin asked how long the filter lasted and was told that it lasted for 6 months. A buyer would want to buy the upfront system and then subscribe. The cartridge cost $10 to make and would cost $55.25 to be renewed for a whole year.  Kevin then asked what their sales for that year were.

Eric said that in that year they would get $325,000 as gross revenue and expected the following year’s revenue to reach $1,7000,000. Rohan asked where they were selling their product and was told that they were mainly relying on E-commerce sales from their own website.

Lori needed a better explanation about what the Hydroviv filter was removing.  Eric then gave the explanation of how the filtration system adjusted to the water it was filtering. Kevin then wanted to know what parts of the Hydroviv were patented.

Eric said that they had multiple patents: one was for the method of building the cartridge and the other was for the cartridge. Rohan asked Eric how he planned to create awareness for the products because he didn’t think that people even knew there was a problem.

Eric wanted to have a better advertising strategy. He already was getting frequent visitors to his website through the blog. He would hire a marketing person with a lot of experience to create awareness. Mark Cuban thought he was headed in the wrong direction and marketers would simply try to charge him as much as they could for their services. Mark Cuban thought that Eric would know what works and simply had a challenge in scaling it. Eric said that no one in the company has prioritized marketing.  The sharks told him that it should be the chief executive’s job.

Rohan said that he had a problem with the fact that consumers don’t realize the need for the product. He didn’t see any simple way of reaching an audience and how he could help Eric reach there so he left.

Lori then left. She said that the marketing was too complicated for her. She said it was too early for her to invest in the company and she doesn’t know how to tailor it to his community. This is why she left.

Mark said that he believed that the most important thing for Hydroviv was that it was trusted by its customers. He didn’t think that there was a need to spend money on advertising. He offered $400,000 for 20% of the company.

Barbara then left saying that she lacked confidence in the idea. She did not think that it was good for the company executive to not know much about sales and marketing.  Eric wanted to discuss something with Barbara but Mark Cuban would not allow it. Kevin also wanted to make an offer but Cuban would not let him hear it.

Eventually, Eric took Mark Cuban’s offer. Eric tried to talk to the sharks after but was told to leave. Eric said that Mark’s offer left him speechless and he was very happy to partner with him.

Hydroviv Now In 2022 – The After Shark Tank Update Although Mark was enthusiastic to partner with Hydroviv, he never made the partnership and the company is not listed on his website as one of his companies. However, just from being on the show, Hydroviv did experience an increase in demand for the product. It did record a revenue of $1,000,000 in 2021.

Hydroviv has also gone on to receive 2 major certifications from the Public Health and Safety organization. It has received the Ansi 42 award for Aesthetic effects and the Ansi 53 award for health effects. The company has also continued to have a great relationship with the sharks and Kevin O’Leary even wished it a happy fifth anniversary.

Hydroviv’s social media presence has also increased significantly since then. It has more than 19,000 followers on Instagram and 400 followers on Twitter. Its Youtube videos also get more than 20,000 views on average. Hydroviv is located in Washington and continues to provide employment to people and relief to those who need it. It has given organizations the opportunity to partner with it on its website.  It has worked with the Little Miss Flint Clean Water Fund which has raised $638,971 so far.

Although the organization is making a profit it still continues with its initial intention to ensure everyone has access to clean drinking water whether they can afford it or not.