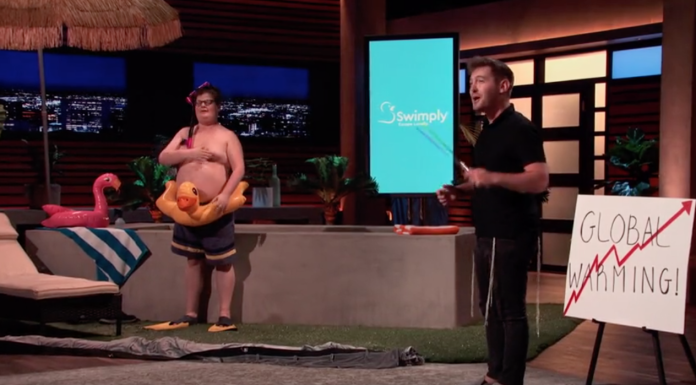 Swimming is one of the best summer activities for friends and family; however, public swimming pools are sometimes too filthy and crowded, and private swimming pools are too expensive. Wouldn’t it be wonderful if one could use one of the millions of swimming pools in the US, sitting there abandoned under the sun? That is when Bunim Laskin came up with the perfect solution; Swimply, the only service that allows anyone to rent a swimming pool from anyone!

In mid-2018, Bunim Laskin launched Swimply: a service that allows users to rent a pool for an affordable hourly price. Anyone looking to go for a swim alone, with a few friends, or with a large party can quickly rent a private pool through their phones. The mobile application allows users to rent a swimming pool of their choosing at a price they are comfortable with. Users can browse nearby pools to find the perfect fit for their needs.

Swimply works similar to Airbnb; pool owners can put up their unused pools, and users can choose to rent them for a select amount of time. Pool owners who use Swimply earn an average of $7,500 a month, which is a big incentive for those who own an unused pool to use the service. Bunim knew customers would line up to rent the pool or offer their own pool for rent. Swimply started slow, gaining only 30 swimming pools and 150 customers in the first year.

Bunim knew the next step for Swimply was to expand further and grow his business into the next big thing. To accomplish that, he went to the sharks seeking an investment and a business partner for his company.

Bunim Laskin appeared on season 11 of Shark Tank seeking $300,000 for 5% of his company at a $6 million valuation. Bunim pitched Swimply and demonstrated its services to the sharks. The sharks were impressed, and Lori even compared them to Airbnb but for pools. Bunim said the mobile application is live on the play store and app store. 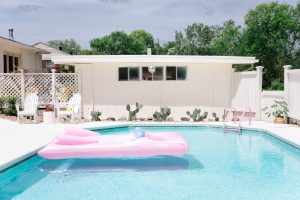 Bunim told the Sharks the company’s backstory. His neighbors had built a pool for their grandchildren which seldom saw use. So Bunim asked the neighbors if he could use the pool. They agreed on the condition that he helps pay for 25% of the maintenance fees. He accepted, and soon, half the neighborhood was paying to use the pool, and the owners were earning some extra money on the side.

After that, Bunim realized thousands of others had the same problem. It inspired him to create Swimply, the only app that lets anyone rent pools. Swimply started as a website with just a few pools. Bunim used Google Earth to find nearby unused pools to list on the website. He asked 80 pool owners, and only four of them agreed to list their pools. Bunim continued searching for pool owners and eventually managed to list 32 pools on his website.

Bunim raised $30,000 to raise an MVP (Minimum Viable Product) to hire a developer and designer. After Swimply launched, the company had 900 hours of pool reservations. The company continued to list more pools until they had 100 pools listed; however, the beta quickly fell through as Swimply didn’t have enough funds to keep going. Bunim used that beta to raise $960,000 at a $6 million valuation. In 2019 Bunim used the funds to build the final Swimply application. Since the application’s release to Swimply’s appearance on Shark Tank, the company had 1600 hours booked. 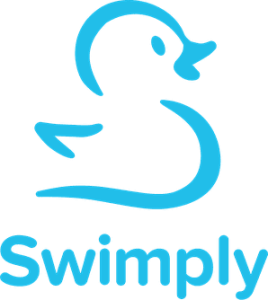 Swimply’s financial model was simple; the host would charge however much they liked by the hour. The company gains 25% of the hourly fee; 10% from the customer, and 15% from the pool owner. By the time of its appearance on Shark Tank, Swimply had made $215,000.

Barbara was concerned about the high valuation in comparison to the low revenue. Bunim stated that the company will scale massively, so the valuation is related to that rather than the current annual revenue.

Lori Greiner liked the idea and thought there was a real need for the service considering the millions of swimming pools in the US; however, she was hesitant about investing in the company, so she was out.

Bunim said that host owners have two options regarding bathroom usage; one is to have a side door to the house’s bathroom, and the other is to not have a bathroom option at all. Barbara inquired about the cost of each pool and how many customers use the same pool again after they had already rented it once. The young entrepreneur said the average pool’s cost per hour used to be $45 with an average of 7 people but has since gone up to $90 and 12 people per pool booking.

Barbara didn’t understand the product and its necessity, so she was out. 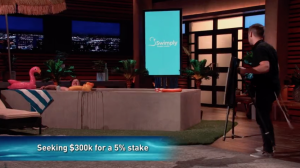 Mark Cuban liked the idea and saw the need in the market, but he wanted to know how the company planned to market its services. Bunim said in the beta that most of the users booking pools were families; however, when they released the app, the company experienced a technical problem. Users that had booked a pool wouldn’t receive a booking confirmation notification until four hours later.

Kevin O’Leary thought the valuation was insanely high, and it wasn’t worth investing at that valuation, so he was out.

Bunim justified his valuation; his projection for next year was $15 million in profit, and the company’s gross by 2022 would be $289 million post-revenue in the US.

Mark Cuban said the projections he mentioned would be impossible and that the company’s potential does not mean it would succeed, and for that reason, he was out.

Robert Herjavec, the only shark left in the tank, believed the projection was crazy and would be impossible to accomplish. Bunim said he was still 22 and was still figuring out the business. Robert said it was no excuse, and he was out.

Without an offer from the sharks, Bunim Laskin leaves the tank empty-handed. He was confident he could scale up and meet his projected revenue with or without the sharks.

Swimply Now in 2023 – The After Shark Tank Update

Swimply grew massively after its appearance on Shark Tank. After the episode aired, Covid-19 restrictions took place, and public swimming pools were banned. Swimply, having just appeared on Shark Tank in front of millions of viewers, was overwhelmed by the number of people using their service. The ban on public pools has made private publics much more popular, and Swimply was the perfect solution. 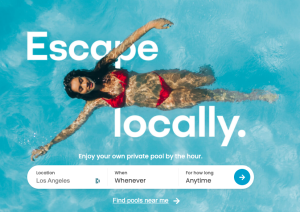 Swimply surged in sales and booking hours as customers used it to bypass the Covid-19 public pool restrictions. The company saw a massive 4,000% increase in revenue and app usage. This surge in business led the company to expand to over 130 markets, including Canada and Australia. In 2021, Swimply raised $10 million in venture capital which helped them improve their application, website, and rental system.

The company encountered some trouble in Wisconsin when the Department of Health threatened to fine the pool owners using the application. However, Swimply was able to avoid any issues by threatening to sue the state. Near the end of 2021, an Airbnb founder along with other investors invested $40 million in Swimply, allowing the company to expand once more.

Swimply is now planning to expand even further than swimming pools. The company plans to use the same rental system for home gyms, tennis courts, hot tubs, rooftops, and large private spaces. One Portland Swimply host even claimed he made roughly $111,000 in a single season. Swimply has its own Wikipedia page and is on its way to becoming the next big thing, similar to Uber and Airbnb.

Swimply will continue growing and expanding over the following years. The company will scale until every person who has heard of Airbnb has also heard of Swimply. The Sharks have certainly missed out on investing in Swimply as the company continues to expand in 2023. For more information and updates on Swimply, visit their website here.