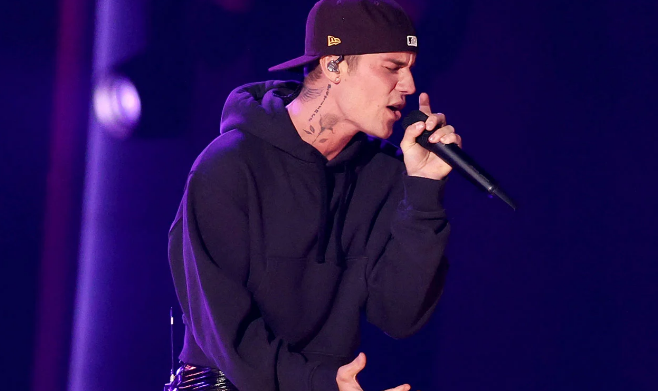 Justin Bieber announced a week ago that he has been diagnosed with a rare condition called Ramsay Hunt syndrome and that he has been experiencing facial paralysis. A video, which was posted to his Instagram, showed his symptoms: an inability to blink and smile on one side of his face.

As a result, the singer is forced to postpone his remaining North American tour dates, which were originally scheduled for June and early July. He had also cancelled shows in Inglewood and Milwaukee, California. According to his Instagram post, he will be rescheduling the shows and will be making an announcement as soon as it’s available. As for his other 75 shows, they’re still on. The dates include stops in Japan, Brazil, Denmark, Italy, and more, with a final show in Poland.

For now, Bieber is at home and resting. “It will go back to normal”, he said in his Instagram video.

What Is Ramsay Hunt Syndrome?

Ramsay Hunt Syndrome is a rare neurological disorder that’s caused by the varicella-zoster virus (the one that causes chickenpox). More specifically, it occurs when the virus infects the nerves near the inner ear. Symptoms include facial paralysis, tinnitus (ringing in your ears), hearing loss, vertigo, rash, dry mouth and eyes, and loss of taste. Left untreated, it can also lead to eye damage, permanent hearing loss, and postherpetic neuralgia.

It can affect anyone who’s previously had chickenpox, however, it’s often seen in older adults above the age of 60. While it isn’t contagious, reactivation of the virus can cause chickenpox in those who haven’t previously had it (or been vaccinated for it).

In terms of treatment, there are several medications that can help ease pain and reduce the risk of long-term complications. These include corticosteroids, antiviral drugs, anti-anxiety drugs, and pain relievers.